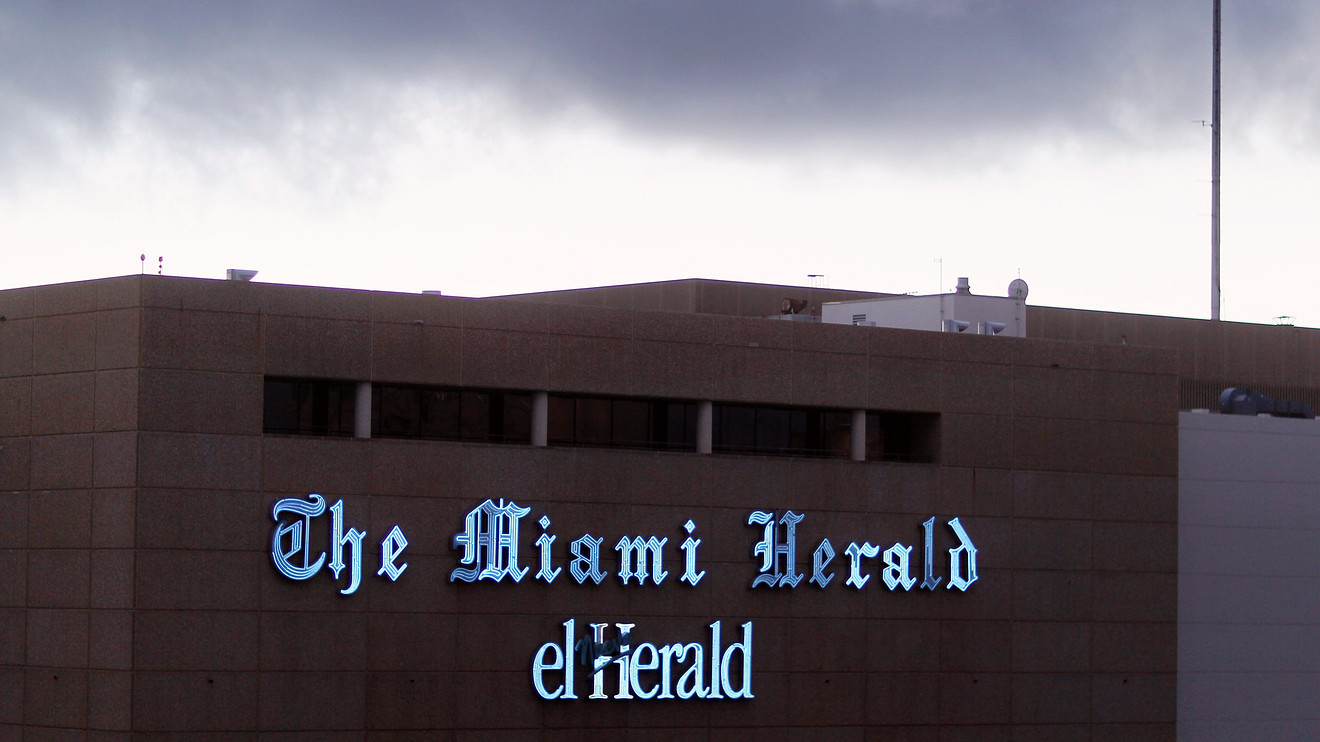 Shares of McClatchy Co. sank Wednesday, after the publisher of local newspapers warned that it faced a “liquidity challenge” next year following an unfavorable ruling associated with required contributions to its under-funded pension plan.

McClatchy, whose publications include the “Miami Herald,” “The Kansas City Star” and “The Charlotte Observer,” also reported a large third-quarter loss and a year-over-year decline in revenue for a 27th consecutive quarter, as advertising revenue fell below audience revenue for the first time in the company’s history.

McClatchy said before Wednesday’s opening bell that the Internal Revenue Service has declined its request for a three-year waiver of the minimum required pension contribution, for the years 2019, 2020 and 2021.

The company said its pension plan was under-funded by about $535 million as of March 31, with about $124 million of contributions due over the course of 2020. The amount due “greatly exceeds” anticipated cash balances and cash flow, creating “a significant liquidity challenge” for next year.

McClatchy said it was working with “many members of Congress” in search of a legislative relief that would mitigate the minimum required pension contributions. The company has also initiated talks with the Pension Benefit Guaranty Corp. and its largest debt holder for exploring a more permanent solution to its pension obligations.

“We are working hard to find solutions for the company and its more than 24,000 pensioners,” said Chief Executive Craig Forman. “But our current workforce of nearly 2,800 employees represents about one in ten pensioners. Those who joined the company in the last 10 years do not participate in a plan they are working to support, one that was frozen to new participants in 2009.”

The company also reported a net loss of $304.7 million, or $38.43 a share, after net income of $7.0 million, or 90 cents a share, in the same period a year ago. Because of “challenging business conditions and the resulting weakness in the company’s stock price,” a total of $295.3 million in charges were recorded for the impairment of goodwill and masthead intangible assets.

Revenue fell 12% to $167.4 million, as advertising revenue declined 19% to $76.8 million and audience revenue dropped 6.8% to $78.3 million. The company has recorded a year-over-year decline in revenue for every quarter since it last reported growth in the fourth quarter of 2012.