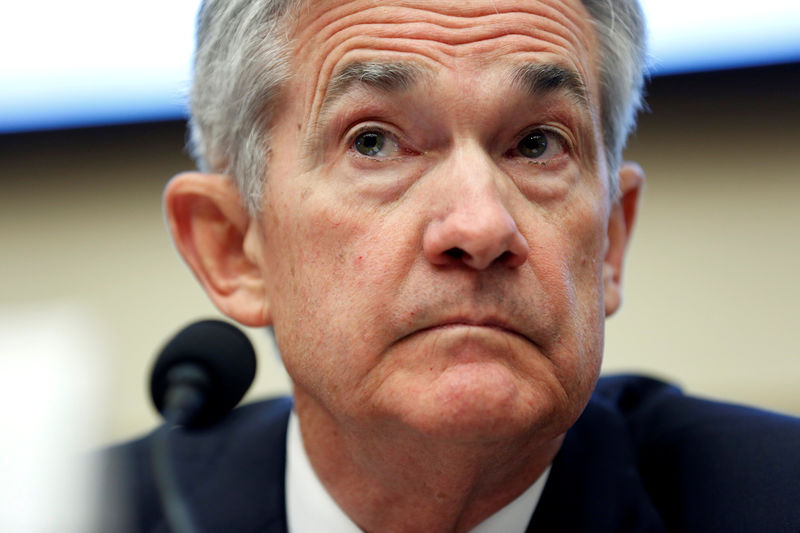 (Bloomberg) — Federal Reserve Chairman Jerome Powell said the current stance of monetary policy is likely to be sufficient provided the economy stays on track, but warned that “noteworthy risks” remain to the record U.S. expansion.

“We see the current stance of monetary policy as likely to remain appropriate as long as incoming information about the economy remains broadly consistent with our outlook,” Powell said Wednesday in remarks prepared for delivery to the congressional Joint Economic Committee in Washington. “However, noteworthy risks to this outlook remain.”

Powell, whose comments largely echoed his message on Oct. 30 after the Fed’s third rate cut this year, said slowing global growth and trade developments pose “ongoing risks.” He added that persistently low inflation could lead to an “unwelcome” slide in the public’s longer-run expectations of inflation.

Powell, who is scheduled to begin his appearance at 11 AM ET (16:00 GMT), said the Federal Open Market Committee cut the policy rate, which is now in a range of 1.5% to 1.75%, to support growth and move inflation back to the 2% target. He added that the committee was prepared to respond to a “material reassessment” of its outlook. The speech suggests the Fed chairman is still attentive to downside risks though policy makers would need to see an accumulation of data before changing rates again.

Powell and the Fed have been relentlessly criticized by President Donald Trump, who has blamed the central bank’s policies, rather than the U.S.-China trade war, for a slowdown in the U.S. economy as he ramps up his 2020 re-election campaign.

“We’re paying actually high interest. We should be paying by far the lowest interest,” Trump said Tuesday in New York, complaining that by shunning the negative interest rates deployed by other central banks, the Fed “puts us at a competitive disadvantage.”

U.S. economic data has continued to show strength among households and financial conditions have eased with stocks touching record highs on Wall Street this month. Consumer sentiment improved for a third month in November, according to the University of Michigan’s preliminary sentiment index, while employers added 128,000 new jobs in October. Powell said the Fed expected some easing in the pace of job gains after last year’s strong pace.

Manufacturing and business investment continue to lag. A gauge of U.S. manufacturing signaled the sector contracted for a third straight month with the weakest production level since the last recession.

“Looking ahead, my colleagues and I see a sustained expansion of economic activity, a strong labor market, and inflation near our symmetric 2% objective as most likely,” Powell said.