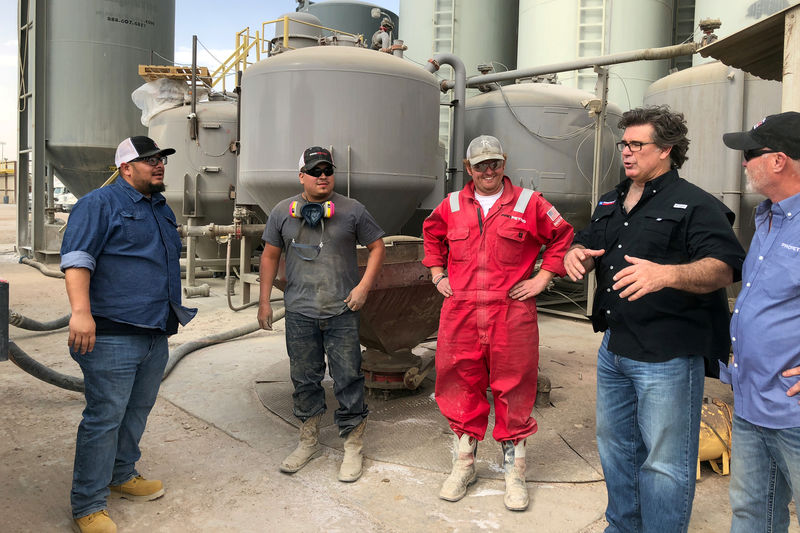 By Liz Hampton and Shariq Khan

(Reuters) – Oilfield services firm ProPetro Holding Corp (N:) on Wednesday said a board investigation had uncovered material weaknesses in its financial controls and an undisclosed related-party transaction with its former chief accountant.

The Midland, Texas-based company also confirmed Reuters’ report last month that the U.S. Securities and Exchange Commission had opened an investigation in its financial disclosures and reporting.

ProPetro provided the first snapshot of its business since disclosing the departure of its chief accounting officer and the demotion of two top officials amid an internal investigation into its financial accounting and disclosures.

Its board identified weaknesses in internal controls, two of which were material and at least one of which existed since Dec. 31. It plans to amend its 2018 annual report and first quarter 2019 financial filing to reflect the change, it said in a statement.

The undisclosed related-party transaction involved a business owned in part by former chief accounting officer Ian Denholm that had sold or leased a facility to ProPetro. Denholm resigned in October.

ProPetro also said it would not file its second and third quarter reports to the SEC before Dec. 31 due to the continuing investigation. Its internal review, however, has not to date identified anything requiring restatements of its balance sheet, statement of operations, shareholders’ equity or statements of cash flow, it said.

A company spokesman declined a request to interview an executive on Wednesday. ProPetro will hold a conference call on Thursday morning to discuss its results.

ProPetro has disclosed real-estate and rental transactions with executives and board members. In addition, Chief Executive Officer and co-founder Dale Redman and former finance chief and co-founder Jeffrey Smith reimbursed the company a combined $364,000 for expenses improperly billed to ProPetro.

Its stock has fallen sharply this year amid slowing oilfield activity and concerns about its internal review and SEC investigation.