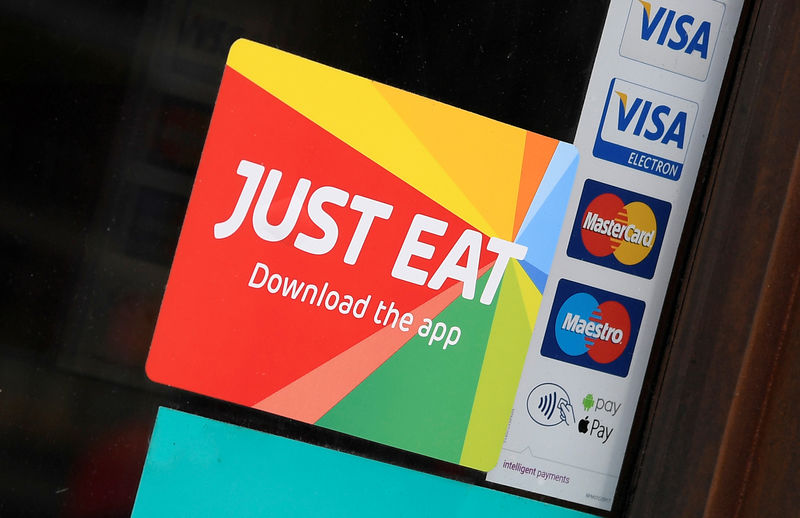 By Paul Sandle and Toby Sterling

BARCELONA/AMSTERDAM (Reuters) – Takeaway.com (AS:) Chief Executive Jitse Groen said on Wednesday he did not intend to increase a 4.3 billion pound ($5.5 billion) offer for Britain’s Just Eat (L:), despite a higher unsolicited bid from larger rival Prosus (AS:).

A Takeaway-Just Eat tie-up, which is backed by Just Eat’s boards, would create more value in the long run, Groen told Reuters on the sidelines of a conference in Barcelona.

Asked whether he would sweeten the bid, Groen said: “no”.

“The combination is the new Booking (NASDAQ:).com, for investors that is the thing to think about,” he said, referring to the online service that grew to dominate its sector by offering the largest selection of hotels and an easy-to-use ordering app.

Groen, who owns 25% of Takeaway himself, said the deal has “a lot” of support from Just Eat shareholders.

“Because they are the same shareholders, there’s a lot of overlap. People know our track record,” he said.

Prosus’s cash offer of 710 pence values Just Eat at around $6.3 billion and is currently 12% higher than Takeaway’s all-share offer of 634 pence. Just Eat shares were trading at 734.4 pence at 1204 GMT, a signal investors still believe a higher offer is on the cards.

Investor Cat Rock, which holds 5.69% of Takeaway shares and 2.6% of Just Eat, has said it backs the merger and opposes the Prosus bid as insufficient.

However, Aberdeen Standard Investments and Eminence Capital with 4.92% and 4.26% of Just Eat respectively have said they consider the Takeaway offer too low.

Prosus, which has argued it has more resources to invest after poor third quarter results from Just Eat, responded on Wednesday by saying that Takeaway underestimates “the level of investment required in a sector that is changing rapidly”.

“Ours is the only offer that provides the certainty of cash to shareholders at an attractive and fair value,” it said.

Takeaway also said on Wednesday it would introduce Takeaway’s branded delivery service in Britain and combine the two companies’ IT systems to save on costs.

Those changes would cost “tens of millions” of euros in the short term but would strengthen the combination’s competitive position and lead to long-term growth, it added.