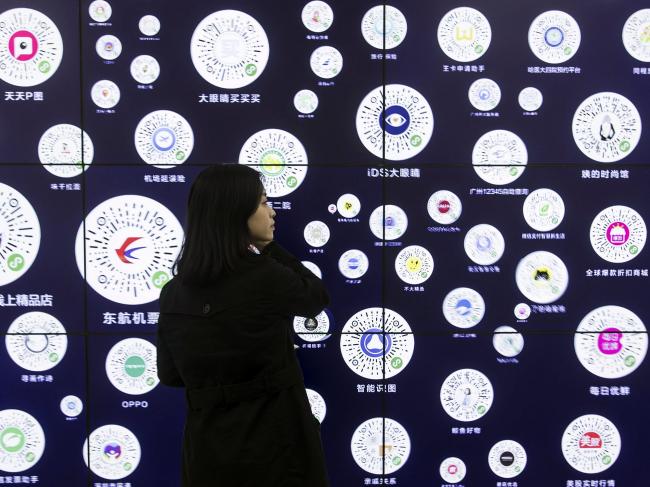 Net income fell 13% to 20.4 billion yuan ($2.9 billion) in the September quarter, well below the 23.5 billion-yuan average of estimates. The Chinese social media and entertainment behemoth reported a 90% drop in one-time gains — an item that tracks its vast portfolio of startups around the world — after swallowing charges for investments in connected automobiles. Shares in Prosus NV, which groups largest shareholder Naspers Ltd.’s internet holdings, fell as much as 4%.

China’s economic slowdown is dousing revenue growth across Tencent’s platforms, dampening appetite for advertising among large brands as well as subscriptions to its video and music streaming services. Sales from media advertising, including on the Netflix-like Tencent Video service, plummeted 28% as marketers cut spending while major shows got delayed. Beijing’s decision to cap playing time for underage users is also prompting Tencent to spend more on producing AAA-rated mobile titles that appeal to a global audience, such as Call of Duty Mobile.

“The results were unbearable,” said David Dai, a Hong Kong-based analyst with Bernstein. “Games and media advertising were especially bad.”

Tencent’s sprawling gaming empire had helped offset some of the weakness in advertising growth, a consequence of a slowing Chinese economy as well as competition from the likes of ByteDance Inc. Revenue from the Value Added Services unit, which includes sales from online games and messaging service WeChat, climbed 15%. WeChat, the ubiquitous messaging service, had 1.15 billion monthly active users as of the end of September.

For this quarter, Tencent hit pay dirt with its smartphone adaptation of Call of Duty — one of the world’s best-selling franchises. The game garnered more than 100 million downloads in the first week, putting it ahead of Nintendo Co (T:).’s Mario Kart Tour. That was four times more than Fortnite’s mobile version managed.

“Video ads and subscribers remain under pressure,” Jerry Liu, a Hong Kong-based analyst at UBS, said in a report. “Investors are pricing in lower structural growth in gaming, pressure in advertising growth due to macro and competition, and more regulatory headwinds in online content.”

Longer term, Tencent owns stakes in some of the biggest U.S. game studios and publishers, including the outfits that created household names Fortnite, League of Legends and World of Warcraft. The Chinese company is now counting on converting popular PC content for smartphones to re-kindle growth. The pipeline for such content stretches into 2022, the company says.

Revenue rose 21% to 97.2 billion yuan. Shares of Tencent were mostly unchanged in Hong Kong Wednesday before earnings were announced. The stock has increased 4.3% this year, compared with a 36% rise for New York-listed Alibaba (NYSE:) Group Holding Ltd.

Despite a tumultuous year, Tencent President Martin Lau said in February the company wouldn’t scale back on investment. The company has sunk money into more than 700 portfolio companies, including 122 that have become unicorns worth $1 billion or more. In China, its portfolio companies are worth roughly $107 billion, according to data compiled by Bloomberg.

(Updates with an analyst’s comment from the fourth paragraph.)