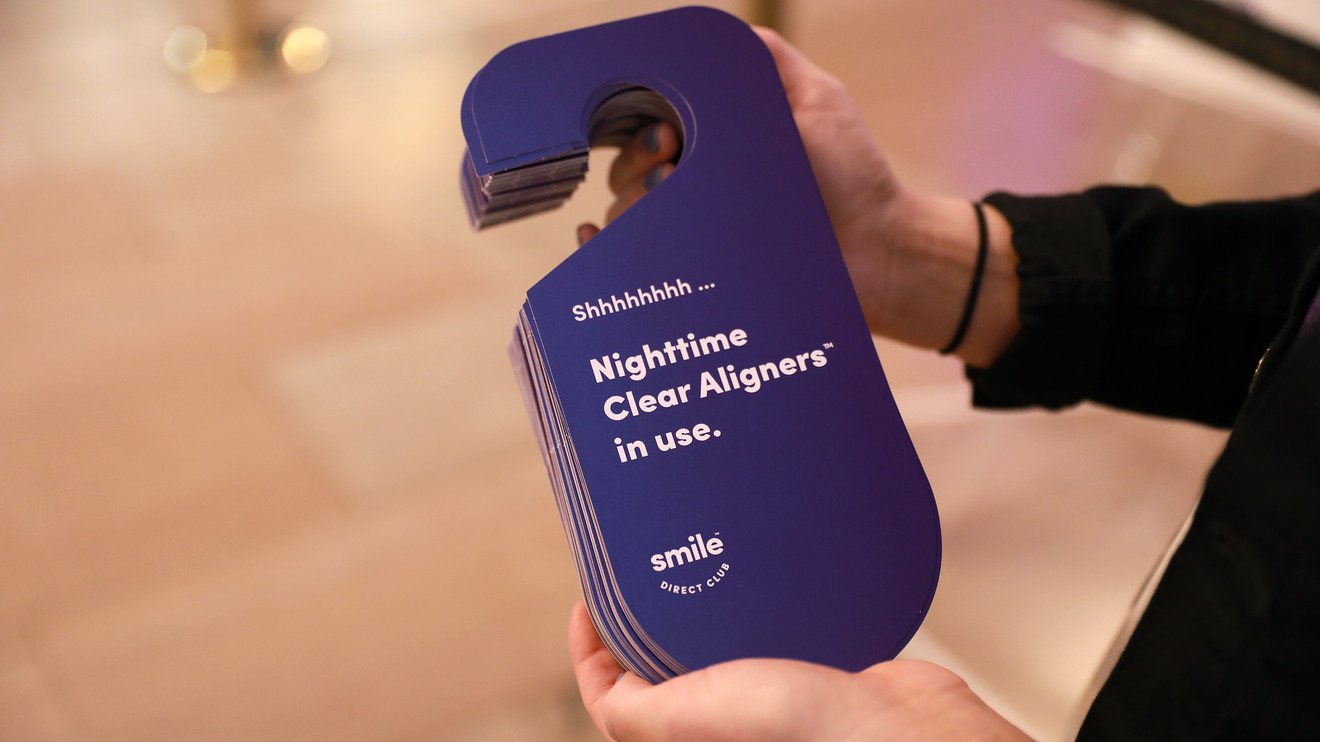 SmileDirectClub Inc. shares slid another 18% Wednesday, as investors appeared at odds with a continued stream of bullish analyst comment on the “teledentistry” company following its first earnings as a public company.

The stock SDC, -18.68% is trading about 62% below its initial public offering price of $23, after a series of setbacks that include a scathing report from a short seller, regulatory action in California, Alabama and Georgia and opposition from medical organizations, including the American Dental Association and the American Association of Orthodontists to its business practices.

The stock has steadily moved lower, even after all 10 banks that underwrote its September IPO initiated coverage in October with buy ratings.

Those ratings were upheld on Wednesday, with only one bank, Citigroup, lowering its EBITDA estimate and saying the quarterly report added “more fuel for bears than bulls.”

But even then, analyst Stephanie Demko reiterated her buy rating and $19 stock price target, that is more than double its current price. “We continue to believe in SDC’s mid- term growth trajectory,” she wrote in a note. “Next catalyst: FY20 guidance with 4Q19 results.”

Nashville-based SmileDirect, which uses a business model that allows customers to receive clear aligners by mail, posted a wider loss than in the year-earlier period, although not as wide as feared, while revenue came in ahead of estimates.

The company operates out of so-called Smile Shops where customers get a 3-D image of their teeth taken, or they can buy an online kit and make an impression themselves. The results are mailed to the company which then develops and ships the aligners back. Orthodontists have criticized that approach on the basis that thorough oral exams and follow up are required before any orthodontic procedure. Short seller Hindenburg Research said the company has been besieged by complaints from customers whose teeth were damaged or broken by inappropriate treatments.

The company has hit back at “organized dentistry” accusing it of trying to block its effort to provide low-cost teeth-straightening to consumers.

“I spent my career building and scaling disruptive businesses, and as a disrupter, it is not uncommon to face reactions from an entrenched industry that has not previously been challenged,” he told analysts, according to a FactSet transcript. “T`his is not new for us as a company, nor is it something that will disappear overnight. “

See also: Why 37 million people in the U.S. don’t have dental coverage — and the painful price they pay

The company has launched a national and international lobbying effort to address its critics, who “have resorted to various tactics to advance their anti-competitive agendas and preserve their pricing power, all in an effort to keep consumer prices high,” he said.

Chief Financial Officer Kyle Wailes acknowledged a significant increase in legal costs, as the company battled regulatory efforts, including a change of law in California signed by Gov. Gavin Newsom, that includes protections for patients who undergo direct-to-consumer orthodontic treatment.

“Our legal expenses doubled in the third quarter of 2019 compared to the second quarter,” he said. “You can expect to see this continue into the fourth quarter, as we maintain our proactive stance to defend our mission in support of consumer access to care.”

SmileDirect reported a third-quarter loss of $88.3 million, or 89 cents a share, compared with a loss of $15 million. It did not provide a per-share number for the year-ago period. Revenue rose to $180.2 million from $119.7 million in the year-ago quarter. Analysts surveyed by FactSet had forecast a loss of 97 cents a share on revenue of $165.4 million.

“Given the clear momentum we saw in 3Q19, we believe this represents a conservative bar that should enable another beat,” analysts led by Robbie Marcus wrote in a note to clients.

Jefferies analysts led by Brandon Couillard said they continue to view the company as “one of the best open-ended growth stories in medtech with meaningful scale, strong value proposition, and a powerful in-house marketing engine that positions it for multiyear growth (~50% revenue compound annual growth rate through 2-22) in a huge untapped TAM (total addressable market).”

William Blair said it viewed the numbers as positive, “although perhaps not positive enough to change the negative sentiment that has developed around the stock over the last two months given regulatory question marks.”

Analysts led by John Kreger said they expect the regulatory outlook to remain cloudy, including in California. But they are sticking with their outperform rating on the stock.

In case you missed it: SmileDirectClub went public: 5 things to know about the teeth-straightening startup