Home
Stocks
The Tell: Stock buybacks of $570 billion next year may support the S&P 500 even if there’s a recession, report says
Prev Article Next Article 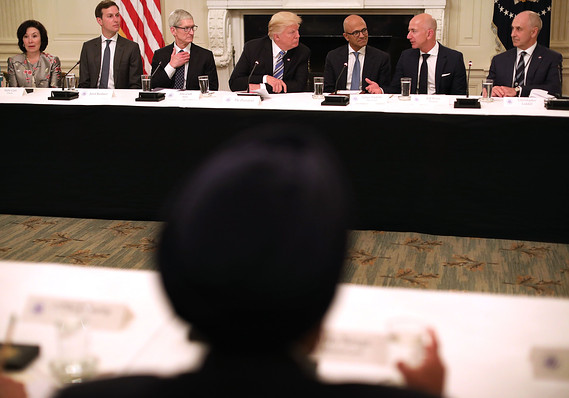 Stock buybacks may be the subject of criticism by people ranging from Sen. Bernie Sanders to BlackRock CEO Larry Fink for depressing investment and causing income inequality.

Research published by the French bank Societe Generale shows that S&P 500 companies have bought back the equivalent of 22% of the index’s market capitalization since 2010, with more than 80% of the companies having a program in place. 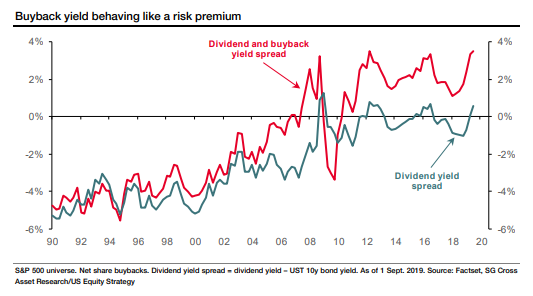 In the second quarter, there was the equivalent of what SocGen called a 3.2% buyback yield, on top of the 2.2% dividend yield.

The low cost of debt is one reason for the surge, with interest rates not that far above zero, and President Trump’s package of tax cuts in 2017 further triggered a big repatriation of cash held abroad. Since the passage of the Tax Cuts and Jobs Act, non-financial U.S. companies have reduced their foreign earnings held abroad by $601 billion.

This repatriation may have run its course, and stock buybacks should decline from here, but they will still be substantial. “We think corporate buying will remain at double the long-term average, which would act as a cushion for equity price action in our U.S. mild-recession scenario,” the report says.

SocGen estimates tech companies will buy $160 billion of their own stock next year, financials will buy $140 billion, and the rest of the S&P 500 will buy $270 billion.