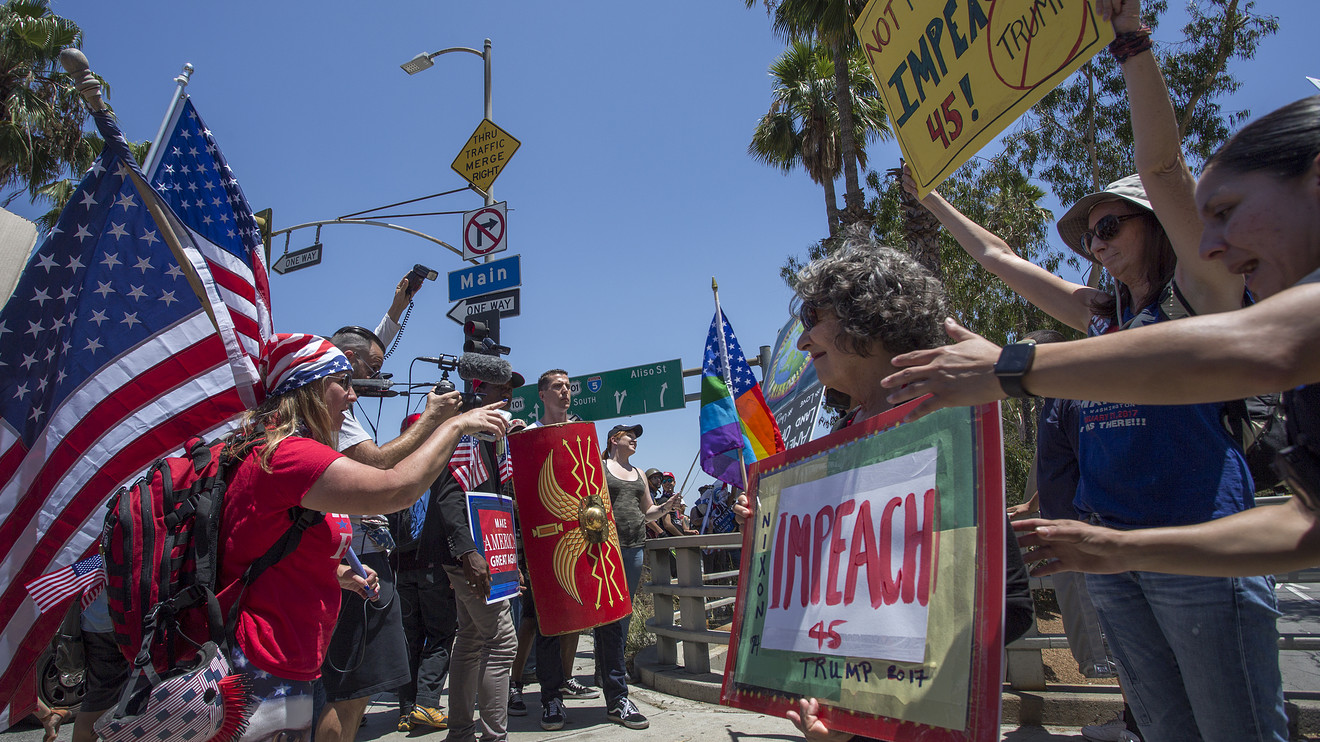 Across the country, there are going to be at least some people at work who will be glued to the nationally televised Capitol Hill hearings and ready to talk about it with colleagues who are willing to listen to them or argue with them.

Impeachment proceedings are either a necessary step, or they’re a “witch hunt” depending on someone’s political affiliation.

Either way, it won’t do much to lighten the mood in offices where political differences are out in the open and the workplace culture is already on shaky ground.

Worker turnover because of “toxic” office cultures has already cost companies $223 billion in the past five years, up 24% from 2008 to 2012, according to findings released in September from the Society for Human Resource Management (SHRM).

Democrats allege Trump pressed Ukraine’s leader to “look into” Democratic rival Joe Biden and other gripes the president had relating to the 2016 presidential election, according to a transcript of a phone call made to the Ukrainian President Volodymyr Zelensky. Trump’s defenders insist there wasn’t any quid pro quo.

‘The division we already have in the workplace now has been multiplied.’

“The division we already have in the workplace now has been multiplied,” SHRM President and CEO Johnny Taylor, Jr. said a day after House Speaker Nancy Pelosi announced an impeachment inquiry into Trump.

Mounting political polarization is forcing HR managers to venture into new territory and affecting employees’ ability to do their jobs.

“We have to manage that [political division] at work, and in the past, HR would never do that. We’d just say, ‘Don’t talk about that at work.’ They’re talking about it. Who isn’t talking about it? We’ve got to figure that out,” Taylor told MarketWatch. He says managers should bring workers together and let them discuss the issues, but with clear rules about being respectful and civil.

During the last presidential election, 22% of workers got into a “heated discussion with a co-worker” a 2018 survey lrom the staffing company Robert Half International RHI, -0.30%  found. Another 15% said their productivity slipped because of the water cooler political talk.

There have been three times the number of calls related to politics this year compared to last on one HR hot line.

More human resource professionals are grappling with how to handle workers who talk politics on the job. It may be a politically fraught time, but it’s also an extremely tight job market where many companies are working hard to ensure workers don’t leave for another position.

The SHRM hot line already received 916 queries this year on how to handle politics in the workplace, up 195% from 310 politics-related calls the previous year, said Alexander Alonso, the professional association’s chief knowledge officer. The hot line receives 600,000 calls every year.

In fact, queries on politics are increasing at a much higher rate than questions about sexual harassment, even as the #MeToo movement gains steam. The hot line has received around 24,000 calls (4% of all calls) on sexual harassment, a 150% increase compared to 2016, he said.

Don’t miss: In the #MeToo era, 60% of male managers say they’re scared of being alone with women at work

“It’s like nothing we’ve seen,” Taylor said of the sharp uptick in calls over politics. “The level of toxicity in the environment is at an all-time high,” he added.

SHRM followed its look at the cost of “toxic” office cultures with a specific look at politics in the workplace. Almost half — 42% — of employees said they’ve had a political disagreement with a co-worker, according to a recent survey.

Federal and state laws let workers discuss job conditions, practices and pay while they’re at work. Yet there are very few laws protecting employees from being punished for talking about politics, especially private sector workers, according to Workplace Fairness, an employee advocacy organization.

See also: Think twice before talking about Trump at work—it could hurt your chances of promotion

Broader political disagreements can sometimes bleed into workplace complaints. For example, the National Labor Relations Board recently settled a case with Google, saying the company had to post notices about workers’ right to talk about pay and safety conditions.

A former employee, Kevin Cernekee, filed the complaint. He alleged he was fired from Google GOOG, +0.21%  for his conservative-leaning comments on a company chat forum. The company previously said it terminated him for allegedly downloading secret company documents to a personal device.

The NLRB settlement does not discuss political activity, a spokesperson for Google GOOGL, +0.20% told MarketWatch. The tech giant’s employee guidelines state, “while sharing information and ideas with colleagues helps build community, disrupting the workday to have a raging debate over politics or the latest news story does not.”