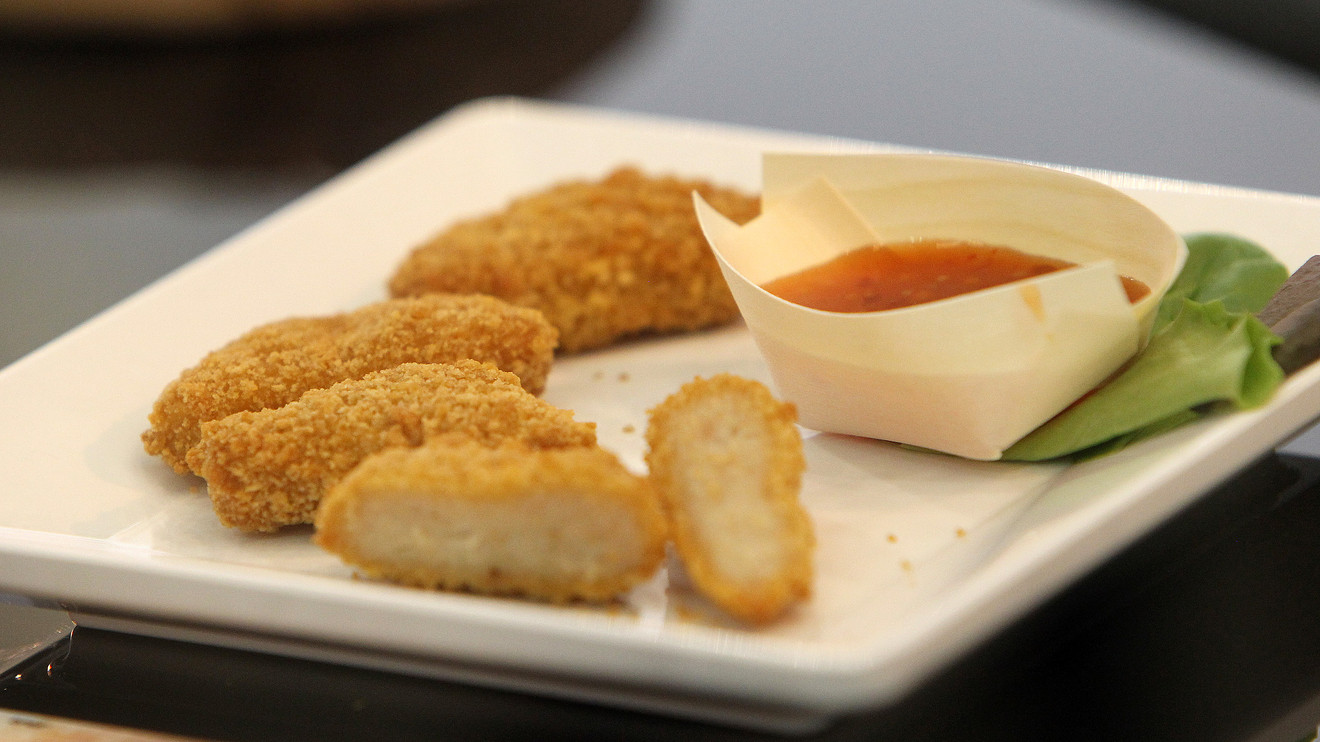 Tyson Foods Inc. says plant-based nuggets from its Beyond Meat Inc. competitor Raised & Rooted are now in 7,000 stores, almost double the number of stores since the company’s last earnings, with an expanded presence at food-service companies.

In August, after the food company’s previous earnings report, it said it would have Raised & Rooted in 4,000 stores by the end of September.

In addition, blended Raised & Rooted burgers, made with a mix of Angus beef and plant protein, began shipping this month.

“Alternative protein projections remain strong, and we’re well-positioned to lead in this growing space,” said Chief Executive Noel White on the earnings call, according to a FactSet transcript.

Analysts have raised the possibility that Beyond Meat BYND, +1.93%, the current leader in plant-based meat, could be overtaken by Tyson TSN, +7.43% and other large food companies that have been increasingly making a push in meat alternatives.

Read: Beyond Meat is the plant-based meat leader now, but margins are at risk: UBS

However, on the call, White said the company is “optimistic” about fiscal 2020.

“Currently we expect to meet or exceed our long-term target of high-single digit adjusted earnings per share growth,” he said.

The company did not provide an adjusted EPS target for fiscal 2020, due to the uncertainties stemming from the African swine fever outbreak in China and various trade agreements, wrote CFRA Research’s Arun Sundaram, noting White’s comments.

“We find this guidance very conservative and forecast Tyson can deliver about 20% adjusted EPS growth in fiscal 2020, driven by increased prices (especially in prepared foods), significant EBIT margin expansion in the chicken segment, cost savings and strong export demand due to reduced trade barriers and strong demand,” said the analyst.

Within just the past couple of weeks, China lifted its four-year-old ban on U.S. chicken imports, which sent shares of poultry companies like Sanderson Farms Inc. SAFM, +3.31% soaring.

China is dealing with an African swine fever outbreak that has decimated pig herds and sent the price of pork through the roof.

Don’t miss: China’s pork crisis is bigger than you think

“Exports to Mexico, Japan and China are picking up, and we’ve started seeing improved pricing because of supply shortages in China and other Asian countries affected by ASF,” White said on Tyson’s earnings call.