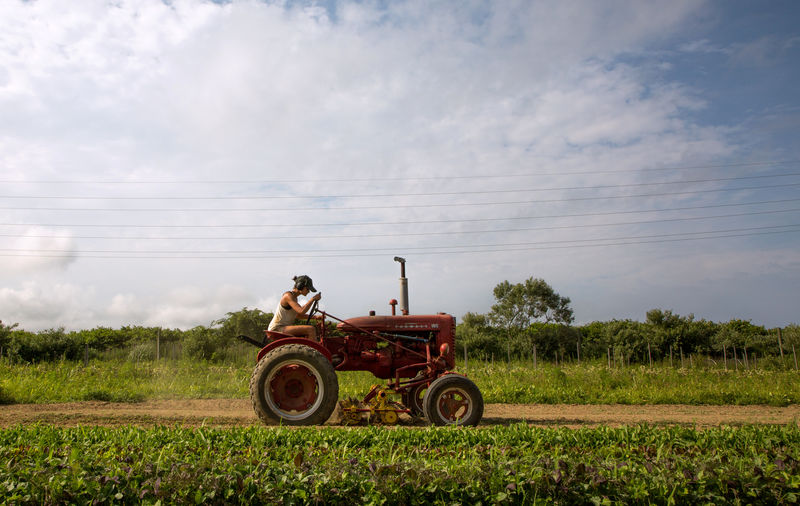 DALLAS (Reuters) – As the U.S.-China trade war drags on, more farmers are expected to take out debt against the land they own – their collateral of last resort – to keep their operations going, according to a survey of lenders.

The survey found that bankers are increasingly worried about farmers facing cash-flow problems: 46% of bankers expect an increase in loans secured by farmland for the 2019/20 growing year, up from 37% for the previous period.

The poll by the Federal Agricultural Mortgage Corp (Farmer Mac) and trade group the American Bankers Association (ABA) was released this week at the ABA’s annual agricultural banking conference.

The concern comes as the U.S. farm economy deteriorates. Farmland is the key pillar of equity in the U.S. agricultural heartland, which has been suffering from lingering weakness in commodity prices and loss of key export markets due to President Donald Trump’s trade disputes.

Previously, bankers had been focused on commodity prices falling and decreases in overall farm income, said Jackson Takach, chief economist for Farmer Mac, which provides a secondary market for a range of loans made to borrowers in rural America.

“But this year, for the first time, it was liquidity,” Takach said in an interview with Reuters.

One key concern among lenders is that farm profits have continued to fall even as the survey found some bankers are seeing farm family expenses rising, in part due to an increase health care expenses, said Jim Chessen, chief economist for the ABA.

About 57% of farm loan customers were profitable in 2019, according to the survey, but more than 82% of farm bankers said their customers’ profits were dwindling – with the biggest economic woes being felt in Midwest and Southern (NYSE:) states among dairy, grain and livestock producers.

Takach and Chessen said bankers are focused on whether or not farmland values will continue to hold steady. According to the survey, nearly of half of the respondents said they expect land values in their areas to decline in 2020.

For bankers, one key concern has been the amount of farmland that could come up for sale in the coming months and whether that could trigger an across-the-board fall for land prices. But there has been little sign so far of land supply outstripping demand, said F. Howard Halderman, president of Halderman Real Estate and Farm Management in Wabash, Indiana

“There hasn’t been a big increase in inventory coming on the market and that has helped keep prices stable,” Halderman said.