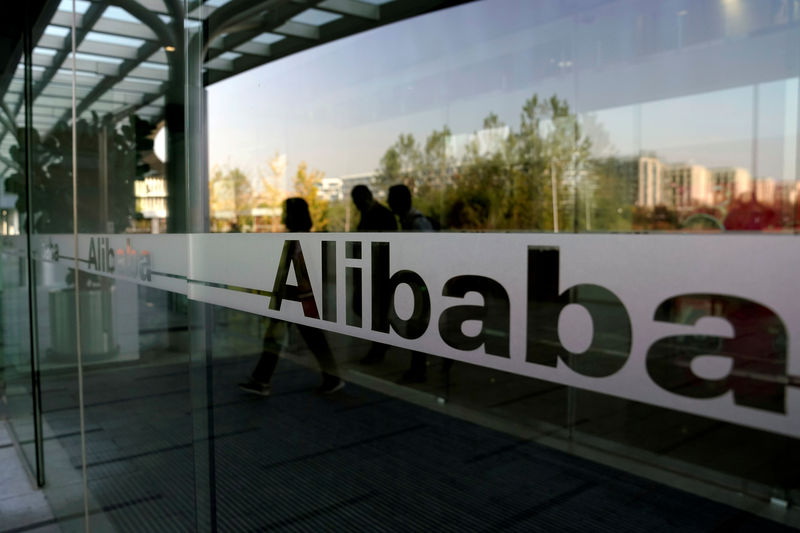 SHANGHAI (Reuters) – Alibaba’s Hong Kong listing will not only land it $13.4 billion, it will also garner goodwill from Beijing to help the Chinese e-commerce giant weather the fallout of a damaging trade war.

The share sale, set to be Hong Kong’s largest in more than nine years, comes as Beijing seeks support from businesses and entrepreneurs in the face of anti-government protests there.

“Especially now, after months of protests in Hong Kong, leaders will greatly appreciate the sense of solidarity and stability the listing brings,” Natkin added.

Alibaba (NYSE:) had originally considered a Hong Kong IPO in 2013, but ultimately chose New York after failing to gain approval from Hong Kong regulators for its unusual governance structure.

Alibaba’s plan to dual list in Hong Kong from Nov. 26 is set to be the biggest cross-border secondary offering.

Alibaba has found itself in Washington’s crosshairs after a U.S. government panel last year blocked on national security grounds its plan to acquire MoneyGram International Inc.

And in September, there were reports that U.S. President Donald Trump was considering forced de-listing of U.S.-listed Chinese companies on similar grounds.

Staying closer to home could help the $475 billion retailer boost its valuation.

“Investors in the Hong Kong stock market are less influenced by the political atmosphere and have a more objective view of the richness of the Alibaba economy,” a former Alibaba senior executive, who declined to be named, said.

While its 17.1% operating profit margin and over 50% revenue growth rate are the envy of many Western retailers in mature economies, Alibaba trades at a deep discount to them.

It trades at just 25 times forecast earnings, compared to 85 times for Amazon (NASDAQ:), even though the U.S. firm’s margin is just 4.5% and revenue growth around 30%, Refinitiv data shows.

Alibaba’s plan to expand beyond its core e-commerce to cloud, entertainment and artificial intelligence will help reduce some of the gap with the $869 billion giant.

Alibaba said in a filing it would use the Hong Kong proceeds to invest in food delivery services, video streaming platforms, cloud computing and machine learning.

The overwhelming majority of Alibaba’s revenue comes from advertisements and related services it offers on its e-commerce sites, but growth from this revenue stream has steadily slowed.

It sits on a $33 billion cash pile and the share sale will boost its coffers above Amazon’s $43 billion, sharply enhancing its financial firepower for expansion into new sectors.

This extra ammunition can be used against Beijing-based Meituan Dianping in the food delivery sector, as well as Tencent Holdings Inc and Baidu Inc (NASDAQ:) in artificial intelligence and the cloud.

“While the added access to capital should prove to be extremely useful, it isn’t a necessity,” Silvers said.