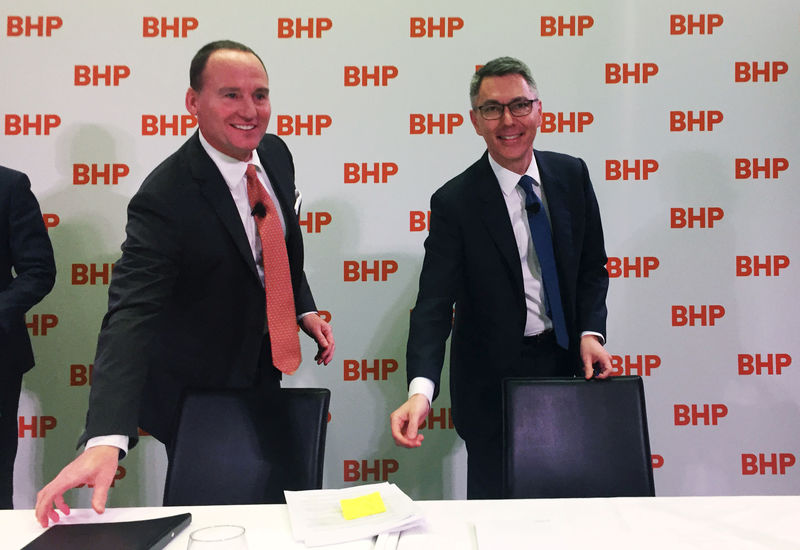 A Canadian with 30 years experience in mining, including 16 at BHP and the past three at the helm of BHP’s Australian business, Henry was named on Thursday as the successor to Andrew MacKenzie.

While less well known to the investment community than some of BHP’s other senior executives, Henry, 53, has a reputation as a thoughtful, ethical, diligent leader, more a safe pair of hands than an aggressive company builder.

“He’s smart and dedicated and will apply himself with great diligence to the role. Mike leads by example,” said a former colleague who worked with Henry for several years.

“He’s a really straight up and down guy. He doesn’t play games and for a guy in that position, he has his ego totally in check,” said the source, who asked not to be named.

As head of BHP’s Australian operations, Henry has been responsible for the global miner’s vast iron ore, coal, and nickel assets in the country, leading nearly 40,000 people.

“He seems like a pretty good appointment. Obviously he has a number of years of experience within BHP running a very large part of the organization from a profitability point of view.. So the level of experience is definitely there,” said Ausbil Chief Investment Officer Paul Xiradis.

At a news conference on Thursday, Henry stressed the importance of safety, a key issue for BHP after it took a reputational hit from a Brazilian dam collapse in 2015, and said he would look to unlock more value from the company’s assets.

“We do live in an uncertain world,” he said.

“That’s why…(we) need to be driving performance within the core business because that discipline, that performance will be what will allow us to navigate an uncertain world in the right way that will continue to grow value.”

Henry, who has experience in Europe, North America and Asia and lives with his wife in Melbourne, will still need to win over some Australian fund managers, who would have preferred an outside appointment.

Some investors also cited a less than smooth performance of BHP’s Australian operations after a runaway iron ore train last year had to be forcibly derailed, and underpeformance at the Olympic Dam copper mine in South Australia.

“I need to get my feet under the desk, I want to spend time out engaging with our global operations, hearing from our people.”