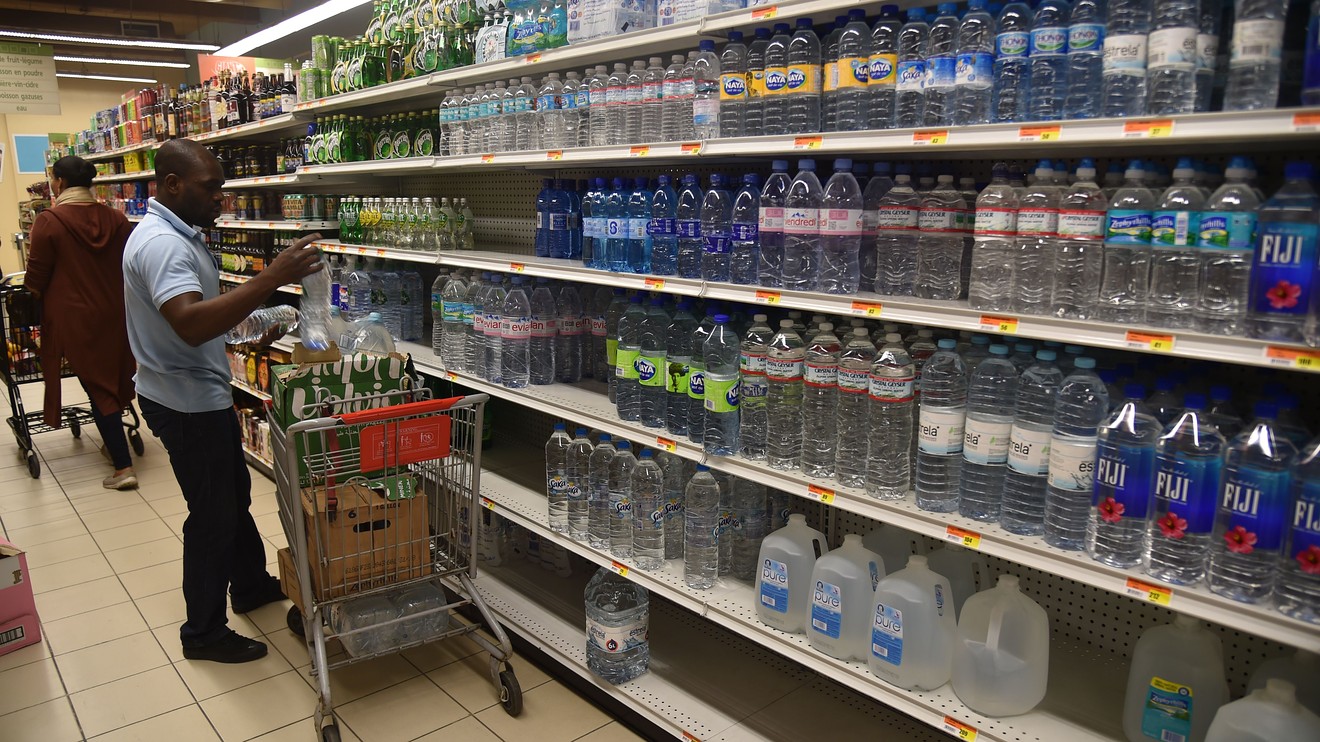 Oat milk and other alternatives contributed to the bankruptcy filing this week of milk producer Dean Foods Inc., but the biggest drain on milk sales is an entirely different liquid: water.

For the six weeks ending September 8, 2019, about 400 million gallons of milk were sold versus fewer than 100 million gallons of plant-based milk alternatives, according to data presented in a report from the National Milk Producers Federation (NMPF). The NMPF is an advocacy group launched in 1916 for dairy producers and their cooperatives.

A drop in cereal sales and a decline in the number of households with children are also factors in falling milk consumption.

A 2017 study from IRI, a data and analytics company, found that 53% of the volume milk lost went to bottled water drinkers.

Consumption of bottled water has exploded, surpassing soda and reaching more than 39 gallons per capita in 2016.

U.S. Department of Agriculture data shows that milk consumption on an annual per capita basis reached a low point of 146 pounds in 2018, down 39% over 40 years. Dairy consumption overall has risen by nearly 20%, however, thanks to items like cheese and yogurt.

But even milk has “pockets of growth,” he said, with coffee consumption at places like Dunkin’ Brands Inc. DNKN, -0.64% and Starbucks Corp. SBUX, +0.57% driving milk use and an increased consumption of creamers.

The rest of the dairy industry is working toward doing a better job of being innovative with a growing portfolio of products from yogurt to cottage cheese, Ziemnisky said. And butter and cheese consumption have reached reach high points.

Aside from problems with its main product line, Dean Foods also had financial problems.

Rapid Ratings, a data and analytics company that has its own financial health rating (FHR) system based on factors like liquidity, leverage and cash flow, says Dean Foods saw its financial health deteriorate dramatically in 2017.

Dean Foods’ rating fell to 33 from 56 in 2017, and was 16 at the time of its bankruptcy filing. Ninety percent of the companies that fall below 40 eventually default, Rapid Ratings says.

Two of the company’s four pension plans are listed as “critical” according to the Pension Protection Act classification system. Dean Foods’ net debt as of June 30 was $968 million, and the company’s market cap was $73.5 million as of Monday’s close.

To be sure, plant-based milk alternatives are growing in popularity, with the NMPF citing data that shows 7% of those not drinking milk anymore have made the switch to products like oat milk and almond milk.

Also: Chipotle could permanently add carne asada to the menu

Founded in 1925 as a dairy company, Elmhurst Dairy shut its doors in 2016 and reopened a year later as Elmhurst 1925 with non-dairy milk products.

“Additionally, we as a plant-based industry continue to refine our processes – resulting in thick, creamy, full-flavored beverages; a variety of flavors; real nutrition; and versatile products – we think demand will only increase.”