Home
Stocks
Deep Dive: This number provides the most compelling reason to add emerging-market stocks to your portfolio
Prev Article Next Article

Emerging-market stocks have been hot lately, as anticipation builds that there will be a real trade deal between the U.S. and China after many misfires. But that may not be your best reason to consider EM stocks for your portfolio.

Andrew Mathewson, a portfolio manager of the Martin Currie Emerging Markets Fund, argues that lower valuations and the evolution of emerging markets as compelling reasons for investors to diversify beyond U.S. stocks.

Martin Currie is based in Edinburgh, Scotland, and has a history stretching back to the 1880s. The firm was acquired by Legg Mason in 2014. The Martin Currie Emerging Markets Fund was established on June 1, 2015.

Emerging-market economies contributed 43.8% of global GDP in 2018, according to the IMF World Economic Outlook. But EM stocks made up only 11.9% of the MSCI All Countries World Index 892400, -0.20% at the end of 2018. This reflects, in part, the prevalence of private ownership in EM, as well as MSCI’s underweighting of China in the index.

But when talking about U.S. investors, Mathewson said most are underweighted to EM even relative to the rather low 11.9% weighting of the broad MSCI index.

An investor who really wants to be diversified should consider adding exposure to what is close to half the world’s economy.

Where the growth is

Some investors may be well aware that the old view of emerging markets — that they are mostly about commodities, materials and cheap manufacturing — is outdated.

But Mathewson believes some U.S.-focused investors may still be under a misconception about EM: “Ten years ago, we would have talked about consumer-staples products,” he said during an interview. But now that there are high levels of market penetration in emerging markets for basic consumer-staples products, “the exciting areas of consumption in EM are about services, experiences and premium-ization.”

He gave an example of a company held by the Martin Currie Emerging Markets Fund that is taking advantage of this trend: LG Household & Health Care of South Korea 051900, +1.74%. The company mainly distributes skin-care products.

Distribution across emerging markets has gotten easier. “Historically, if you were a Korean brand and wanted to sell it in China, you would open a counter in a department store,” he said. Now, “you can expand into markets much more rapidly than you would have been able to.”

Mathewson gave two other examples of stocks held by the fund that underline the evolution of emerging-markets consumers. Odontoprev ODPV3, -0.06%  is a dental insurer in Brazil and Ping An Insurance Group Co. of China 2318, -0.33%  (ADR: PNGAY, +0.15% ) is a giant and rapidly growing conglomerate that provides life and property and casualty insurance, as well as investment services.

Financial services remains the largest sector, though consumer, IT and communications have increased greatly as energy and materials have lost importance.

Ten years ago, “emerging-markets tech companies were assemblers of laptops, etc.,” Mathewson said, but today they are manufacturers of batteries and “leaders in memory.”

The fund’s largest holding is Samsung Electronics 005930, +0.57%, which Mathewson expects to continue to benefit from high rates of e-commerce penetration in emerging markets. 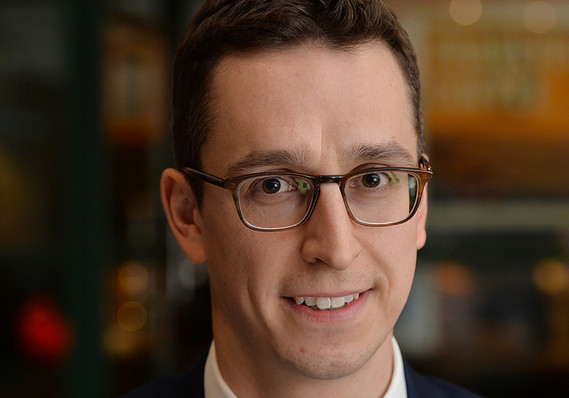 How to beat the benchmark

The Martin Currie Emerging Markets Fund’s institutional shares MCEIX, -0.79%  have a five-star rating from Morningstar (the highest) and are available through investment advisers. They have a 1% annual expense ratio, which Morningstar considers “below average” for U.S. diversified EM funds. The fund’s FI MEFIX, -0.71%  shares can be purchased without going through an adviser, are rated four stars and have annual expenses of 1.35%, a level Morningstar considers “average.”

Mathewson and his colleagues try to beat the performance of the index by managing a concentrated portfolio of 40 to 60 stocks, among index components. He said that the Martin Currie team selects stocks from the bottom up, but it is careful not to let its country allocations differ significantly from those of the index.

He cited Tencent Holdings 700, -2.32% as an example, because of the “monetization being developed” through its “integrated payments and QR codes.”

QR codes are identifiers for small merchants that can be used to pay them with smartphones.

Mathewson drew a contrast between Tencent and Facebook FB, -0.39% : “Facebook has WhatsApp and Instagram, but they are relatively stand-alone businesses. We all use WhatsApp but they are not earning from it.”

This points to much more rapid adoption of electronic payments in emerging markets than in the U.S. and other Western countries. E-commerce made up 23% of China’s retail sales in 2017, compared with 9% for the U.S., according to Statista.

Here are performance comparisons for the Martin Currie Emerging Markets Fund’s two share classes against the index, net of expenses, in U.S. dollars, through Nov. 12:

Here’s a list of the top 10 holdings of the Martin Currie Emerging Markets Fund as of Sept. 30, with their current weighting in the iShares MSCI Emerging Markets ETF EEM, -0.18%, which tracks the benchmark index:

Aside from Taiwan Semiconductor TSM, -0.98%, Alibaba BABA, -0.45% and Creditcorp BAP, -0.47%, the fund’s top holdings are stocks bought in local markets. For some of these, American depositary receipts are available: