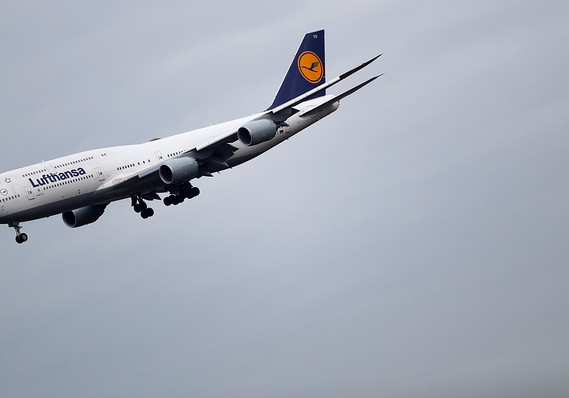 The German airline group LHA, -0.99%   said that under the program, known as Compensaid, customers can pay a surcharge based on the price difference between the green fuel and kerosene. A pilot program was launched over the summer and beginning Thursday will be made available to customers as they book.

On a 462 kilometer flight from Hamburg to Frankfurt on a A321, for example, a passenger would need 42 euros ($46.20) of sustainable fuel instead of EUR14 of fossil fuels. The passenger could then pay EUR28 to offset their flight with green fuel and Lufthansa would pay the remaining EUR14.

Lufthansa will then feed the fuel, which is roughly four times more expensive than jet fuel, to planes at its Frankfurt hub within six months. Compensaid’s website shows how much money has been raised.

The airline group has pledged to invest billions in sustainable aviation fuels, which are made from biowaste like used cooking oil and offer an up to 80% reduction in emissions compared to fossil fuels, as European flyers grow more concerned about the impact of air travel and environmentalists advocate for carbon taxes.

Emissions from aviation, the most carbon-intensive form of transport, have doubled in the last 20 years and are responsible for an estimated 4.9% of man-made global warming, according to Transport & Environment, a research and advocacy group.

“We need to reduce the climate impact of aviation and that can only occur when we replace fossil jet fuel with alternative fuels,” he said.

On the other hand, “it’s not clear why a flyer would pay a large premium for clean fuels when Lufthansa is also offering cheap offsets for one-twentieth the cost,” said Dan Rutherford, aviation director at the International Council on Clean Transportation, a non-profit.

“Airlines will need to stop marketing offsets and start paying more for fuel themselves before sustainable aviation fuels will really take off,” he said.