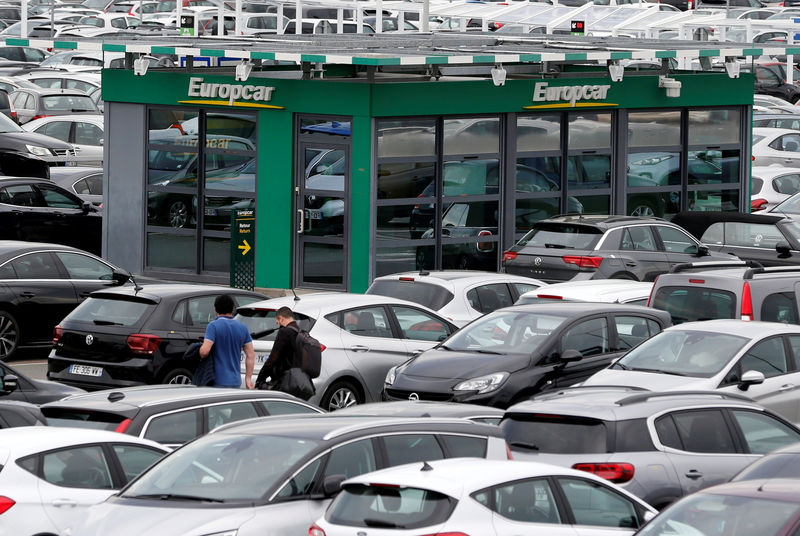 PARIS/LONDON/FRANKFURT (Reuters) – European investment firm Eurazeo (PA:) is exploring a partial or full sale of its near 30% stake in Europcar Mobility Group (PA:) as it seeks to cash out from the troubled French car rental company, sources told Reuters.

Europcar’s shares have sunk 65% over the past 12 months as the firm grappled with weak leisure demand from British tourists, declining rental volumes in the business-to-business segment and a softening economic environment in Europe.

Eurazeo has tapped JPMorgan (NYSE:) to handle the sale, which was triggered by a series of approaches made by financial investors in recent weeks, the sources said.

Discussions are still at an early stage and Eurazeo may decide to keep at least part of its stake, they said.

Eurazeo said in a statement it was reviewing strategic options for the company following the Reuters report.

The business, advised by BNP Paribas (PA:) and Rothschild, is saddled with 851 million euros of net debt as of September.

In October it revised its full year guidance saying it expected 2019 core earnings of 275 to 285 million euros, after net profit dropped 32% in the first nine months of the year while adjusted core earnings were down 13.5% in the same period.

Several private equity firms have been monitoring the company’s poor performance and approached Eurazeo in October, the sources said, betting on the turnaround potential of the 70-year old company.

Eurazeo is wary of selling at a discount and would retain at least part of its stake if it couldn’t negotiate an attractive price, one of the sources said.

Some of the bidders may also consider bidding for the whole company as this would allow them to delist the business and turn it around away from the public markets, some of the sources said, cautioning that no deal was certain.

Any buyer crossing the 30% threshold will need to submit a mandatory offer for the whole company, according to French capital markets rules.

A former unit of Volkswagen (DE:), Europcar was bought by Eurazeo in 2006 and subsequently listed on France’s Euronext in 2015.

The business, based on the outskirts of Paris, has grown significantly under Eurazeo’s ownership expanding in 140 countries around the world and employing more than 8,900 people.

Yet its core European business has started to slow down, partly due to Britain’s decision to leave the EU that has deterred British tourists from traveling abroad.

Europcar boss Caroline Parot has looked at growth overseas, trying to crack the U.S. market with the purchase of Fox-Rent-A-Car while also investing heavily in upgrading the company’s digital platform.