Home
Stocks
In One Chart: This is what the net worth of the world’s elite would look like if Elizabeth Warren’s tax plan had been in effect since 1982
Prev Article Next Article

That’s not to say the world’s uber wealthy wouldn’t get torched by Elizabeth Warren’s tax plan, but even if her proposal were in place for decades, the fortunes of men like Amazon’s AMZN, +0.26% Jeff Bezos and Microsoft MSFT, +0.25% founder Bill Gates would still be firmly intact, according to TaxJusticeNow.org, a website founded by UC Berkeley economists Emmanuel Saez and Gabriel Zucman.

In fact, here’s a look at what the net worth of these guys would be today if Warren’s plan to levy a 6% on all billionaires had been in place since 1982: 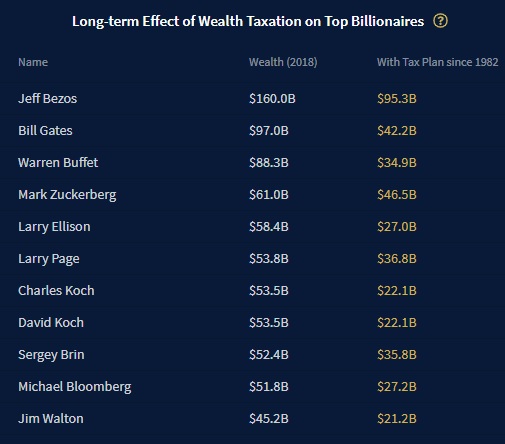 Gates drew laughs last week when he told a conference he’s “starting to do a little math” to figure out what he’d have left over if he gets taxed $100 billion. Well, good news, Bill, it wouldn’t be nearly that much if these numbers are any indication.

What would that mean for the trend of the rich getting richer and leaving everybody else behind? Better, but still, this chart tells that story: 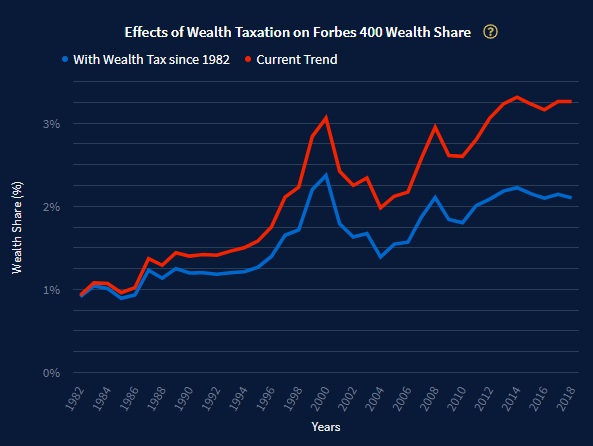 No wonder billionaires like Leon Cooperman have tears in their eyes. Oh, and Warren has something for that, too: 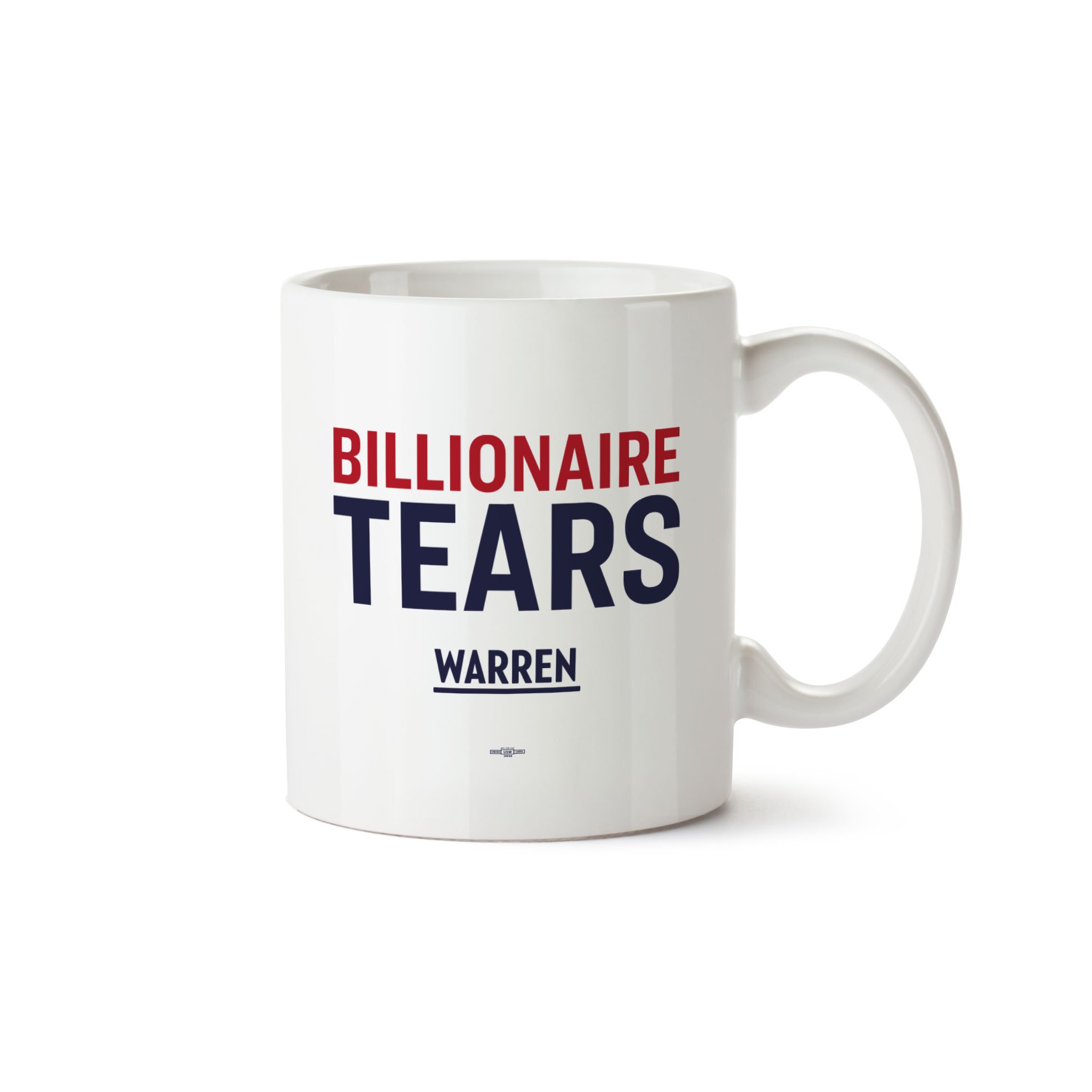 For just $25, as the campaign advertisement cheekily suggests, you can “Savor a warm, slightly salty beverage of your choice in this union-made mug as you contemplate all the good a wealth tax could do: universal childcare, student debt cancellation, universal free college, and more.”