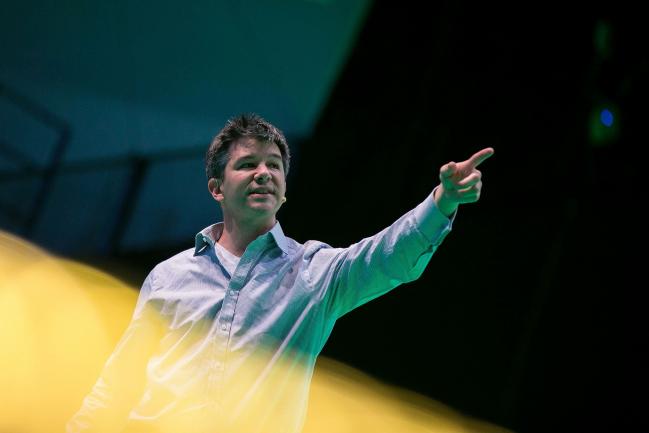 (Bloomberg) — Travis Kalanick sold 6.1 million shares of Uber Technologies Inc . (NYSE:) just days after disposing of a fifth of his stake, bringing the total offloaded to $711 million this month.

The 43-year-old entrepreneur sold $164 million of his holdings in the ride-hailing company this week, according to a regulatory filing Wednesday. Last week he disposed of stock worth about $547 million.

The sale underlines Kalanick’s focus on other investments, including CloudKitchens, which he funded with $300 million. A $400 million injection from Saudi Arabia’s Public Investment Fund valued the food startup at $5 billion, the Wall Street Journal reported last week.

His remaining 4.2% stake in Uber is valued at $1.9 billion, or less than two-thirds of his $3.4 billion fortune, according to the Bloomberg Billionaires Index. When he was Uber’s chief executive officer, Kalanick said he retained all his shares in the company. That changed after his ousting in 2017. He sold stock in private transactions and had a 6% stake at the time of its May initial public offering.

Uber shares fell 3.9% on Nov. 6 when its lockup expired. Beyond Meat (NASDAQ:) Inc. has done even worse, falling 22% since its lockup ended. Shares in Avantor Inc., Fastly Inc. and Luckin Coffee Inc. all rose Wednesday when their restrictions were lifted.