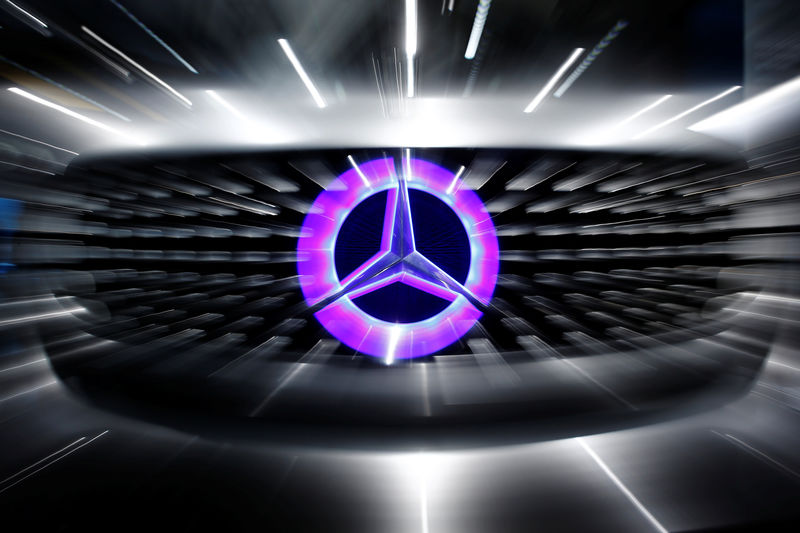 Investing.com — The past has long caught with Daimler (DE:). But it still isn’t doing enough to secure its future.

That’s the main takeaway from another sobering update from the maker of luxury cars and heavy trucks at a capital markets day in London on Thursday. The company is cutting up to 1.4 billion euros in personnel costs, including a 10% reduction in management headcount, as it tries to adapt to a world requiring cleaner and more automated vehicles.

In a statement, new chief executive Ola Kallenius said the company needs “comprehensive measures” to meet new targets on CO2 emissions from its fleet that will depress earnings for the next two years.

That means letting go thousands of workers who make the group’s current fleet of high-performance combustion engines, as well as a sharp increase in investment in new technologies. Running old and new technologies side by side, in itself, will make the company more complex and – at least in the short term – less profitable. Daimler only expects a reduction in complexity after 2025.

“The expanded range of plug-in hybrids and all-electric vehicles is leading to cost increases that will have a negative impact on Mercedes-Benz Cars’ return on sales,” Kallenius said.

While investors have been expecting – indeed, demanding – action on pruning the group’s conventional engines workforces, they appeared more unsettled by the other part of Kallenius’ announcement on Thursday.

“Investment in property, plant and equipment and in research and development will be capped at the 2019 level and be reduced in the medium term,” Kallenius said, immediately raising questions about how he intends to catch up lost ground vis-à-vis the likes of Tesla (NASDAQ:) and, indeed, Volkwagen, which has been in full-on electrification mode for the past couple of years.

“Daimler and other traditional OEMs are significantly lagging in comparison to, for example, Tesla (NASDAQ:) in the area of digitalization and electrification,” Georg Konjovic, co-founder of the EV Angels consultancy, via Twitter. “In such a phase, I think an R&D cap is wrong. They are playing catch-up, not leader.”

Daimler’s warning also sent shock waves through much of the rest of the sector, with bearings maker Schaeffler particularly hard hit, falling over 4% at one point before trimming losses to be down only 3.4%.

The German was down 0.1%, supported by slightly better-than-expected figures for the third quarter which showed Europe’s largest economy avoided a technical recession, even if it is to all intents and purposes only flatlining.