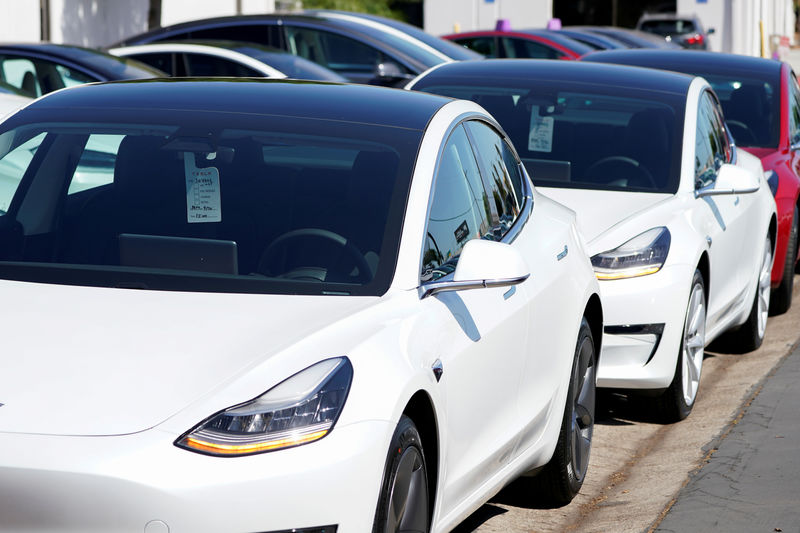 Tesla’s ranking improved four spots to No. 23 out of 30 brands in the U.S. market as it worked to resolve production problems with the Model 3, said Jake Fisher, senior director of auto testing at Consumer Reports. Both the Model 3 and S raised their reliability ratings to “average.”

“People really like their cars,” he said of Tesla owners. “Hopefully, if that frantic rate of change can slow down a bit, they can maintain reliability.”

Tesla has touted the popularity of the Model S, listed in the top ranks of a different Consumer Reports survey, on owner satisfaction, every year since 2013 when the carmaker was first included.

Tesla’s Model X SUV still ranks among the least reliable models, according to the annual survey released on Thursday.(CR.org/reliability)

The poll predicts which new cars will give owners fewer or more problems, based on data collected for more than 400,000 vehicles. Its scorecard is influential among consumers and industry executives.

Reliability rankings tend to suffer when automakers offer new or redesigned models, which dragged down Volkswagen AG’s (DE:) namesake and Audi brands. The VW brand slid nine spots to No. 27, while Audi fell seven spots to No. 14.

Brands with no major changes to their lineups, such as Fiat Chrysler Automobiles’ (MI:) Dodge and Chrysler, made significant gains. Dodge was the highest ranked U.S. brand at No. 8, making the biggest gain of 13 spots. Chrysler rose seven spots to No. 19, while Jeep finished at No. 26.

The reliability of full-sized pickups, the most popular vehicles in the U.S. market, was weak. Ford’s F-150 and FCA’s Ram trucks were rated “well below average,” while GM’s pickups – the Chevrolet Silverado and GMC Sierra – both had “below average” reliability.