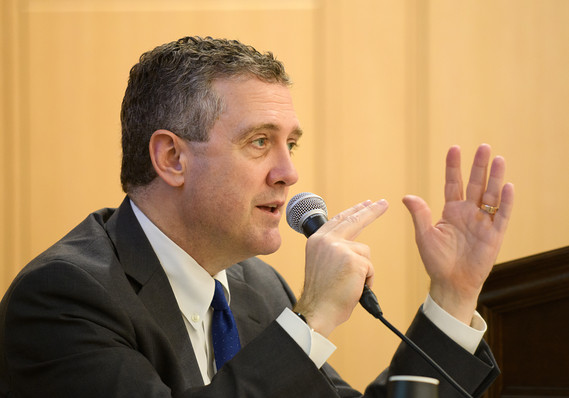 “It remains possible that a sharper-than-expected slowdown could materialize in the quarters ahead,” Bullard said, in a speech to the Rotary Club of Louisville.

Bullard said the U.S. economy has already been slowing down this year after relatively rapid growth over 2017 and 2018.

Downside risk may cause the slowdown to intensify, he said. 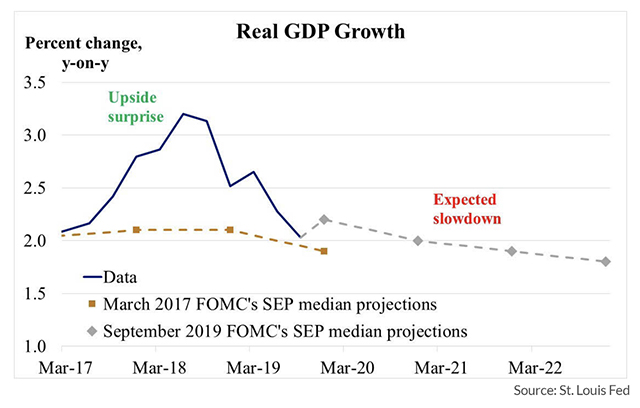 Bullard has been one of the most dovish regional Fed presidents, urging the Fed to start easing aggressively.

The Fed has tried to help insure against this downside risk by dramatically altering the path of interest rates this year, he said. The three rate cuts from July-October may help foster somewhat faster growth next year, he said.

“The U.S. economy is in a very strong position. I think the outlook is a very positive one,” Powell told the House Budget Committee.

Read: Powell: Weakness in manufacturing not spilling over into broader economy

Bullard repeated that he thinks trade uncertainty could last “for years.” This creates a disincentive for global investment and, accordingly, the global growth environment looks weaker in recent quarters.

The St. Louis Fed president said that key measures of the U.S. Treasury yield curve have now returned to a positive slope.

“This return to a more normal state of affairs may be a bullish factor for 2020,” he said.