Home
Stocks
The Fed: Powell: Weakness in manufacturing not spilling over into broader economy
Prev Article Next Article 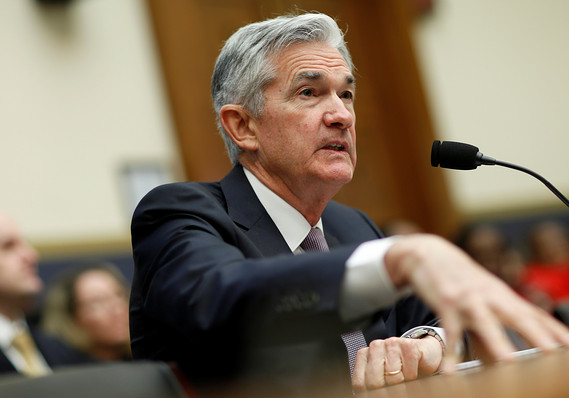 Federal Reserve Chairman Jerome Powell on Thursday said the weakness in the manufacturing sector has not spilled over into the broader economy.

“We don’t see that [spillover] yet,” Powell said, in testimony to the House Budget Committee.

The Fed chairman said the economy is being driven by the consumer.

“The 70% of the economy that is the consumer’s is healthy, with high confidence, low unemployment, wages moving up,” he said.

“That is what is driving the economy.”

He portrayed the economy in a moderate growth path that is sustainable. There is nothing that is booming heading for a bust, he said.

“I would say that this expansion is on a sustainable footing and we don’t see warning signs that have appeared in other cycles,” he said.

Powell said it was possible that the tariffs related to the U.S. and China trade war could, at some later point, impact consumer confidence. But so far, that is not the case.

“There is no reason… that I can see that the probability of a recession is at all elevated at this time,” he said.

This is the second straight day of Powell appearing before a congressional committee.

On Wednesday, Powell made clear that the Fed intends to pause its easing campaign.

“We see the current stance of monetary policy as likely to remain appropriate as long as incoming information about the economy remains broadly consistent with our outlook of moderate economic growth, a strong labor market, and inflation near our symmetric 2% objective,” he said.

Read: Fed’s Powell says interest rates will be on hold absent a material deterioration in economy