Home
Stocks
The Margin: NRA turned heads with this tweet even as the Saugus High School shooting was unfolding in California
Prev Article Next Article

Just before 8 a.m. on Thursday, shots rang out at Saugus High in Southern California, in a school shooting that left two dead and several students injured. The 16-year-old suspect, a student at the Santa Clarita school, had initially avoided capture but has been taken into custody, according to published reports.

While this story, like stories of school shootings that preceded it, made national headlines, the National Rifle Association was getting ratioed for this:

Last month we crowned Beto “AR-15 salesman of the month.” After this massive increase, we think the current Democrats still standing deserve “Gun Salespeople of the Year.”

Ratioed — when a tweet racks up more replies than retweets or likes — is what happens to tweets that create an internet stir for all the wrong reasons.

The replies, in this case, were most made up of those calling the NRA things like “evil incarnate” and “utter ghouls,” along with visual responses such as this: 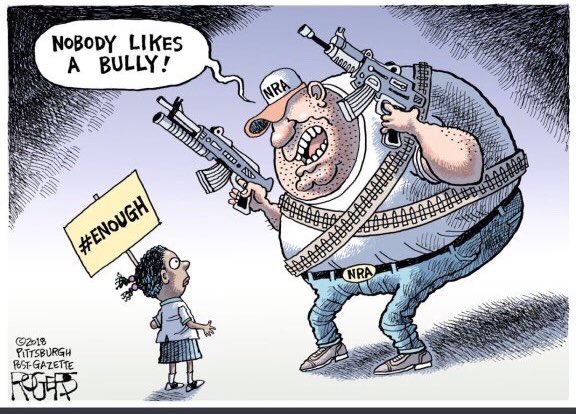 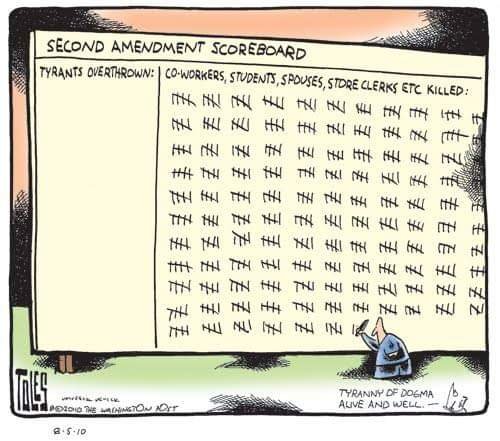 A parent of a Saugus student apparently chimed in as the #GunControlNow hashtag climbed the trending list on Twitter TWTR, -0.67%  :

GOD DAMN the NRA and every gun-owner in this country who thinks their hobby is worth this endless nightmare.

You drop your kid off in a pilgrim outfit for their Thanksgiving pageant. You never know if you’ll see them again.

Could be any day. Any place.

Meanwhile, the lockdown that was enforced across all schools in Santa Clarita’s William S. Hart School District, which is located about 30 miles outside Los Angeles, has been lifted, CNN reported.

Kent Wegener of the L.A. County Sheriff’s Department told reporters video from the scene shows the suspect taking a .45-caliber pistol from a backpack before shooting five people and then himself. He was reported to be in grave condition.