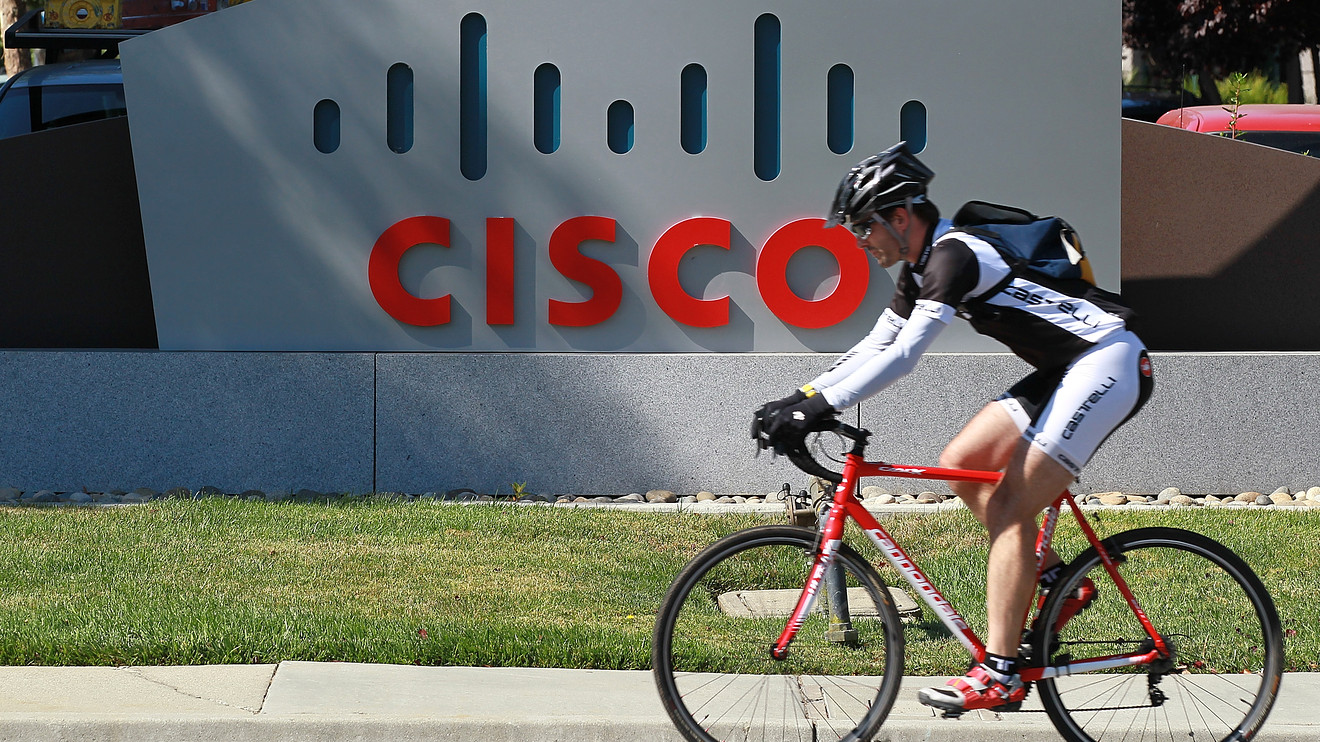 Cisco Systems Inc. shares dropped Thursday after analysts slashed price targets in response to a disappointing outlook from the networking giant, but most said the problems appear to stem from a slowdown in the larger tech-spending environment.

Cisco issued a disappointing outlook late Wednesday after the San Jose, Calif-based company said a slowdown in big deals had become more pervasive. Cisco Chief Executive Chuck Robbins said on Wednesday’s earnings call that weakness in the service-provider business and emerging markets had spread to the company’s larger businesses, including enterprise and commercial.

Barclays analyst Tim Long, who has an equal-weight rating and cut his price target to $47 from $51, said he was “concerned last quarter with the comment on weakening Enterprise orders in July.”

“That weakness persisted through the October quarter and spread to the normally resilient Commercial market,” Long said, while maintaining the equivalent of a hold rating. “We believe this adds a lot of risk.”

Evercore ISI analyst Amit Daryanani, with an outperform rating and a $55 price target, took some consolation that Cisco’s problems appear to be driven by a slowdown that goes beyond Cisco.

“Overall, we think most of these headwinds Cisco is seeing are macro-related, given muted enterprise spend and commercial order softness (typically resilient) in addition to increasing macro uncertainty across various countries and more difficult y/y compares (though compares get easier in FH2:20),” Daryanani said. “Net/net: We think Cisco at this juncture is more a macro narrative and to the extent global uncertainties abate the stock should start to work higher.”

Jefferies analyst George Notter, who has a buy rating and reduced his price target to $52 from $54, said Cisco’s management has a few tricks to insulate the stock from the slowdown.

For more: The big worries facing stock investors in 2020, according to Citi’s top equity strategist

Of the 28 analysts who cover Cisco, 16 have an overweight or buy rating on the stock and 12 have a hold ratings. Following the earnings report, however, 15 analysts slashed price targets, resulting in an average $52.46, down from a previous average of $54.91, according to FactSet data.