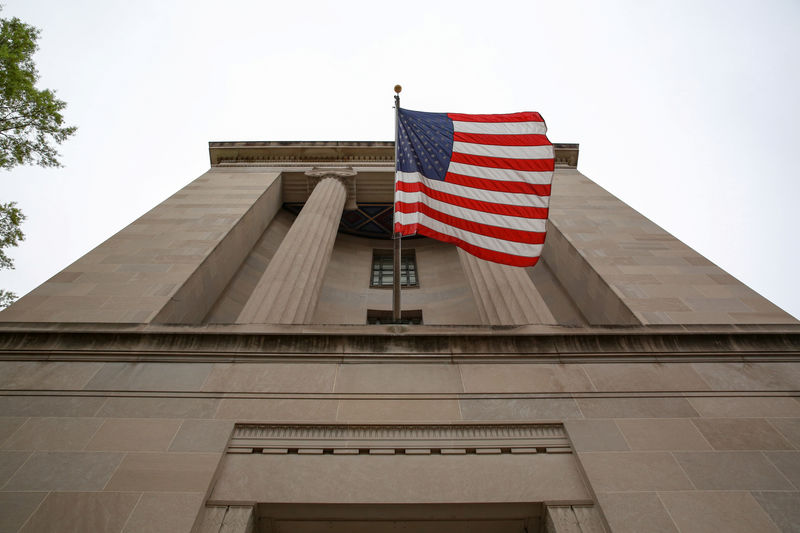 NEW YORK (Reuters) – A former head of subprime trading at Deutsche Bank AG (DE:) will pay a $500,000 civil fine to resolve charges he misled investors about the quality of loans backing $1.42 billion of residential mortgage-backed securities (RMBS) issued before the 2008 financial crisis.

The U.S. Department of Justice on Thursday announced the settlement with Paul Mangione, who was also a former Deutsche Bank managing director, who did not admit wrongdoing. Settlement papers were filed with the federal court in Brooklyn, New York.

Mangione was accused of understating the risks of loans backing two securities offerings, ACE 2007-HE4 and ACE 2007-HE5, in April 2007 and June 2007, including borrowers’ ability to repay and whether the loans were underwritten properly.

More than half the loans were made by Deutsche Bank’s DB Home Lending unit, then known as Chapel Funding.

Mangione had been charged in September 2017 with mail fraud, wire fraud and conspiracy to commit mail and wire fraud.

The charges were announced eight months after Deutsche Bank reached a $7.2 billion settlement, including a $3.1 billion civil fine, with the U.S. government, and admitted to misleading investors about RMBS it sold.

Other banks have reached similar settlements. U.S. authorities have long faced criticism that they have not held enough individuals accountable for RMBS failures.

Mangione joined Deutsche Bank in 2000 after six years at Credit Suisse (S:). His lawyer, Patrick Smith, said Mangione settled so he could devote his time and energy elsewhere.

“Mr. Mangione did nothing wrong during his time at Deutsche Bank,” Smith said in a statement. “He acted in good faith in performing his customary job functions as a whole loan trader at Deutsche Bank. Mr. Mangione was not responsible for Deutsche Bank’s RMBS practices and disclosures to investors, which were at the core of the government’s claims against him.”