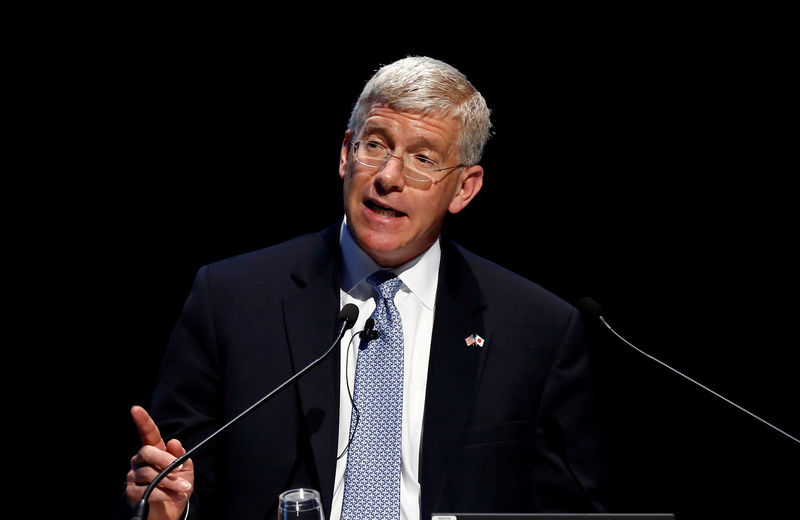 WASHINGTON (Reuters) – A bipartisan group of U.S. Representatives asked officials at the Energy Department on Wednesday how Centrus Energy Corp (A:), a company whose chief recently served as deputy at the department, won a federal contract to demonstrate a production method for a new fuel for nuclear power plants.

The Energy Department issued a notice of intent in January to award a no-bid $115 million contract to Centrus to demonstrate by June 2022 production of a new fuel called high-assay low-enriched uranium, known as HALEU, which one day could be used in advanced nuclear reactors.

“We are deeply concerned about the Department of Energy’s award to Centrus Energy Corporation to demonstrate a method of producing” HALEU, the lawmakers said in a letter to Energy Secretary Rick Perry.

The letter, seen by Reuters, was also sent to Dan Brouillette, Trump’s nominee to replace Perry, who is stepping down next month.

The lawmakers said they support the Energy Department’s research activities to speed advanced nuclear reactor development but “we have questions about how this contract was funded, why other companies were not allowed to compete for the award, and whether the need for HALEU in the near-term is well-supported.”

The letter was spearheaded by Mikie Sherrill, a Democrat and chairwoman of the House Science Subcommittee on Investigations and Oversight, Ralph Norman, the panel’s top Republican, and two other lawmakers.

The contract has been controversial in part because the Centrus president and chief executive officer is Dan Poneman, the deputy of the Energy Department from 2009 to 2014, under former President Barack Obama, a Democrat.

The letter said the department had not “presented adequate justification” for requiring demonstration of the fuel for advanced reactors, which are many years away from being commercial. At least two existing programs could potentially provide serviceable amounts of the fuel for testing, it said.

In addition, nonproliferation experts say HALEU could be a target of militants looking to enrich it further to produce crude nuclear weapons. HALEU is enriched to up to 20% uranium 235, far more than the than fuel used in today’s reactors which enriched to about 5% uranium 235.

The lawmakers want the Energy Department to provide information by Dec. 3 on a series of questions including whether the project is intended to satisfy Defense Department requirements in addition to civilian power production goals.

(This story corrects paragraph 10 to say lawmakers want the Energy Department, not Centrus to provide information)