Home
Stocks
As Taylor Swift goes up against private-equity giant Carlyle Group, here’s how the two stack up
Prev Article Next Article 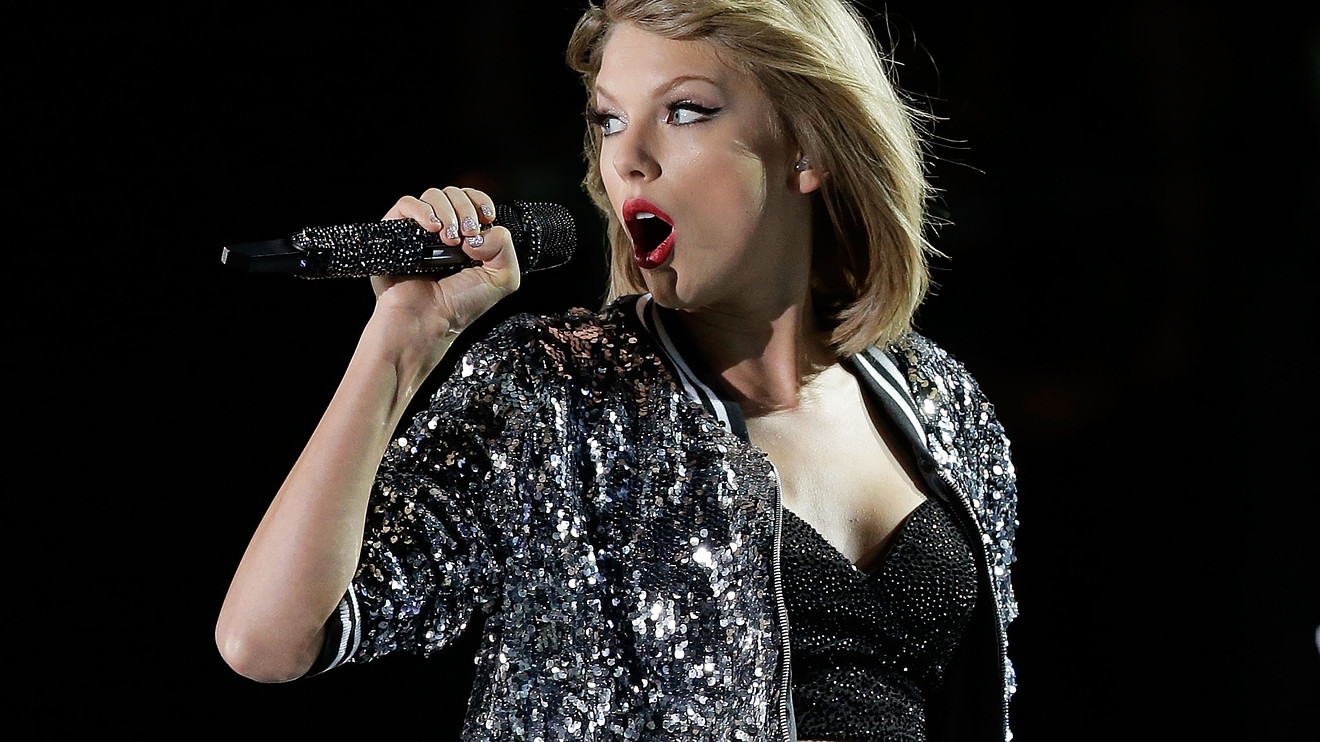 Swifties’ latest target: a private-equity firm with a global portfolio of 272 companies.

Taylor Swift unleashed her band of devoted fans Thursday on the Carlyle Group CG, +0.89%   — a Washington, D.C.-based firm whose investments have included the streetwear brand Supreme, aerospace and defense companies, and Dunkin’ Brands DNKN, +0.73%   — amid a bitter feud with her former record label and its new owner.

Why the mashup between big money and music royalty? As it happens, Carlyle had financed the sale of Swift’s former label, Big Machine Label Group, to music manager Scooter Braun. Carlyle is an investor in Braun’s company, Ithaca Holdings, which acquired Big Machine in July.

Swift claimed that Braun and Big Machine CEO Scott Borchetta had forbidden her from performing her old songs at this month’s American Music Awards and in a forthcoming Netflix NFLX, +1.87%   documentary about her life. Borchetta allegedly said he would let Swift use her old music if she scrapped her plan to re-record her old catalogue in 2020, according to Swift, and stopped talking about the two men.

The singer, who spent nearly her entire career with Big Machine, has become an outspoken advocate for artists’ rights over the past five years. She released her most recent album, “Lover,” this year under Universal Music Group’s VIVHY, +0.81%  Republic Records.

Swift urged her followers to “please let Scott Borchetta and Scooter Braun know how you feel about this,” adding, “I’m especially asking for help from The Carlyle Group, who put up money for the sale of my music to these two men.”

“The message being sent to me is very clear. Basically, be a good little girl and shut up. Or you’ll be punished,” Swift wrote. “I just want to be able to perform MY OWN music. That’s it. I’ve tried to work out this out privately through my team but have not been able to resolve anything.”

In a statement posted on its website Friday, Big Machine denied having blocked Swift’s AMA performance or the Netflix documentary, and alleged that the singer had “admitted to contractually owing millions of dollars and multiple assets to our company.”

Swift spokeswoman Tree Paine, in a rebuttal posted to Twitter on Friday morning, quoted a Big Machine executive as having said the company would “not agree to issue licenses for existing recordings or waivers of its re-recording restrictions” related to the Netflix project and a separate event.

“Please notice in Big Machine’s statement, they never actually deny either claim Taylor said last night in her post,” Paine added. “Big Machine is trying to deflect and make this about money by saying she owes them but, an independent, professional auditor has determined that Big Machine owes Taylor $7.9 million dollars of unpaid royalties over several years.”

But the internet has plenty to say: One Change.org petition calling on Borchetta, Braun and the Carlyle Group to “let Taylor Swift perform/use HER art” had drawn more than 83,000 signatures by early Friday afternoon. And many loyal Swift fans have aired their grievances to the Carlyle Group’s Twitter account.

As the world watches and waits, here’s how the music megastar stacks up against the private equity firm:

The Carlyle Group was founded in 1987. Swift was born in the year 1989, eventual fodder for one of her album titles.

Carlyle’s assets under management totaled $221.8 billion as of the third quarter, a 4% increase from a year earlier. Swift’s net worth as of June was $360 million, according to Forbes, up from $320 million in July 2018.

Carlyle has more than 361 active real-estate investments. Swift, meanwhile, owns seven properties in the U.S., according to Business Insider — including a Beverly Hills estate, three New York properties, an estate in Watch Hill, R.I., and two homes in Nashville. Her homes are reportedly worth a collective $81 million, according to Trulia estimates.

There’s not much of a competition here. Swift has 85.1 million Twitter followers, dwarfing the Carlyle Group’s roughly 31,700. She has 122 million Instagram followers, compared to the equity firm’s 1,476.

Carlyle made headlines in 2018 after “Patriot Act” host Hasan Minhaj spotlighted the firm’s array of controversial investments — including military contracting and oil drilling — during an episode about Supreme. He pointed out that Carlyle had a stake in Wesco Aircraft Holdings, which contracts with the defense contractor BAE Systems, and that the two companies provide support for the Eurofighter Typhoon combat aircraft.

“Together, Wesco and BAE support a fighter jet called the Typhoon, which is used by the Saudis to bomb Yemen,” Minhaj said. “This is a company that profits off of war and obesity.”

Aside from her ongoing record-label dispute, Swift drew blowback this year for her single “You Need to Calm Down” and its accompanying music video, which critics accused of co-opting and commodifying gay pride.

Executives and other leaders at Carlyle have given more than $130,000 since April to a political-action committee launched by the firm in late 2018, Institutional Investor reported this week, with money flowing to Democrats, Republicans and outside groups.

Stacey Dion, Carlyle’s global head of government affairs, told the outlet that the PAC had been established “to engage in an important part of the political process by contributing to candidates, regardless of party affiliation, who support the work of our companies and share our firm’s interests.”

Swift, meanwhile, broke her long-held political silence ahead of the 2018 midterm elections, urging fans to register to vote as she backed Tennessee Democrats Phil Bredesen and Jim Cooper in her first-ever political endorsements. Earlier this year, she criticized the Trump administration for its inaction on the Equality Act and suggested that President Trump believed his presidency was an autocracy.

Connections to the Bush dynasty

Richard Darman and James Baker III, respectively the budget director and secretary of state in former President George H. W. Bush’s administration, went to work for the Carlyle Group after their time in the federal government; the late ex-president would also become a Carlyle adviser.

Swift, for her part, indirectly referenced George W. Bush in a Guardian interview this year while explaining her longtime reluctance to express political views. “I come from country music. The No. 1 thing they absolutely drill into you as a country artist, and you can ask any other country artist this, is ‘Don’t be like the Dixie Chicks!’”

The Dixie Chicks found themselves banished from the country-music scene in the early aughts after speaking out against the second Bush president and the Iraq War. Swift later collaborated with the Dixie Chicks on a song for her latest album.

Among the largest private-equity firms, Carlyle has the second-highest share of women in senior roles making buyout investments (11.5%) — second only to TPG’s 14% — and the highest number of women in that position (15), according to a recent Bloomberg analysis.

Swift, of course, has long championed representation of women through her ever-evolving “squad” of female friends.