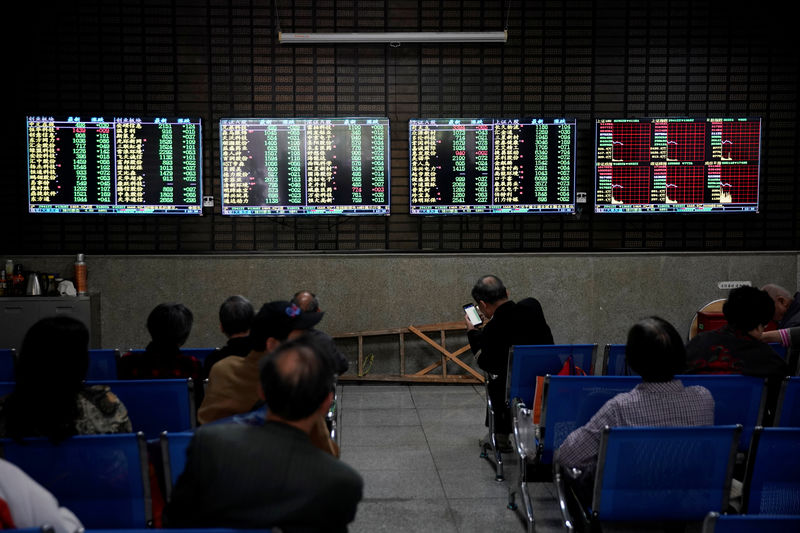 Early in the Asian trading day, MSCI’s broadest index of Asia-Pacific shares outside Japan was up 0.34%. Japan’s added 0.58% and Australian shares gained 0.53%.

Providing a fillip to investor confidence in Asia were comments from White House economic adviser Larry Kudlow that Washington was getting close to a trade agreement with China.

Higher U.S. Treasury yields also indicated a slight risk-on tone in the Asian session, with the 10-year yield rising to 1.8307% from a US close of 1.815% on Thursday.

The policy-sensitive two-year yield rose to 1.6036% from 1.593% on Thursday after U.S. Federal Reserve Chair Jerome Powell said the risk of the U.S. economy facing a dramatic bust is remote.

A Reuters poll of more than 100 economists showed that while concerns have eased over a U.S. recession, few see an economic rebound, and most believe a trade truce is unlikely in the coming year.

Global sentiment has been buffeted in recent weeks by conflicting assessments of progress in talks between the United States and China aimed at ending their 16-month-long trade war.

On Thursday, China’s commerce ministry said that the two countries are holding “in-depth” discussions on a first phase trade agreement, and that cancelling tariffs is an important condition to reaching a deal.

China has also ended a nearly five-year ban on imports of U.S. poultry meat, which the U.S. Trade Representative said would lead to more than $1 billion in annual shipments to China.

Those developments followed comments from officials from both countries last week that they had a deal to roll back tariffs, only to have U.S. President Donald Trump deny that any such deal had been agreed to.

The new record for the S&P, which gained just 0.08% to 3,096.63, came despite a grim outlook from network gear maker Cisco Systems (NASDAQ:) that underlined the impact of trade uncertainty.

The company forecast second-quarter revenue and profit below expectations as increasingly global economic uncertainties kept clients away from spending more on its routers and switches, sending its shares down 7.3%.

“In further diminishing the likelihood of significant fiscal stimulus from the Berlin government, it was not good news at all,” analysts at National Australia Bank said in a morning note.

The German data followed numbers from China indicating a faster-than-expected slowdown in factory output growth in October due to weak domestic and global demand.