When searching for a new car, part of the process should involve looking into the safety ratings of each of the vehicles you’re considering. Luckily, the Insurance Institute for Highway Safety evaluates new vehicles in a number of categories to determine which ones are best equipped to keep you safe in the event of an accident — and even prevent an accident from happening in the first place. Here, we’ve outlined each of the vehicles competing in the subcompact segment that earned either an IIHS Top Safety Pick or Top Safety Pick+ rating for 2019.

The Soul was redesigned for the 2020 model year and earns respectable marks in all IIHS evaluation categories, earning it a Top Safety Pick+ designation. The Soul earns scores of “Good” in all crash testing categories, along with perfect marks for its front crash prevention system, although this technology is optional. The LATCH child seat safety system’s ease of use gets a score of “Acceptable.” The Soul is offered with two different headlight designs. Upper-level GT-Line Turbo and EX trims equipped with the “Designer Collection” package come with LED projector beams that earn top marks for their performance, while the S and GT Line trims come with halogen beams that score poorly for inadequate visibility.

Read: Should you buy a car with all-wheel drive?

The Niro is Kia ’s dedicated hybrid . A cross between a subcompact hatchback and an SUV, the Niro is front-wheel drive only but returns an impressive 49 miles per gallon in combined driving. There’s also a plug-in hybrid version that can travel up to 26 miles on battery power once fully charged, and then returns an equally impressive 46 mpg combined once the battery’s been depleted. Both the regular Niro and the Niro PHEV earn the same scores in IIHS testing. Crashworthiness comes in at “Good” across all categories, while the Niro’s crash prevention system earns all possible points, although this feature is optional on the non-PHEV Niro. Headlights are a mixed bag. Models equipped with the top-spec HID projector lights earn a score of good, while the lower-end halogens earn a “Poor” score, with the Institute citing inadequate visibility during turns as the main reason behind the poor score. The LATCH system ease of use earn “Acceptable.” 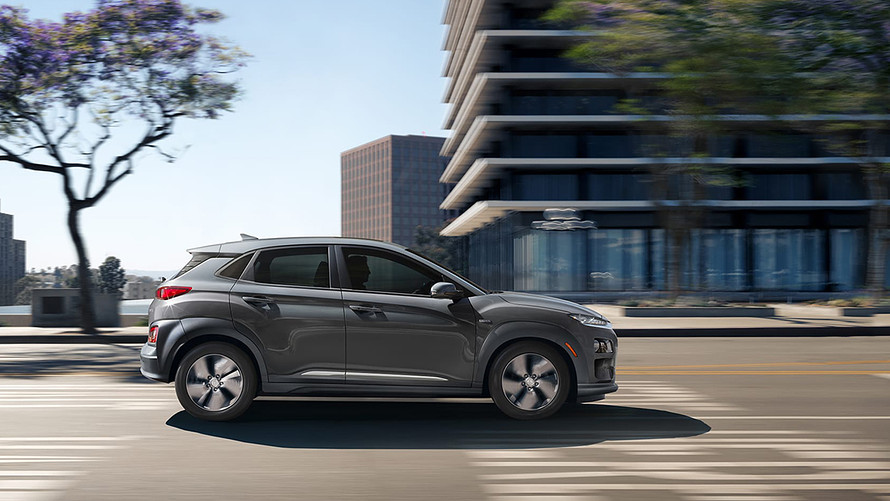 With all-wheel drive, a dual-clutch automatic transmission and a turbocharged engine all on the option sheet, the Kona is a surprisingly fun little subcompact hatchback. It also earns impressive scores in IIHS crash testing, with top marks for crashworthiness and for its optional front crash prevention system. The LATCH system’s ease of use earns only a “Marginal” score though, due to the Institute finding connection points to be too deep in the seat and difficult to maneuver around. If you aren’t opting for an upper trim level, the Kona’s headlights fall well short of a passing grade. While the LED beams in the Limited and Ultimate trims earn a “Good” score, SE and SEL trims get “Poor” for overall inadequate visibility.

Also see: The best times to buy a new car

As one of just two bona fide subcompact cars to earn an IIHS Top Safety Pick award, the Rio earns good marks in five out of six crashworthiness subcategories, earning only an “Acceptable” in the passenger-side small front overlap test, which many automakers have found difficult to master. The Rio offers an optional front crash prevention system that was found to perform as intended, earning it a perfect score in this category. The Rio is available with two different types of headlights. The S trim comes with LED projector beams if you opt for the Technology package, while all other trims come with basic halogens. The LEDs earn a score of “Good” while the halogens earn “Poor” for inadequate visibility. The LATCH system in the Rio sedan earns an “Acceptable” score, while the system in the hatchback has not been tested. 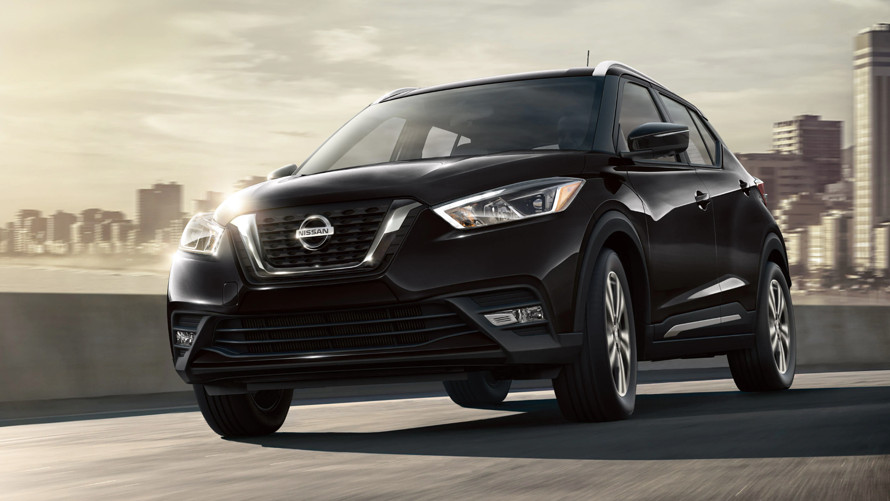 While the new Nissan NSANY, -2.82%   Versa subcompact sedan and hatchback have yet to be evaluated, the SUV-like Nissan Kicks earns a Top Safety Pick nod. The Kicks misses out on perfect crashworthiness scores due to an “Acceptable” rating in the passenger-side small front overlap test. The Kicks comes standard with a front crash prevention system that the Institute found to work as promised, earning it top marks, while the Kicks’ LATCH safety system earns a score of “Good” as well. Two different types of headlights are offered on the Kicks. S and SV trims come with basic halogen reflector beams that earn “Poor” because they provide inadequate visibility, while the LED projector low beams offered on the top-spec SR trim help it to earn an “Acceptable.”

After the Rio, the Hyundai Accent is the only other true subcompact sedan to earn a Top Safety Pick rating. This shouldn’t come as a surprise, as Hyundai HYMTF, -2.87%   and Kia are sister companies and the Accent and Rio are built on the same basic platform. Like the Rio, the Accent earns scores of “Good” in five of the six crashworthiness categories, coming up short in the passenger-side small front overlap test, where it earns an “Acceptable” score due to the crash dummy’s head sliding off the airbag, leaving the possibility open that a passenger’s head would come into contact with structural elements of the vehicle. The Accent’s optional front crash prevention system works as intended, while its LATCH child seat anchoring system earns an “Acceptable,” with the Institute noting that it’s located too deep within the seat for a perfect score. 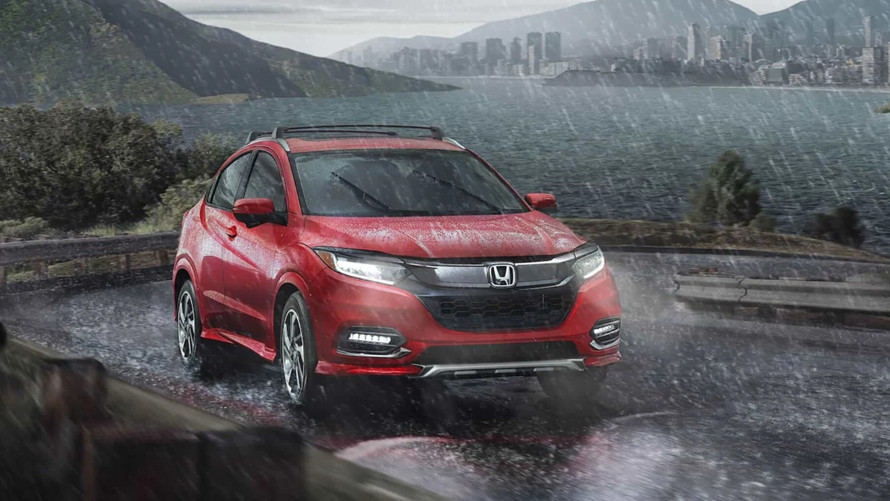 Honda ’s HR-V is a subcompact crossover competing with the likes of the Nissan Kicks, Mazda CX-3 and Toyota TM, -0.48%   C-HR. The HR-V earns top marks in all six crashworthiness categories, and a perfect score for its front crash prevention system, although this technology is optional. Child seat anchors earn an “Acceptable” score due to being located too deep in the seat and somewhat confusing to use. The Honda HMC, -1.50%   HR-V is offered with three different types of headlights, none of which earn top marks. Top-spec Touring models come with LEDs that earn an “Acceptable” score; EX, EX-L, LX and Sport trims come with halogen projector low beams and halogen reflector high beams. On the LX and Sport trims, these earn a score of “Poor,” while on the EX and EX-L, the inclusion of high-beam assist helps things a bit, and they earn “Marginal.”

Mazda ’s MZDAY, -1.87%   CX-3 earns generally good marks across the board but comes up short with regard to — you guessed it — headlights. The CX-3 earns scores of “Good” in all six crashworthiness categories and top marks for its front crash prevention system, although as with on several other vehicles at this price point, this system is optional. Grand Touring models come with LED lighting that earns a score of “Acceptable” for offering inadequate visibility on gradual left curves and fair performance in some other metrics. The Sport and Touring models, which come with halogen lights, earn a “Poor” score for inadequate overall visibility. The CX-3 earns an “Acceptable” for its LATCH system ease of use.