Home
Stocks
Cannabis Watch: Aurora Cannabis stock suffers worst day in more than five years, analyst says ‘it would be fair for investors not to believe them’
Prev Article Next Article 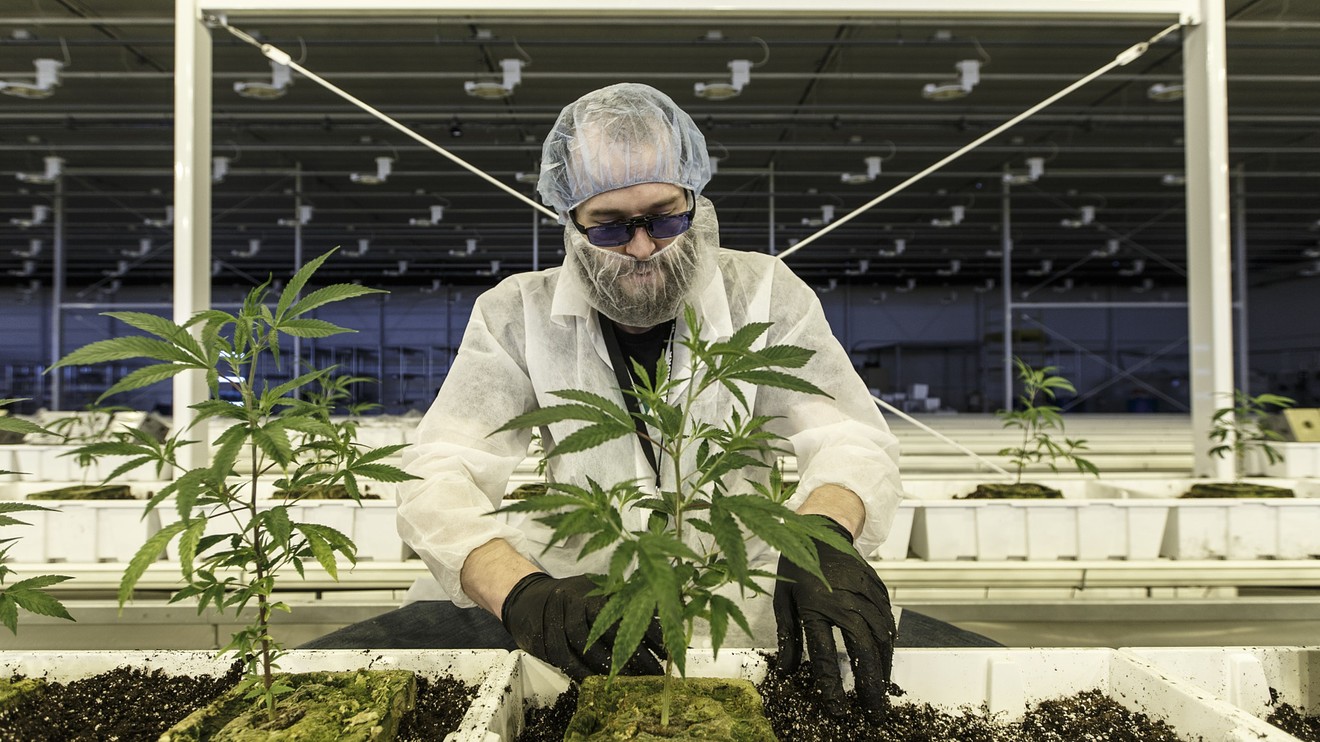 Aurora Cannabis Inc. shares suffered through their worst trading session in more than five years Friday, after an earnings report that included disappointing numbers and plans to cut spending sent analysts racing to cut their forecasts for the Canadian marijuana producer.

Aurora’s ACB, -17.33%  revenue declined by 24% sequentially in its fiscal first quarter, and the second largest public weed company by sales cancelled or delayed plans for multiple further facilities expansions and converted C$155 million in debt into shares as it seeks to conserve cash. Investors responded by sending the stock on a 17.2% decline to $2.73, the largest single-day percentage decline for Aurora shares in more than five years and the lowest closing price since October 2017.

Analysts said that investors had a reason for anger and distrust after the report, and should be thinking about whether it means that it is time to run away from the cannabis industry altogether.

“If Aurora is less eager to deploy capital to this industry, we believe investors should also be reluctant to place capital in the industry,” MKM Partners analyst Bill Kirk, who has a sell rating and $3 price target on the stock, wrote in a note.

Jeffries analyst Owen Bennett noted that dilution from the debenture conversion could swing investor sentiment even more, and believes a writedown for a goodwill impairment from the MedReleaf acquisition could be on the way. He also suggested that beyond negative sentiment, investor trust could be a real issue after Aurora’s optimistic statement before Thursday’s disappointment.

“With possible cash pressures evident, announcing ceased construction at facilities despite a press release just 6 weeks ago praising progression, and now EBITDA (and cash) positive looking unlikely this year, it would be fair for investors not to believe them,” wrote the analyst, who has a buy rating and $7 price target on the stock.

Nine analysts cut their price targets on the stock, according to FactSet, while sales and earnings estimates were widely slashed. Stifel analyst W. Andrew Carter established the lowest price target tracked by FactSet when he reduced his to $2.80 from $3.50, while maintaining a sell rating.

“The company outlined a robust plan for shoring up the balance sheet, but even with C$500 million in established financing resources available, we believe the company’s precarious financial position offers very little room for error,” Carter wrote. “We believe the challenges of the current environment in the category offer little support for cannabis companies dependent on the capital markets.”

Not all analysts were sour about Aurora’s announcements, though. The only rating change came from Cantor Fitzgerald analyst Pablo Zuanic, who upgraded the stock to overweight from neutral while raising his price target to $5.85 from $5.10.

In explaining that move, Zuanic listed four reasons: “We do not expect a worse quarter for the group,” Aurora is in better shape than other cannabis companies, its full-year performance shows a strong understanding of the market, and the moves announced Thursday afternoon were “more decisive actions” than rivals are making.

“Kudos for the timeliness and depth of disclosure (best in class among the larger LPs,” Zuanic wrote. “We think this should account for something.”

Cowen analyst Vivien Azer titled her earnings note, “We now have cash, its a good thing,” even while dropping her price target to $6 from $8.

“With the Canadian cannabis sector under-whelming across the board, for one reason or another, ACB delivered on perhaps the most critical element: more cash,” wrote Azer, who maintained an outperform rating. “In our view, management is taking a prudent approach to match up supply capacity with demand, thus slowing down capital spending. Given its low cost production, ACB seems prepared to leverage its scale advantages.”

Seaport Global analyst Brett M. Hundley said his neutral rating would be reviewed, but said that at least Aurora was trying to take control of the situation.

“These actions are expensive, but they keep Aurora in control of its own destiny,” Hundley wrote.

After Friday’s changes, 8 of 17 analysts tracked by FactSet label Aurora the equivalent of a buy, while seven call it a hold and two rate the stock a sell. The average price target was $5.69, according to FactSet.