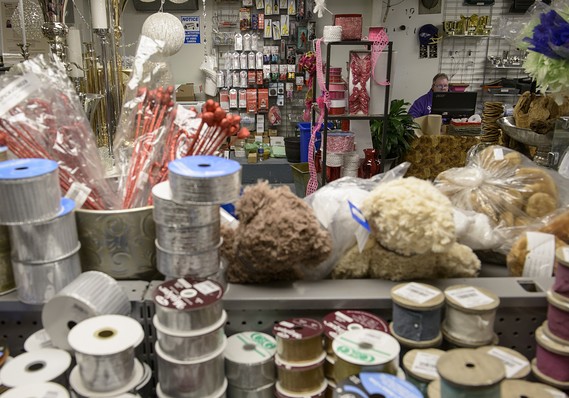 The cost of imported goods fell again in October.

The numbers: The cost of goods imported into the U.S. fell sharply in October, reflecting declines in a broad array of goods such as petroleum, food, drinks and consumer electronics.

The price of imports have fallen 3% in the past year, marking the largest decline in a 12-month period since the middle of 2016. That’s made foreign goods such as wine and cheese cheaper for Americans to buy and put downward pressure on inflation in the U.S. 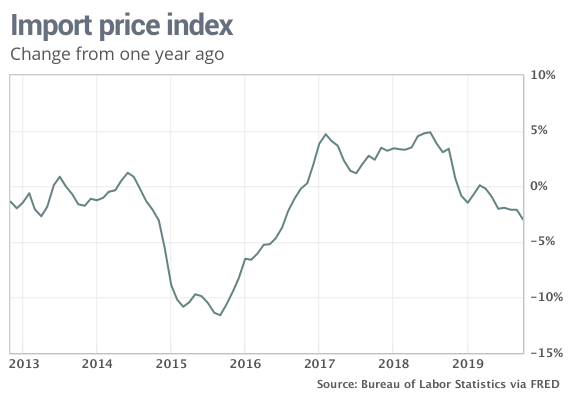 The cost of imports from China decreased 0.1% in October and prices are down 1.6% over the past 12 months. China has sought to counter stiff U.S. tariffs in part by letting the value of its currency fall.

Big picture: Inflation is low in the U.S. and around the world and unlikely to rise much with global economic growth slowing to a crawl this year. While U.S. tariffs have led to price increases on some goods, inflation more broadly hasn’t been affected very much.

Market reaction: The Dow Jones Industrial Average DJIA, -0.01% and S&P 500 SPX, +0.08% were set to open slightly higher in Friday trades. Stocks have been cresting at record highs over the past week.