Home
Stocks
Economic Report: Retail sales rebound in October, but just a small group of stores reap most of the gains
Prev Article Next Article 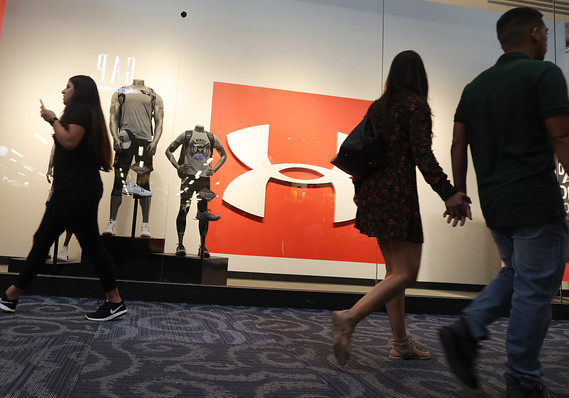 Sales at clothing stores such as Under Armour were weak in October, just before the start of the holiday shopping season.

The numbers: Sales at gas stations, car dealers and internet stores such as Amazon rose in October, but most other retailers posted weak results just before the start of the critical holiday shopping season.

The increase in sales was concentrated in just a few segments, however. If autos and gasoline are excluded, sales rose a scant 0.1%, with almost all of that gain coming from internet retailers.

What happened: Sales at gas stations jumped 1.1%, largely reflecting an increase in prices at the pump.

Internet retailers also reported a nearly 1% increase in sales while receipts at auto dealers and grocers both climbed 0.5%.

Sales were basically flat at department stores and pharmacies.

Big picture: Surveys of consumers suggest the 2019 holiday shopping season could be a strong one, but spending has been lackluster the past few months. Sales fell in September for the first time in seven months and they weren’t all that great in October.

Americans seem to be in a good position to spend against the backdrop of the strongest labor market in decades. Incomes are rising, savings are high and debt is relatively low.

The big question is how much the trade dispute with China and recent but fading talk of recession dented consumer confidence. That could have hurt sales in September and October.

The good news is that trade tensions have eased after the U.S. and China resumed negotiations. The Federal Reserve has cut the cost of borrowing. And the stock market has set fresh record highs.

All of these events could boost consumer confidence — and boost spending during the holidays. Steady consumer spending is essential to keep the U.S. economy out of recession.

Market reaction: The Dow Jones Industrial Average DJIA, -0.01% and S&P 500 SPX, +0.08% were set to open solidly higher on Friday. Stocks have been trading at or near records over the past week.