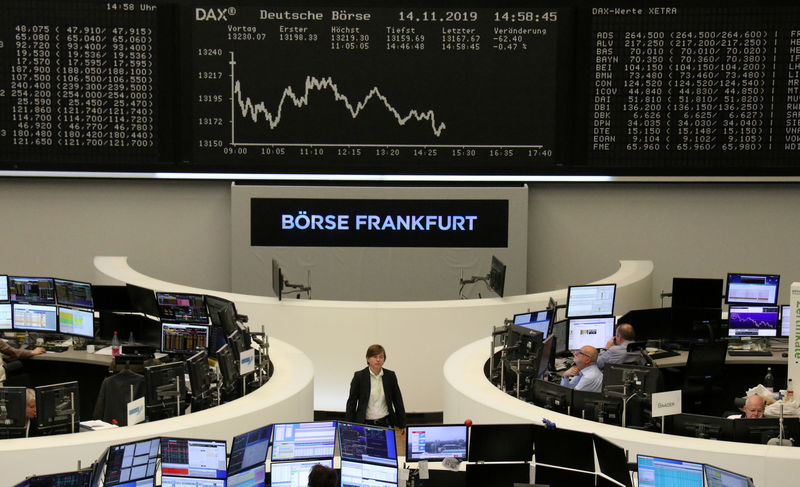 (Reuters) – European shares were on course for a sixth straight weekly gain on Friday, following a record close on Wall Street as bullish comments from a White House official on a U.S.-China trade deal boosted trade-sensitive miners, technology stocks and automakers.

White House economic adviser Larry Kudlow said late on Thursday Washington and Beijing were getting close to a trade agreement, citing what he called very constructive talks with Beijing about ending a 16-month trade war.

Miners () were the top gainers on the day, up about 1.5%, followed by technology stocks ().

Shares in chipmakers Infineon (DE:), STMicroelectronics (BN:) and ASML Holding (AS:) rose between 0.8% and 1%, after industry bellwether Applied Materials (O:) forecast a strong first quarter ahead of the 5G rollout in key markets.

Telecom shares () were boosted by a 2.5% gain in Orange (PA:) after France’s biggest telecoms operator said it was preparing to split its mobile towers unit into a separate company.