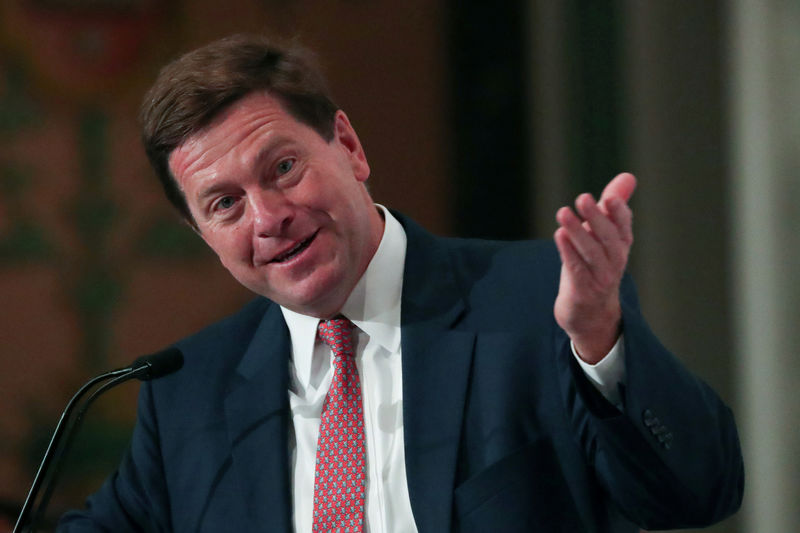 By Katanga Johnson and Chris Prentice

WASHINGTON/NEW YORK (Reuters) – The U.S. securities regulator is rethinking a proposal that could weaken a landmark whistleblower program after a pushback from whistleblower lawyers and advocates, people with knowledge of the deliberations told Reuters.

Last year, the Securities and Exchange Commission (SEC) proposed reworking the program which allows the SEC to reward tipsters whose original information leads to a penalty exceeding $1 million with between 10% and 30% of the fine.

Created after the 2007-2009 global financial crisis, the program is widely considered a major success, resulting in more than $2 billion in penalties against firms such as JPMorgan (N:) and Bank of America (N:) and $387 million in rewards. Weakening the program would hamper the agency’s ability to detect and prosecute white collar crime, say lawyers.

The SEC has proposed several changes to the program in a bid to make it more efficient and to speed up issuing rewards. Among them, the SEC has proposed giving staff more latitude when assessing awards and the discretion to reduce certain payouts that would exceed $30 million.

The SEC has also proposed requiring that whistleblowers formally file their reward claim within 30 days of first initiating contact with the agency. Currently, staff may consider formal claims long after contact is made and an investigation is underway.

The proposal has drawn fierce opposition from whistleblower advocates who warn that the changes will reduce the incentives for tipsters to flag the most egregious corporate frauds by increasing the legal costs of filing tips, limiting rewards and creating uncertainty.

Whistleblowers face major risks and need confidence they will be suitably compensated, the advocates have said.

Some of the planned changes have also met with resistance on Capitol Hill, including from Republican Iowa Senator Chuck Grassley. He has pressed the SEC to reconsider changes that would water down the program or weaken whistleblower protections, said one of the sources. The SEC’s two Democratic commissioners also publicly opposed the proposal when it was first unveiled.

The pushback prompted SEC chair Jay Clayton to take the unusual step of postponing a scheduled Oct. 23 vote to adopt the rule changes, according to public documents and the sources.

Instead, Clayton and SEC staff held meetings with whistleblower lawyers and advocates that day to hear their concerns, according to his calendars and three people who participated in the meetings.

A spokeswoman for Clayton said at the time that he had delayed the vote to hear more feedback and that the SEC’s goal was to “enhance” the program, but did not elaborate on potential changes to the proposal. Two people with knowledge of the matter said the SEC is now rethinking the changes to potentially address some of the concerns raised by advocates.

In a statement issued on Friday, Clayton said concerns regarding uncertainty over the SEC’s commitment to the program and rewarding of whistleblowers are “not lost on me” and that his aim was to increase the transparency of the program.

“I expect the Commission to consider final rules in the near future,” he said, adding he hoped the changes would ultimately encourage more, not fewer, tips.

Sean McKessy, who set up the SEC whistleblower office and is now a partner at Phillips & Cohen LLP, was among those who met with Clayton, according to the calendars.

He and Clayton discussed modifying the proposal to give SEC staff more flexibility to issue an award even if the claim was not filed within the 30 day window, according to McKessy and a letter he submitted to the SEC two days later. They also discussed reconsidering the discretionary caps.

“Imposing more agency discretion on its awards only suggests to whistleblowers that the SEC plans to make restrictive an already complicated and risky process,” McKessy told Reuters.

Corporate lobbyists have been pushing the SEC to revise the program. They say excessive awards have spawned a cottage industry of tipsters and their attorneys who get a cut of the reward, overwhelming the SEC with unhelpful and sometimes bogus information.

The majority of awards have been less than $2 million but some have been as high as $50 million. The SEC has said the proposed changes would ensure rewards are “reasonably necessary” and has pointed out that additional discretion would also allow staff to adjust bounties upwards in cases of smaller penalties.

Grassley declined to comment on his interaction with the SEC, but in a statement said it was “good news” the agency was rethinking the changes.