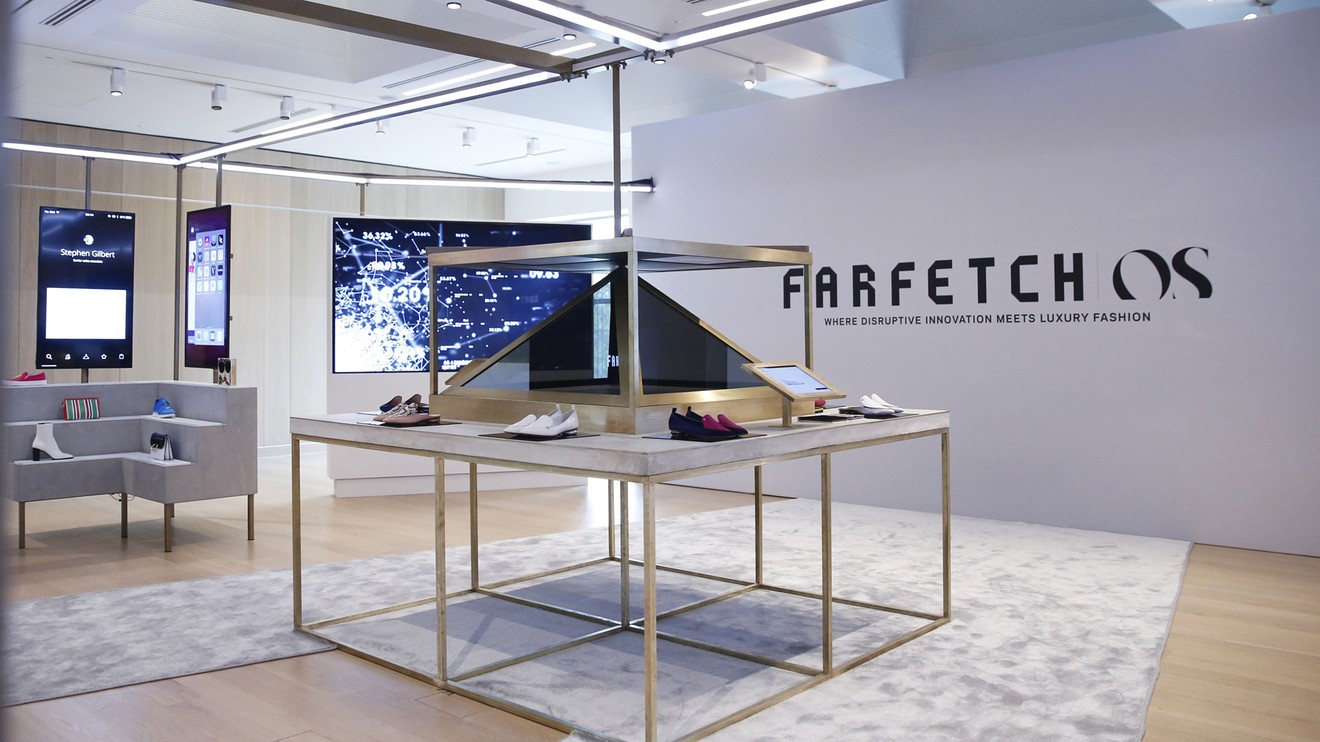 Gucci, Fendi and Stella McCartney are just some of the big names in the Farfetch Ltd. lineup, a sign that luxury labels are making the shift online to follow luxury shoppers, analysts say.

“The market for personal global luxury products is in the midst of a structural shift to online,” Cowen analysts led by John Blackledge wrote in a note.

“[W]e view Farfetch as best positioned to capitalize on the multi-year transition in the more-than $300 billion market, with Farfetch’s Marketplace yielding a forecast of 16% revenue growth over the next decade and especially helped by the growing luxury consumer in China and other emerging markets.”

Farfetch is an online luxury fashion retail platform that sells products from over 700 boutiques and global brands. Headquartered in London, with offices in eleven cities and 3,000 staff, the e-commerce company operates local language websites and mobile apps.

Farfetch reported narrower-than-expected losses for the third quarter, and revenue that was in line with FactSet expectations.

The results, as well as the potential growth, sent shares soaring 30% in Friday trading, en route to the largest one-day percentage gain since the company went public on Sept. 21, 2018.

More than 100 new luxury brands have jumped on the Farfetch platform, including Stella McCartney and Brunello Cucinelli, said José Neves, Farfetch’s chief executive, on the earnings call. And at the end of the quarter, the site’s top 10 brands, including Gucci, Prada and Fendi, had doubled their stock on the site versus a year ago.

“Online luxury has some of the best secular growth prospects in our coverage,” wrote KeyBanc Capital Markets analysts.

“Online penetration in the category remains very low (less than 10%) and we think adoption will accelerate rapidly as brands embrace e-commerce due to customer preference and a distressed department store space.”

KeyBanc rates Farfetch stock overweight, but lowered its price target to $20 from $27, based on revaluation of e-commerce.

See: Coty says its brands grew 40% on Amazon in the most recent quarter

Analysts are also upbeat about the New Guards Group acquisition, which was announced in August. Among the brands on the New Guards platform are Off White, which was founded by Virgil Abloh, the artistic director of Louis Vuitton’s men’s collection.

Farfetch shares sank shortly after the deal was announced.

“New Guards presents an opportunity to allow new brands and designers to pilot their products on the platform and engage with consumers looking to discover new and exciting brands,” wrote KeyBanc.

UBS analysts led by Eric Sheridan are bullish about the long-term picture for the company.

“While the company has been acquisitive since IPO’ing, we see many of the transactions fitting inside a broader narrative of enabling a more rapid adoption of online shopping within the broader luxury e-commerce landscape,” UBS said.

“Despite investors continuing to question the long-term growth and margin profile… we don’t see our long-term thesis changed and expect Farfetch to play a meaningful role in the shift in the global luxury market.”