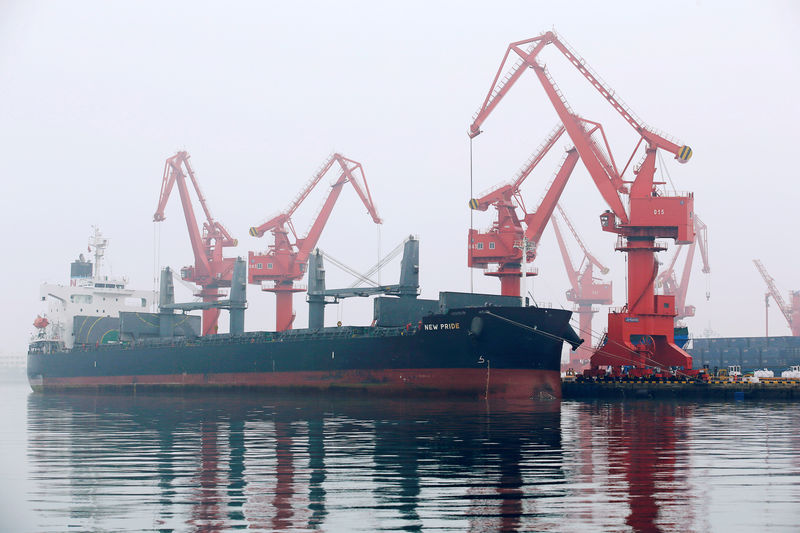 LONDON (Reuters) – The Organization of the Petroleum Exporting Countries and its allies face stiffening competition in 2020, the International Energy Agency said on Friday, adding urgency to the oil producer group’s policy meeting next month.

“The OPEC+ countries face a major challenge in 2020 as demand for their crude is expected to fall sharply,” the Paris-based agency said in a monthly report.

The IEA estimated non-OPEC supply growth would surge to 2.3 million barrels per day (bpd) next year compared to 1.8 million bpd in 2019, citing production from the United States, Brazil, Norway and Guyana.

“The hefty supply cushion that is likely to build up during the first half of next year will offer cold comfort to OPEC+ ministers gathering in Vienna at the start of next month,” it added.

While U.S. supply rose by 145,000 bpd in October, the IEA said, a slowdown in activity that started earlier this year looks set to continue as companies prioritize capital discipline.

Demand for from OPEC in 2020 will be 28.9 million bpd, the IEA forecast, 1 million bpd below the exporter club’s current production.

The recovery by OPEC’s de facto leader Saudi Arabia from attacks on the country’s oil infrastructure contributed 1.4 million bpd to the global oil supply increase in October of 1.5 million bpd.

“With plans underway for the Aramco IPO and the persistent need for revenues to fund the government budget, Riyadh has every incentive to keep oil prices supported,” the IEA said.

Saudi state oil company Aramco, the world’s most profitable firm, starts a share sale on Nov. 17 in an initial public offering (IPO) that may raise between $20 billion and $40 billion.

It was the IEA’s last monthly report before the Dec. 5-6 talks among OPEC states and partners led by Russia on whether to maintain supply curbs aimed at buoying prices and balancing the market.

The agency kept its assessments for growth in global oil demand in 2019 and 2020 at 1 million bpd and 1.2 million bpd respectively, but said its outlook might slightly underestimate the impact of tariffs from the U.S.-China trade war.

The IEA said that if some or all tariffs were lifted in coming months, “world economic growth and oil demand growth would both rise significantly”, though the rebound may not be immediate.

Sluggish refinery activity in the first three quarters has caused crude oil demand to fall in 2019 for the first time since 2009, the IEA said, but refining is set to rebound sharply in the fourth quarter and in 2020.