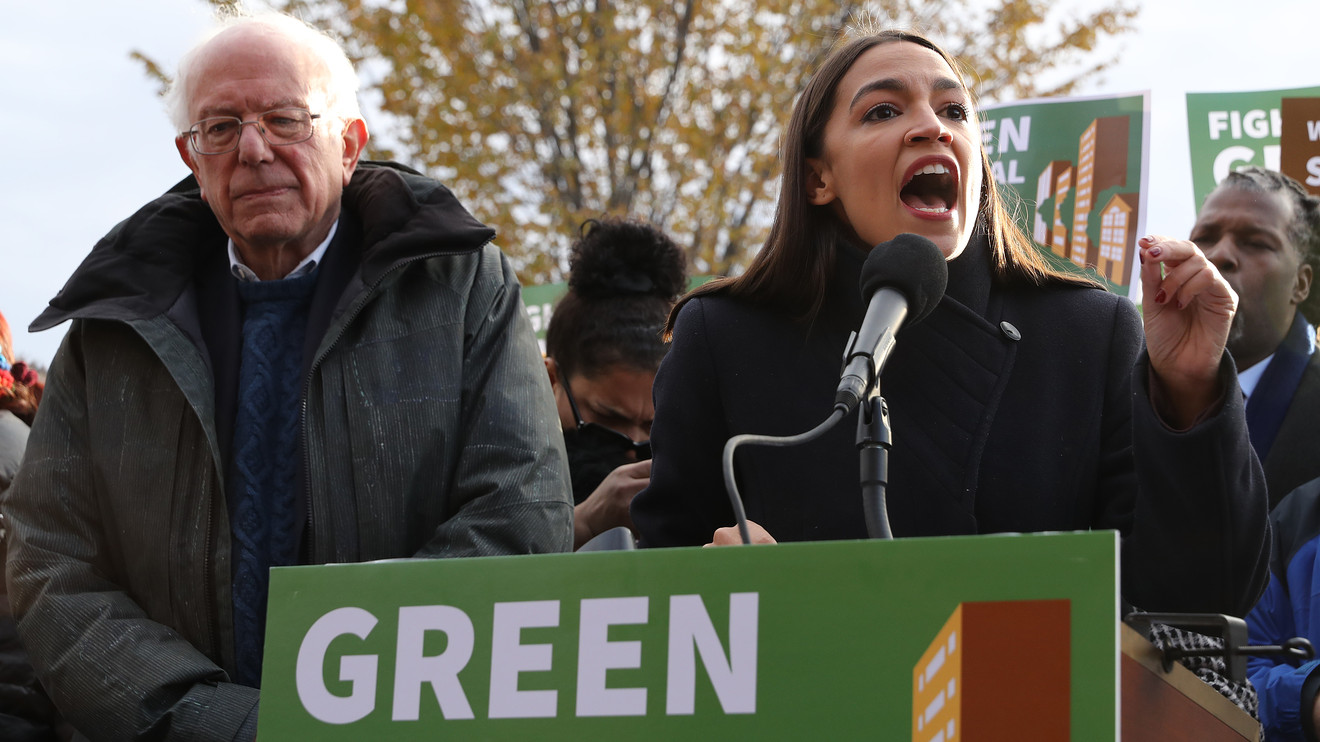 Chief among the proposed legislation’s objectives would be retrofitting the country’s existing 1.2 million public housing unit to make them more energy efficient, including building electrification and water quality upgrades and weatherization. Other improvements would also ensure that public housing units are safe and healthy to live in.

Sanders and Ocasio-Cortez said the housing proposal would cost around $180 billion over 10 years, but they argued the plan would pay for itself through the energy savings it would create. They estimated that the bill would reduce public housing costs by 30%, in addition to a 70% reduction in energy-related expenses.

The plan also would direct the federal government to equip these buildings with renewable energy technology such as solar panels, so that they can produce their own energy.

“We are going to be making massive cuts in carbon emissions by retrofitting and rebuilding public housing in this country,” Sanders, an independent from Vermont who is seeking the Democratic nomination for president, said during a press conference Thursday afternoon. He added that the energy savings produced by this plan should cut carbon emissions by an amount equivalent to taking one million cars off the road.

In addition to Sanders and Ocasio-Cortez, the legislation has received backing from Sen. Elizabeth Warren of Massachusetts and Sen. Jeff Merkley of Oregon.

Beyond producing energy savings, the bill’s authors argued it would preserve affordable housing at a time when housing affordability is worsening across most of the country. Beyond shoring up these buildings, the legislation also calls for the repeal of the Faircloth Amendment, which generally prohibits the construction of new public housing developments.

Also see: Apple, Facebook, Google and Amazon are putting billions of dollars toward affordable housing — but that money may be too little, too late

Public-housing authorities looking to receive support for energy-efficiency improvements and other rehabilitation projects would need to meet certain requirements to receive those funds. In particular, the authorities would need to engage residents in the process, including prioritizing jobs for public-housing residents. Sanders and Ocasio-Cortez said that this legislation would generate around 250,000 jobs.

The legislation would also call for other improvements aimed at improving the lives of the roughly 1.2 million households living in public housing, such as creating community gardens, expanding child-care centers and building grocery stores within public housing developments to ensure that residents don’t live in so-called “food deserts.”