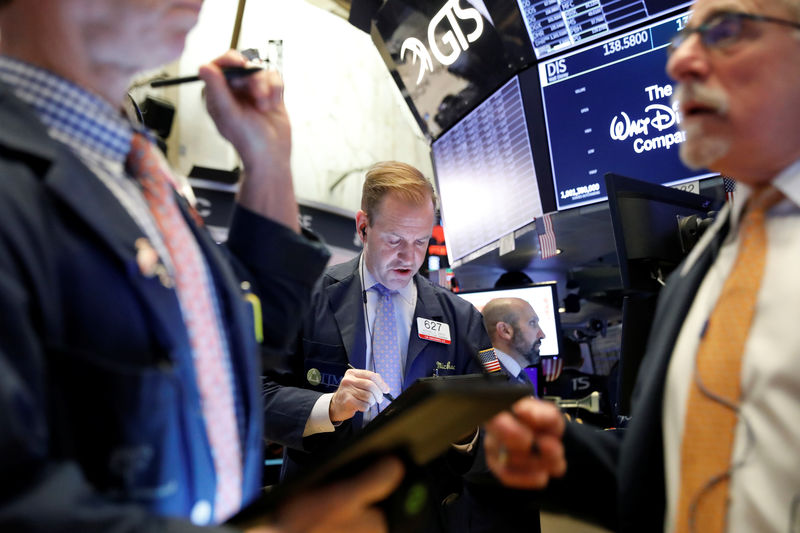 White House economic adviser Larry Kudlow said late on Thursday that the world’s two largest economies were getting close to a trade agreement, citing what he called very constructive talks with Beijing about ending a 16-month trade war.

Kudlow’s comments eased nerves after reports that talks had hit a snag over how and when to reduce tariffs, and what level of agricultural purchases could be expected from China as well as statements by President Donald Trump saying he could impose new tariffs on China if no deal was reached.

Shares in chip gear maker Applied Materials Inc (O:) jumped 5.7% in premarket trading after it forecast quarterly results above estimates, as it expects more clients to upgrade their equipment ahead of the 5G rollout in key markets.

Chipmakers have been among the victims of a long-running trade war between Washington and Beijing, as they rely on China for a huge portion of their revenue. However, signs of progress on the trade front have helped drive the Philadelphia chip index () to record levels.

The benchmark S&P hit an all-time closing high on Thursday, as robust earnings from retail giant Walmart Inc (N:) pointed to a strong U.S. consumer at a time when spending is seen as a key support for the economy.

Shares in embattled retailer J.C. Penney Co Inc (N:) soared 12% on Friday after reporting a smaller quarterly loss, versus a year earlier, as it benefited from lower marketing expenses and an increase in store and online selling margins.

Wall Street’s main indexes have been powered by hopes of a “phase one” trade deal, a largely upbeat third-quarter earnings season and a third interest rate cut by the Federal Reserve.

Investors will keep a close eye on retail sales data from October, due at 8:30 a.m. ET. The numbers are expected to show a rebound from a surprise contraction in the previous month.

Another set of data is likely to show industrial production declined in October.

Nvidia Corp (O:) edged up 0.3% as the company predicted strong demand for chips used in data centers, but said it expects its gaming chip business to be impacted by seasonal weakness in the fourth quarter.