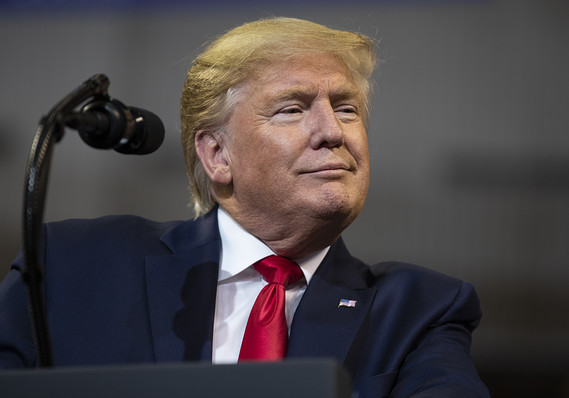 President Donald Trump on Friday attacked the former U.S. ambassador to Ukraine as she was testifying in Democrats’ impeachment probe, and was preparing for a ceremony on a health-care action.

Yovanovitch opened the second day of impeachment hearings by saying her abrupt removal by Trump’s administration played into the hands of “shady interests the world over” with dangerous intentions toward the United States.

Asked by House Intelligence Committee Chairman Adam Schiff about Trump’s attack, Yovanovitch pushed back and said his comments were intimidating.

Read: Yovanovitch pushes back against Trump in real time: ‘I … made things better.’

Trump is scheduled to give an afternoon event after his administration released a plan that would for the first time force hospitals and insurers to disclose their secret negotiated rates.

Administration officials, reports The Wall Street Journal, said the final rule will compel hospitals in 2021 to publicize the rates they negotiate with individual insurers for all services, including drugs, supplies, facility fees and care by doctors who work for the facility.