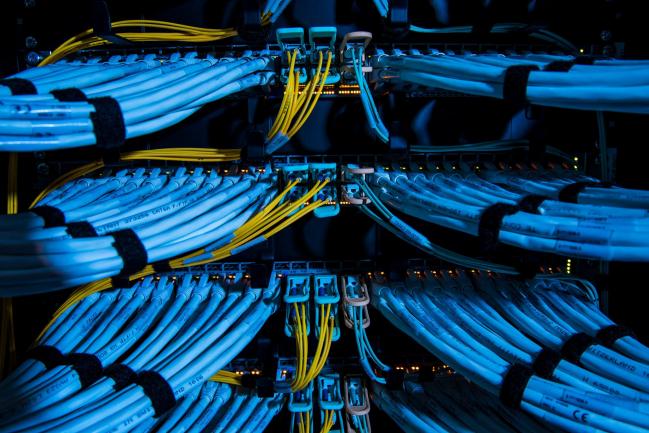 (Bloomberg) — The U.K. Labour Party pledged to deliver free full-fiber broadband for everyone within 10 years by nationalizing BT Group’s (LON:) Openreach unit at a cost of 20 billion pounds ($26 billion).

If elected to power Dec. 12, a Labour government “will undertake a massive upgrade in the U.K.’s internet infrastructure, delivering fast, secure, reliable internet connections for everyone and putting an end to patchy and slow coverage,” the party said in an emailed statement late Thursday. Party leader Jeremy Corbyn will announce details of the policy in a speech in Lancaster, northern England on Friday.

“What was once a luxury is now an essential utility,” Corbyn will say. “It’s time to make the very fastest full-fiber broadband free to everybody, in every home in every corner of our country.”

It’s the biggest new pledge yet of the election campaign from Labour, which already has plans to nationalize the postal service, the railways and water and energy utilities. While the radical proposals may prove popular with voters, Corbyn is far from certain to be in a position to implement them. The Labour Party has an average of 29% support in recent polls, typically 11 points behind the Conservatives, which have 40%.

Labour puts the cost of the nationalization at about 20 billion pounds, which it would finance partly by taxing multinational corporations such as Amazon.com (NASDAQ:), Facebook (NASDAQ:). and Alphabet;s (NASDAQ:)’s Google. BT’s Chief Executive Officer Philip Jansen said the proposal — including the full-fiber pledge — would cost almost five times that amount.

“These are very very ambitious ideas,” Jansen said Friday in an interview on BBC Radio 4. “The Conservative Party have their own ambitious ideas for full fiber for everybody by 2025.”

“How we do it is not straightforward, it needs funding,” Jansen said, putting the cost of such a roll-out over eight years at “not short of 100 billion pounds.”

BT has been pledging to speed up its own full-fiber build and Jansen said the company’s shares have fallen on the recognition that “we’re going to be investing very very heavily.” Shareholders “are nursing massive losses on their investment” in BT if they’d bought it a few years ago, he said.

Investors could get burned in a nationalization, according to analysts. Openreach’s business would likely be undervalued in an expropriation, New Street analyst James Ratzer said in an email, adding that nationalization “rarely works well for shareholders.” The Labour announcement caused TalkTalk Telecom Group Plc to pause talks to sell a fiber project as the industry seeks clarity.

BT shareholders would receive U.K. government bonds as compensation, John McDonnell, who speaks for the Labour Party on financial matters, told the BBC.

It’s not the first time radical ideas have been proposed for BT’s Openreach unit, a national network of wire and fiber-optic cable that communication providers including BT, Comcast Corp’s (NASDAQ:) Sky and Vodafone Group PLC (LON:) tap into to provide home internet to customers.

BT was forced to legally separate the division from the rest of the company in recent years over concerns about competition, and that it wasn’t investing fast enough to roll out fiber, and some investors have suggested the company should fully spin it out into an independent, listed business to unlock value.

Nicky Morgan, the Conservative cabinet minister with responsibility for digital services, in a statement dismissed Corbyn’s plan as a “fantasy” that “would cost hardworking taxpayers tens of billions” of pounds.

The Conservative Party’s own proposal for full-fiber broadband across the U.K. by 2025 — eight years ahead of a previous government goal — has raised eyebrows across the telecom industry, as some executives and analysts expressed skepticism about whether it’s doable, whether there’s consumer demand for the ultrafast internet service and how companies would make money.

TechUK, the industry’s main trade body called Labour’s plan “a disaster” for the telecom sector. “Renationalization would immediately halt the investment being driven not just by BT but the growing number of new and innovative companies that compete with BT,” said Chief Executive Officer Julian David.

The announcement will provide more fodder for the arguments by Prime Minister Boris Johnson’s Conservatives that a Labour government risks plunging the country into an economic crisis. Chancellor of the Exchequer Sajid Javid over the weekend released analysis estimating Labour would raise spending by 1.2 trillion pounds over five years. McDonnell at the time called it “fake news.”

McDonnell told the BBC that Parliament would set the value of Openreach when it’s taken into public ownership and that shareholders would be compensated with government bonds. He said the expenditure was needed because only 10% to 12% of the country has coverage now, compared with near complete coverage in Japan and South Korea.

Under Labour’s plan, the roll-out would begin in areas with the worst broadband access, including rural communities followed by towns and then by areas that are currently well-served by fast broadband.

According to elections expert John Curtice, Corbyn’s chances of forming a majority government are “as close to zero” as it’s possible to get. The election is still hard to predict, and it is possible that Labour could yet win power, either on its own or with the support of smaller parties.