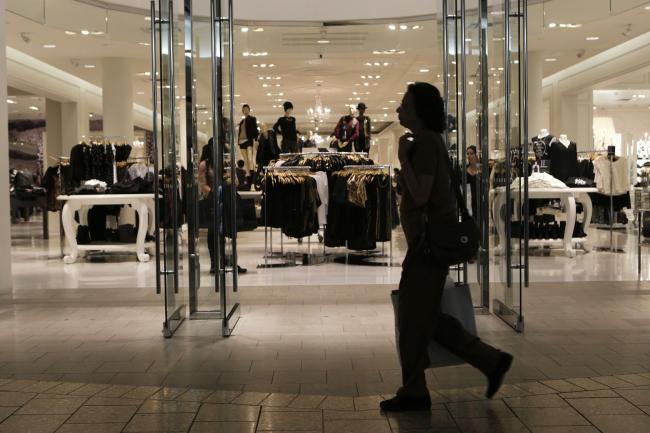 (Bloomberg) — U.S. rebounded by slightly more than estimated in October on gains from auto dealers and filling stations, though declines in categories including clothing and furniture stores tempered the advance.

The value of overall sales increased 0.3% from the prior month after a 0.3% drop in September, Commerce Department figures showed Friday. The median estimate in a Bloomberg survey called for a 0.2% advance.

The reading signals consumers remain willing to spend, though at a slower pace than earlier this year, as the robust jobs market and solid wage gains offer reasons for Americans to remain upbeat. Consumers have driven the economy forward in recent quarters, and Friday’s data suggest the trend may continue in the final three months of the year.

But the retail report also included some signs that may point to consumers running low on steam, with seven of 13 major categories dropping. Sales at furniture and home furnishing stores fell 0.9% while food service and drinking places decreased 0.3%, both posting the steepest declines of this year.

Control-group sales have increased an annualized 4% over the latest three months compared with a 6.3% rate in the same period through September.

A separate report Friday from the New York Fed showed manufacturing weakness persisted this month. The Empire State factory gauge, based on a survey of companies in New York, fell to 2.9, compared with forecasts for a gain, pointing to tepid growth in the sector.

Later Friday, the Fed is due to report national figures for industrial production in October.

Nonstore retailers, which include online shopping, were a bright spot. They posted a 0.9% gain from the prior month and were up 14.3% from a year earlier, the most of any major group.

Filling-station receipts increased 1.1%, the report showed. The retail figures aren’t adjusted for price changes, so sales could reflect changes in gasoline costs, sales, or both.

Spending at automobile dealers climbed 0.5% after decreasing 1.3% in the previous month. That contrasted with industry data from Wards Automotive Group that previously showed auto sales slumped to a six-month low in October.

Excluding automobiles and gasoline, retail sales edged up 0.1% — below forecasts — after a decline the previous month.

Retail sales estimates in Bloomberg’s survey of economists ranged from a 0.2% decline to a 0.7% gain from the prior month.

The sales data capture don’t capture all of household purchases and tend to be volatile because they’re not adjusted for changes in prices. Personal-spending figures will offer a fuller picture of U.S. consumption in data due at the end of the month.