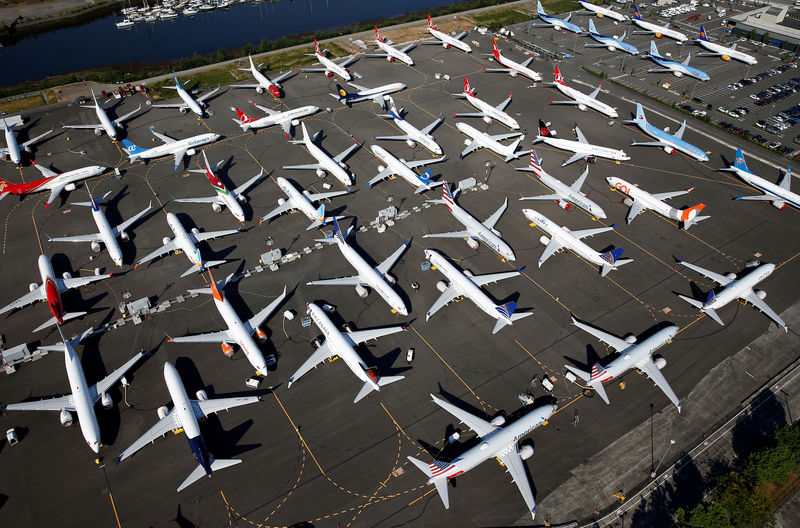 CHICAGO (Reuters) – United Airlines Holdings Inc said on Friday it is extending cancellations of Boeing (NYSE:) 737 MAX flights until March 4, joining U.S. peers who are also scheduling without the aircraft until early March as the jet awaits approval to fly again.

The March date will mark nearly a year since regulators around the world issued a safety ban on Boeing Co’s fastest-selling aircraft, the 737 MAX, following two fatal crashes in Indonesia and Ethiopia.

Boeing said on Monday that the U.S. Federal Aviation Administration could approve in December fixes to software that played a role in both crashes and approve fixes to new pilot training in January, though the agency has insisted it has no set time frame.

Major airlines have said they will need at least a month after approval to complete training and install revised software before flights can resume.

Since the grounding, airlines have canceled flights or put other aircraft on routes that would have been flown with the 737 MAX in a hit to profits.

“We are continuing to work through the schedule to try and swap and upgauge aircraft to mitigate the disruption caused by the grounding of the MAX,” United said in a statement.

Airlines have been automatically booking affected passengers on alternate flights or offering other options.

United had previously canceled 737 MAX flights through early January. The new timeline, which could still change depending on the timing of FAA approval, will lead to more than 8,500 flights being canceled between November and the first few days of March.