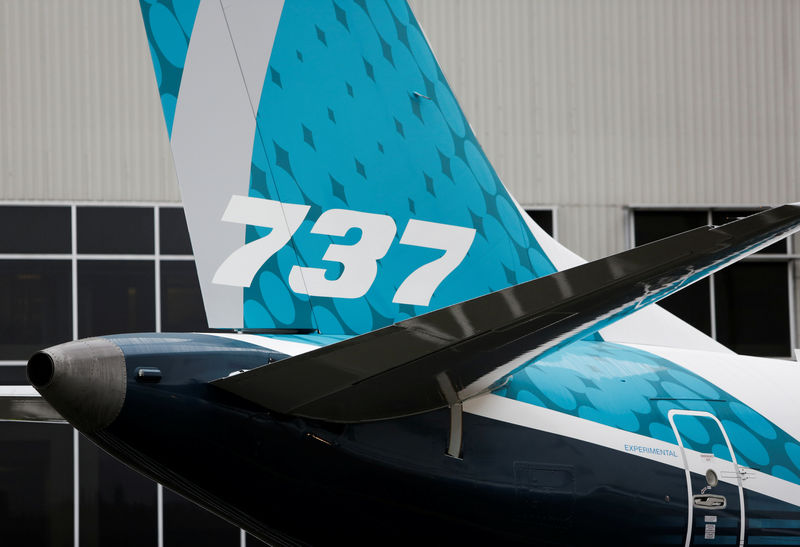 © Reuters. Watch for Sparks as Jet Engines Hit Their Limits

(Bloomberg Opinion) — Earlier this week, my Bloomberg Opinion colleague Chris Bryant examined the ongoing troubles for advanced jet engines used on today’s commercial airliners. These engines now seem to be reaching their technical limits, and as Bryant says, we may be asking too much of the technology.

That’s not great news for the companies making those turbines, or for those flying the aircraft. It’s also not the best news for the climate, given the trajectory of emissions from air travel and air freight. Carbon dioxide emissions from commercial aviation made up 2.4% of global emissions in 2018 and, according to the International Council on Clean Transportation, have grown 32% in just five years.

The geography of those emissions is highly concentrated. Three markets — the U.S., the European Union and China — account for more than half of all emissions; the top 10 emitters contribute more than 70% of the global total.

There’s something hopeful, actually, in that geographical distribution. High concentration means that tackling emissions in just three markets can have an outsized impact, and standards set in those large markets are easy for others to follow.

There’s another aspect to the distribution of aviation emissions that’s worth examining: emissions by type of aircraft. Bryant writes of problems with engines on both widebody and narrowbody aircraft: the Rolls-Royce Holdings Plc (LON:) Trent 1000 engines used on the widebody Boeing (NYSE:) Co. 787, and United Technologies Corp (NYSE:). subsidiary Pratt & Whitney’s geared turbofan used on the narrowbody Airbus SE A320neo. While widebody aircraft make up one-third of global emissions, narrowbody and regional passenger plans are almost half.

If the turbines used to propel the largest and longest-range of aircraft are approaching technical limits but almost half of emissions are from shorter-range and smaller aircraft, then there’s space to innovate, for emissions’ sake, at the short and small end. And that space looks electric and hybrid.

Next month, Vancouver-based Harbour Air will fly its first electric seaplane, a De Havilland DHC-2 Beaver prototype retrofitted with a propulsion system from Seattle-based electric aviation company MagniX. It’s a first look at what electric commercial flight could be, and as it draws upon a sophisticated, global and continually improving network of battery makers while the cost of batteries continues to decrease, it has room to grow. “Because of airborne mobility development, this technology is unstoppable, and it’s getting more practical as every day goes by,” says Greg McDougall, Harbour Air’s CEO. “The brainpower and money involved is snowballing, and there’s no doubt we can roll out what we’re doing to other small airlines.” It’s an infectious enthusiasm, but it just might take to the air elsewhere, too.

Get Sparklines delivered to your inbox. Sign up here. And subscribe to Bloomberg All Access and get much, much more. You’ll receive our unmatched global news coverage and two in-depth daily newsletters, the Bloomberg Open and the Bloomberg Close.