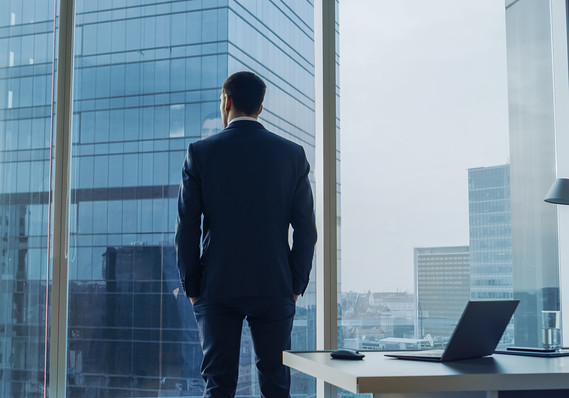 Google could become your wealth manager or mortgage underwriter one day.

The catch is Google GOOG, +1.79% GOOGL, +1.86%  will need to get the green light from lawmakers on Capitol Hill to launch a personal checking account service.

Julien Courbe, asset and wealth management advisor at consultant PwC , sees a future where more technology companies provide banking services. However, he does not see big tech going at it alone, which could strengthen their case with lawmakers.

“Big tech is not interested in acquiring banking licenses in the future but they will partner with banks,” he said.

Google is following this strategy.

The tech giant has said it is not applying for a banking license. Instead, it is using a partnership with Citigroup CITI, +0.31%  and Stanford Federal Credit Union.

Still, Jackson Mueller, associate director at the Milken Institute financial markets divisions couldn’t even wrap his head around why Google would attempt to move forward with the personal checking account plan “at a time when there is so much political pressure on big tech.”

“There’s already a huge concern with bigness in the technology sector and on the banking side you hear [Presidential candidate Elizabeth] Warren talking about breaking it up.”

Google’s plans are so new and it’s not clear what approvals they or Citi will eventually need.

But the attitude of law makers is crucial.

Google must have a sense they can succeed or they wouldn’t subject themselves to regulatory scrutiny, he said.

Tech companies like Google are willing to subject themselves to regulatory scrutiny if “the opportunity is big enough to entice them to go after it,” Pompliano added.

Read: Google plans to offer checking accounts — why so many tech companies want to be your bank

“Google is very serious about this,” he said. “We’ve seen a number of data points which shows they’ve been highly successful with their payment services which emboldens them to continue to pursue these various financial services with their distribution.”

Even before the Google announcement, the U.S. House Finance Committee had scheduled a hearing for later this month on the role of big data in financial services.

Mueller said “wouldn’t be surprised if in the next month or two we get a public hearing” that focuses squarely on the Google announcement.

“I think what’s happening is that Google is going to continue to build a whole bunch of financial services. There’s no reason why a mortgage underwriter in the future couldn’t say ‘just give me your Google account’ and now I can pull your credit card and banking history,” Pompliano said.