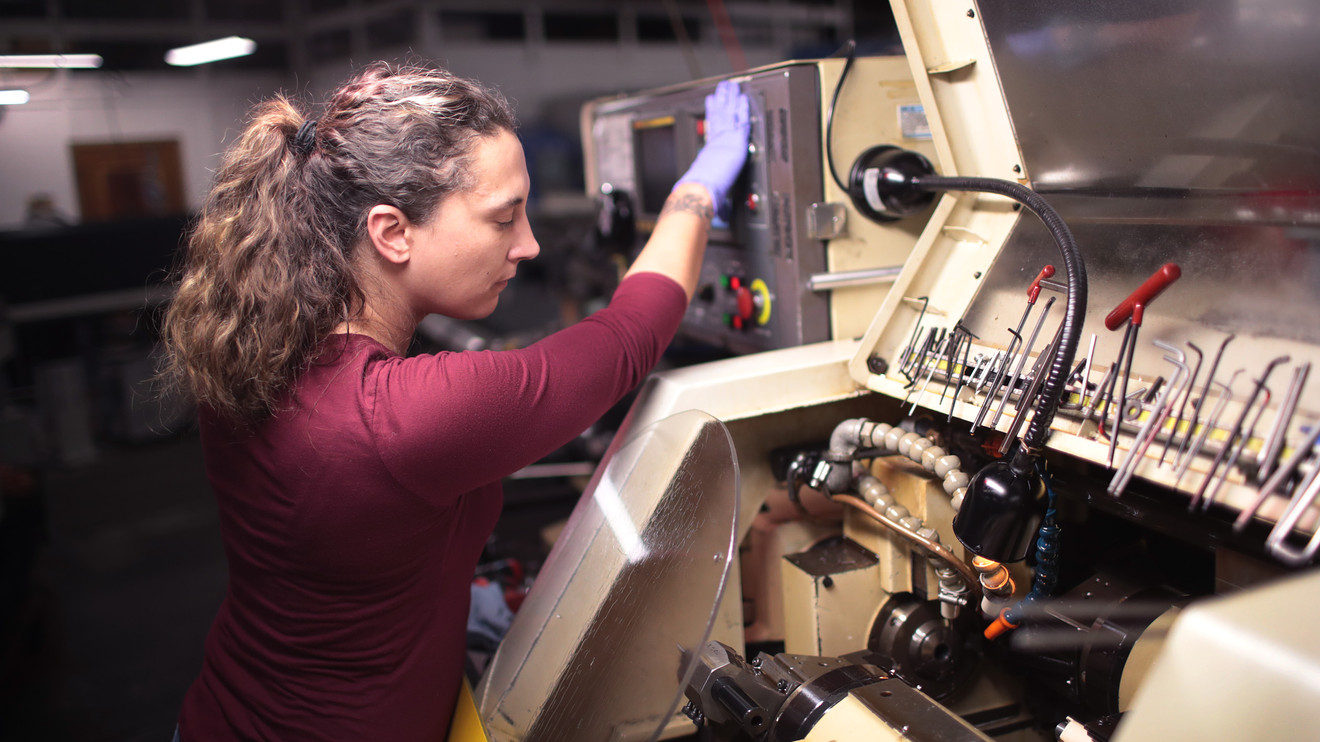 The mood on Wall Street is decidedly bullish, as investors watched the benchmark S&P 500 index notch its fourth consecutive record close on Friday amid rising optimism that the U.S. and China are headed toward an agreement that could ease tensions over trade and create much needed certainty for U.S. corporations as they plan for 2020 and beyond.

The new highs in the stock market have been accompanied by a steady rotation into cyclical and value stocks, investments that typically outperform during periods of accelerating economic growth.

But neither corporate earnings nor economic data has yet to corroborate this rally and stock rotation, and therefore the market may be getting ahead of itself and due for a pullback, analysts and investors told MarketWatch.

“We quickly went from the consensus thinking we were on the cusp of recession and investors being very, very cautious, buying up the quintessential safe havens, to a much more risk-on, bullish economic view,” said Douglas Cohen, portfolio manager at Athena Capital Advisors, in an interview. “In the short term, that’s gone a bit too far and sets us up for at least a pause, and my guess is in 2020 sentiment will start to become more fragile and volatile.”

Recession fears have indeed ebbed, driven in large part by the Federal Reserve’s move to cut interest rates by 0.75 percentage points over the course of its three most recent meetings, a policy change that helped boost confidence about future economic growth and which helped return the U.S. Treasury yield curve to a positive slope.

Meanwhile, the proportion of investors who predict an economic recession in the next 12 months fell from 25% in September to 21% in November, according Bank of America Merrill Lynch’s credit investors survey, the sharpest two-month drop in 3 years.

But evidence indicates that economic growth will continue slow, even if fears of a recession were overblown.

“The U.S. economy is not falling on a cliff, but the domestic economy is continuing to slow,” Lydia Boussour, senior U.S. economist at Oxford Economics, told MarketWatch. She expects GDP growth to decline from 2.3% this year to 1.6% in 2020, with growth held down by continued weakness in business investment and a U.S. consumer that will remain healthy, but whose situation will cease improving as job growth slows. “There will be material deterioration in the economic outlook by March of next year,” she said.

Meanwhile, economic growth in the fourth quarter of 2019 looks less than promising after a sharp decline in industrial production in October helped shift the Atlanta Fed’s GDPNow estimate to just 0.4% growth in the final three months of the year.

Boussour expects that while some sort of trade agreement between the U.S. and China will be reached, higher tariffs will likely remain in place, and these added costs along with an environment of slow economic growth, low unemployment and rising wages will make it difficult for S&P 500 companies to grow profits significantly next year, after earnings-per-share growth has been essentially flat in 2019.

With the S&P 500 trading at 17.5 times forward earnings, Athena’s Cohen said, “we’re no longer cheap. You’re going to need earnings growth to kick in next year,” to justify the market’s current price and “it’s going to be difficult to get that growth,” he said.

Global growth to bottom out, but not rebound

American companies shouldn’t count on a rebound in growth abroad either to boost earnings. Boussour predicts global economic growth will come in at 2.5% in 2020, the same rate as in 2019, and down from 3.2% growth in 2018, with growth in China slowing from 6.1% to 5.7%, as the world’s second-largest economy contends with higher trade barriers and its ongoing effort to reduce economy-wide debt loads.

Other major economies like Europe and Japan will benefit from global monetary stimulus from central banks, while the global manufacturing sector’s downturn may bottom out, according tot the JP Morgan’s global manufacturing PMI index, which ticked up in October after 18 consecutive months of declines. “Even if you see a bottom, that doesn’t mean that an upturn is in the cards,” Boussour said.

None of these trends should be bullish for the ongoing rotation from growth and momentum stocks to value stocks, particularly in cyclical sectors, including materials, industrials and financials. “The fast snap of classic momentum stocks not working and value starting to work, that caught a lot of folks by surprise,” said Mark Stoeckle, CEO and senior portfolio manager at Adams Funds said.

“The problem we have with declaring it’s time to buy deep cyclicals and value stocks is, when you look for the earnings growth, it’s not easy find,” he added. “Value has outperformed, but making the ‘all clear’ signal is premature.”

Cohen agreed, arguing that growth stocks will regain leadership once the reality of a slowing economy sets in. “The rotation is likely to not last all that much longer simply because the key variable that supported growth stocks was a moderate growth and a low-interest-rate environment, and that’s where we’ll be in 2020,” he said.

The week ahead will provide more grist for the mill to help investors understand the trajectory of the economy, including flash readings of IHS Markit’s U.S. purchasing managers indexes for the manufacturing and services sectors on Friday.

Other important releases include data on U.S. housing starts and building permits for the month of October due on Tuesday, and weekly jobless claims, existing home sales, and a reading of the Conference Board’s leading economic indicators on Thursday.