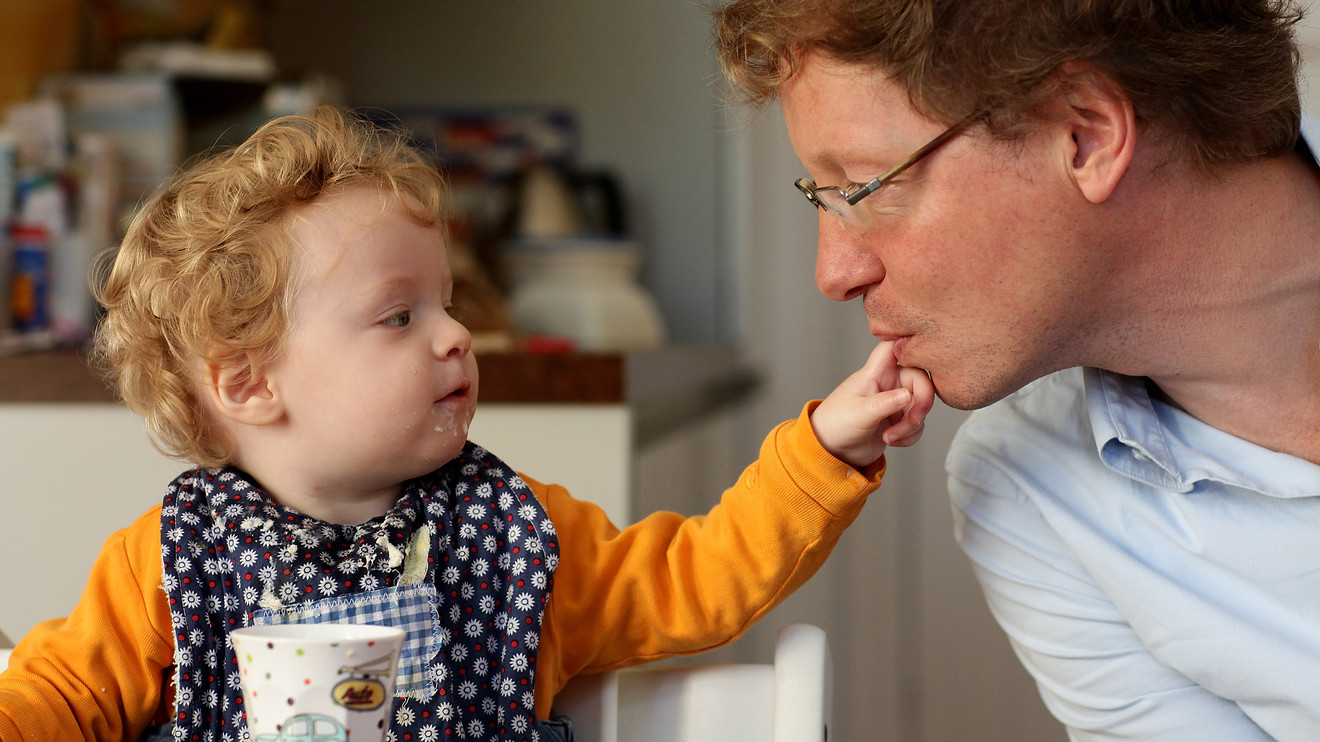 Those are the findings of a new study that examined German parents’s life satisfaction between 1984 and 2015. Researchers from the University of Zurich looked at nationally representative survey results over that period from 12,000 men and 18,000 women. The study was published in the peer-reviewed journal Gender & Society.

In the 1980s, moms were less satisfied with their lives than childless women, but that “maternal happiness gap” has closed, researchers found. Women with or without children reported the same levels of life satisfaction. And though dads are taking on more child-care duties, men who have kids are just as happy as their childless counterparts, and their life satisfaction has improved, the researchers found.

Researchers attributed parents’ increased happiness to mothers and fathers sharing child-care duties and to Germany’s parental-leave policies. “These family-friendly political measures are not only significant for equality between the sexes,” said lead author Klaus Preisner. “They are just as important for their role in improving life satisfaction of parents and thus ultimately of children.”

Time with the baby — and a paycheck

Mothers in Germany get six weeks of leave before birth and eight weeks after their child is born — all at their full salary, according to Working Mother magazine. On top of that, both moms and dads can take up to 24 months of paid parental leave between a child’s third and eighth birthdays.

Working parents in the U.S. are significantly more constrained. Federal law mandates that companies with 50 or more employees provide 12 weeks of leave during the first year of a baby’s life, but it’s not paid. About 66% of American workers have access to paid leave, according to the latest figures from the Bureau of Labor Statistics.

The cost of child care

Americans families also have a ways to go in divvying up domestic chores: women who work full-time spend more hours in their day tending to children, cooking, and grocery shopping than men who work full-time, according to the 2018 American Time Use Survey from the BLS. Men spend more time working and on sports and leisure activities than women do. Women spend more time on “personal care, including sleep” than men do.

See also: Giving this one free gift to your wife should transform your marriage

About half of working parents in the U.S. — 53% of moms and 51% of dads — say being a working parent makes it more difficult for them to be a good parent, a recent Pew Research Center analysis of U.S. Census Bureau data showed.

A similar percentage of working mothers (54%) say they’ve had to cut their work hours and 51% say “they’ve felt like they couldn’t give 100% at work,” Pew found. That compares to about 44% of dads who have had to reduce their working hours, and 43% feeling that they couldn’t give their all.

“Despite these challenges, many working parents — including about eight-in-ten full-time working mothers — say their current employment situation is what’s best for them at this point in their life,” Pew found. The analysis didn’t indicate whether parents came to this conclusion by choice or because of financial necessity.