Home
Stocks
Cannabis Watch: All the excuses cannabis companies are making for an ugly crop of earnings
Prev Article Next Article 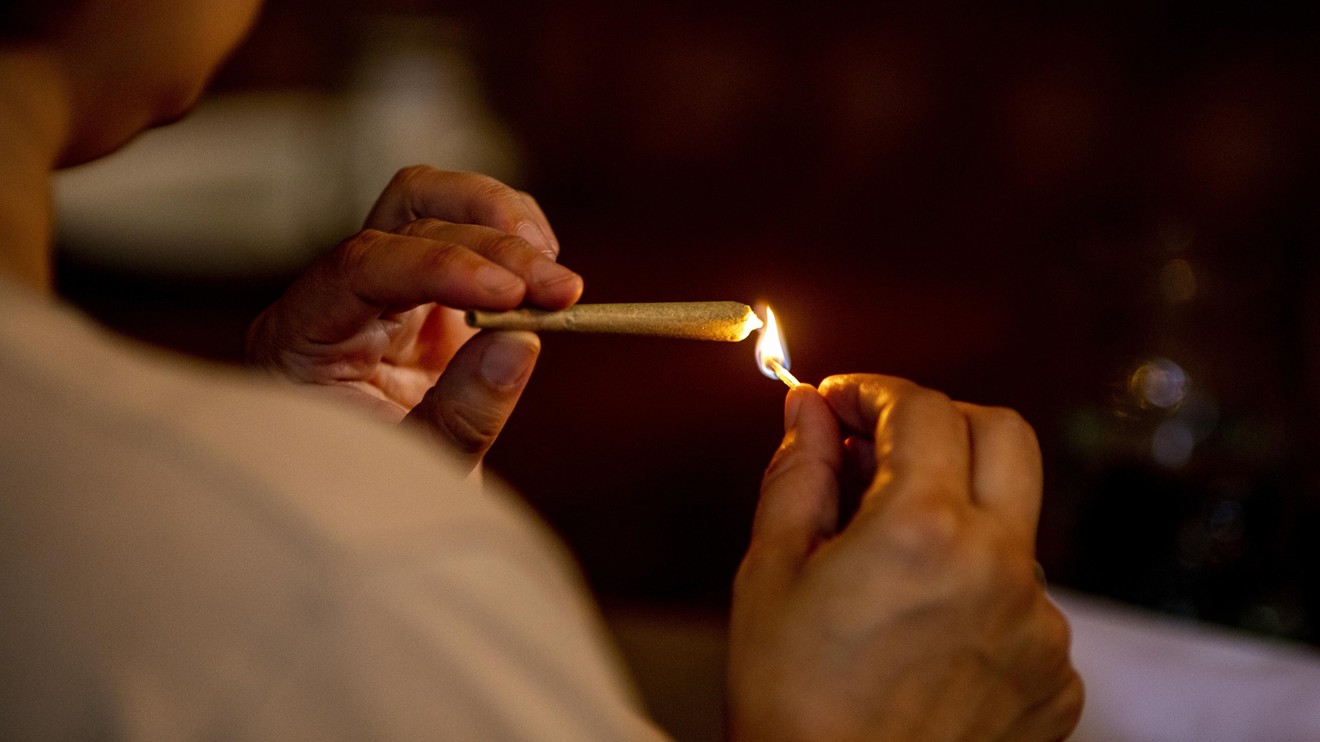 Cannabis companies just suffered through possibly the ugliest week of an ugly year, but they all have excuses.

In a flood of earnings reports that pot companies released just ahead of the mandated deadline for quarterly updates, companies proved that they have not been very good at figuring out how to grow, package, distribute and sell the long-illegal plant. Investors punished pot stocks in response: In the past week, the ETFMG Alternative Harvest ETF MJ, -2.27%  declined 14.5%, the Horizons Marijuana Life Sciences Index ETF HMMJ, -3.04%  fell 17.2% and the Cannabis ETF THCX, -1.73%  fell 15.8%.

Much more was expected amid the anniversary of weed being legalized for adult recreational use in Canada, the first industrialized nation to do so, and ahead of the coming launch of legal edible and vaping products, commonly referred to as “Cannabis 2.0” in the industry. Executives who had promised much more were forced to say on earnings conference calls this week why they were struggling to sell a product that is obviously popular, and they mostly focused on four reasons for their poor performance.

Not enough retail stores, especially in Canada’s most populous province

Bricks-and-mortar retail locations have been far slower than expected, with Ontario — the country’s most populous province, with roughly 14.6 million residents — opening a total of 25 private stores so far. While Ontario isn’t the only province to have an inadequate number of retail shops (Quebec’s government-run stores, too, aren’t as numerous as executives would like), other provinces such as Alberta have allowed several hundred private locations to open.

• “[T]he market opportunity today is simply not living up to expectations and at the risk of oversimplifying, the inability of the Ontario government to license retail stores right off the bat has resulted in half of the expected market in Canada simply not existing,” Canopy Growth Corp. CGC, -3.22% WEED, -3.20%  Chief Executive Mark Zekulin said. “Ontario represents 40% of the country’s population yet has one retail cannabis store per 600,000 people. When one year into the market the addressable market is nearly half what is expected, there is going to be meaningful short-term problems.”

• “Looking at our business geographically, the challenges in the Canadian market are ongoing with a limited number of retail locations and a supply-demand imbalance,” Tilray Inc. TLRY, +0.61%  Chief Executive Officer Brendan Kennedy said.

“There are still a lot of retailers in the U.S. that will not — they will not buy or they won’t sell. They won’t stock products that contain CBD and are edible, digestible, and so nutritional supplements, dietary supplements. They are waiting for some clarification from the [U.S. Food and Drug Administration]. And that’s where a large part of the market in the U.S. is right now in terms of digestible products.”

• “Now, you say that there have been indications that the retail infrastructure would not be there. Well, yeah, but that’s true, and we’ll take our lumps on that,” Aurora Cannabis Inc. ACB, -17.02% ACB, -18.04%  Chief Corporate Officer Cam Battley said. “As long as everybody else does too. And I don’t just mean other producers, analysts and observers across the board, I think, anticipated that there would be more retail infrastructure available by now than there is.”

• “In terms of profitability, and as Cam mentioned earlier, I don’t think there’s any of us on this call that we’re expecting Ontario a year after legalization to be sitting on 24 stores,” Aurora Chief Financial Officer Glen Ibbott said in the earnings call.

• “The infrastructure for the adult-use cannabis market is still in its infancy and is slowly being developed,” Cronos Group Inc. CRON, -7.92% CRON, -7.42%  CEO Mike Gorenstein said. “The number of retail stores, as well as warehousing and logistic needs are in the process of catching up to meet the demand of consumers. As a result, we are still not able to fully reach the long term total addressable market represented by this population.”

Too much weed, too little weed, nobody wants the weed we grew

As recreational legalization has rolled forward, supply problems have lessened to some extent. According to Tilray’s Kennedy, high-quality marijuana flower is still relatively difficult to acquire in bulk on the open market, and there are shortages of strains and products in high demand. That isn’t always the case: Sundial Growers Inc. SNDL, -3.99%  said during its third-quarter earnings that it processed roughly 3 tons of one strain into oil because it had grown too much for what was demanded. And cannabis oil products aren’t selling anywhere near the amount some companies thought consumers would buy.

• “Some LPs, including ourselves, we put some product aside for 2.0, and getting ready for this derivative market, if you will, its higher value market,” Aurora CEO Terry Booth said. “So,some of our higher-cost-range [products] weren’t as available to these provinces, because we were saving it and we were extracting it and we’re creating pens and gummies and cookies and things like that, are going to be available for 2.0.”

• “MediPharm remains probably one of the biggest buyers of wholesale cannabis in Canada. So we really get inside on cost overall on that wholesale pricing, we have seen an decrease month-over-month is some of that pricing, mostly based on supply. But as a high-quality producer, we are focused on high-quality flower as well. So that drop would not be as significant as kind of throughout the whole industry,” MediPharm president Keith Strachan said.

• “During the summer, the provinces feasted on the supply that was available and stocked their shelves to the limits,” Aurora’s CEO Booth said. “And that was maybe a good idea in their minds because they’re not going to have supply issues for the retailers anymore, but it also affected the next quarter in which they didn’t buy as much.”

• “Supply-demand is a little bit tricky because there’s so many sub-categories of the products. So I would say we’re getting close to supply-demand balance on low-quality byproduct and for low-potency product. But for high-potency product and products that consumers want, there is just not enough supply,” Tilray CFO Mark Castaneda said. “I think we’ll see the same thing in the 2.0 products, especially as we start out of the box. It’ll be pretty lumpy as people ramp up their manufacturing processes, but maybe within a year we might be within a good supply-demand balance, in Canada at least.”

• “One of the reasons we liked having an indoor facility is — the first large facility we built is the ability to have optionality and being able to pivot from cultivation to downstream manufacturing,” Cronos CEO Gorenstein said. “I think that when we look forward and the fact that right now there is — due to the number of retail stores, we think that there is headwinds in terms of oversupply, makes sense for us to kind of really take this as the perfect opportunity to begin converting for more in-house manufacturing for derivative products.”

The illegal market for weed in Canada is still thriving. According to Statistics Canada, about 29% of all cannabis consumers in the country obtain their weed from a legal source.

• “Now we’re going to be adding numerous different product lines to truly meet the mandate of the Trudeau government and the UN Convention when you legalize about cannabis you have to show that you’re going to be competing with it or reducing the grey market,” Aurora CEO Booth said. “This 2.0 is going to do that, and it’s going to allow the retailers to do better off, it’s going to increase the sales on high-value products, and it’s going to bring in more users that are already in the system but still choosing to go to the gray market.”

• “There is sufficient supply for an orderly store rollout to happen now as it did in Alberta over the past year and until this happens the cannabis sector cannot reach its full sales potential and cannot convert consumers from the illicit market into the legal market,” Canopy CEO Zekulin said. “Having said that, the stores will open, Cannabis 2.0 product launches will come and the size of prize will still materialize for Canopy because we have the strength, resources and build out to weather the short-term storm.”

Whoa, whoa, whoa… What about Europe?

Cannabis companies in Canada have been talking about their global ambitions for several years, in part because Canada’s population of roughly 38 million people makes it a relatively small market. Weed companies both large and small have expanded or established operations in Africa, Asia, Central and South America, and speak often about the opportunities. With a population of more than 500 million, the European Union is a massive potential market and medical marijuana in Germany is an early prize, but is once again an example of a market that weed suppliers have mentioned often but have yet to actually show financial gains from it.

• “In Europe I think what we’re seeing — and again this goes back to my comment on guidance — and why we’re being hesitant to provide guidance at this point, a lot of it is certainly driven by regulation,” Cronos CEO Gorenstein said.

For more: Cronos turns lower after kicking off cannabis earnings with revenue miss

• “As I mentioned earlier, we expect to significantly ramp our exports from our EU Campus very soon,” Tilray CEO Kennedy said. “… Our processing capacity is greater than our cultivation capacity, so we have ample runway to grow, scale and prepare finished goods with raw materials from third parties in addition to our own cultivation capacity.”

• “Proving and earning GMP status and keeping it current will be the next game-changer for MediPharm Labs,” CEO McCutcheon said. “It will unlock opportunities for high-margin sales across certain legal global markets, including in Asia, and larger consuming jurisdictions in Europe. We have a growing portfolio of license, which are already imposed strict requirements on our manufacturing process.”

• “We expect a higher rate of growth in our international markets,” Aurora CFO Ibbot said in the conference call. “And over the last quarter, I’ve been adjusting strains under cultivation at our EU GMP facilities to better meet the needs of the European markets. We have also been growing our sales force in Germany and believe we continue to have the leading market share of natural medical cannabis.”