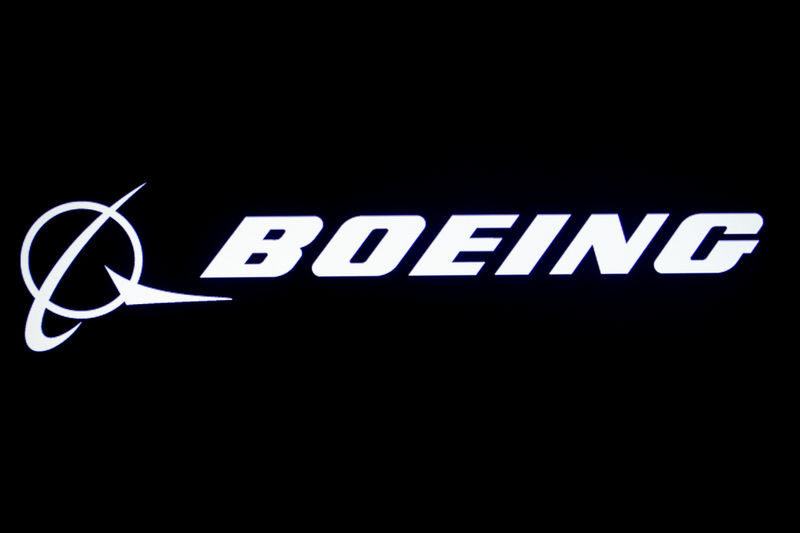 By Stanley Carvalho and Alexander Cornwell

DUBAI (Reuters) – Gulf airlines Emirates and Air Arabia spent a combined $30 billion at list prices on Airbus (PA:) jetliners as the Dubai Airshow burst into life on Monday, while Boeing (N:) won a symbolic first official order for the 737 MAX since its grounding in March.

Emirates threw its weight behind the Airbus A350 with an expanded order for 50 jets worth $16 billion, but shelved plans to order the slightly smaller A330neo as the Middle East’s largest carrier embarked on a more diversified fleet structure.

The firm order, signed in front of reporters on day two of the Nov 17-21 show, drew a line under the A380 superjumbo, the world’s largest airliner which Airbus had decided earlier this year to close, prompting Emirates to order mid-sized planes.

Under its original plans tentatively announced in February, Emirates would have ordered 40 upgraded A330neos and 30 slightly larger A350-900s. It decided instead to opt for 50 of the lightweight A350s, citing in part the impact on lower emissions.

“Together with the A380, the A350 will give us more capacity and flexibility. We will be able to expand to new markets with these aircraft,” Emirates Chairman and Chief Executive Officer Sheikh Ahmed bin Saeed Al-Maktoum said.

Analysts said the deal cemented the position of the A350 at Emirates after it canceled a previous order for A350s in 2014.

But it also raised questions over production rates for the once highly profitable A330 family, which has been aiming for a new lease life after switching to new Rolls-Royce (LON:) engines.

The A350 gives Emirates greater room for growth than the A330neo though the airline has not definitively shut the door on the jet, an update to A330 models it has operated before.

Airbus Chief Executive Guillaume Faury denied reports that Airbus is also looking at a future engine upgrade of the A350, something experts warn might dampen current demand for the jet.

Sheikh Ahmed said Emirates remained in talks with Boeing on firming up the order. But industry sources said that could come at a cost to Boeing since Emirates would in exchange reduce an order for 150 Boeing 777X after deliveries were pushed back by a year, which the airline complains is holding back its growth.

Reflecting growth among budget carriers, Sharjah-based Air Arabia ordered 120 Airbus A320neo and A321neo jets in a deal worth around $14 billion, the biggest in terms of units so far at the Middle East’s largest aerospace event.

Airbus and Boeing are pushing for order endorsements from customers that have been frustrated with plane and engine makers over delays in deliveries and engine issues.

Boeing is trying to turn the corner over the grounding of its top-selling 737 MAX after two fatal crashes in Ethiopia and Indonesia that killed 346 people within a span of five months.

It was the first firm MAX order since it was grounded in March and confirmed a Reuters report that a deal was close.

British Airways-owner IAG (LON:) signed a surprise letter of intent in June to order 200 MAX, dropping its medium-haul supplier Airbus, but the deal has not yet been finalised.