Home
Stocks
As the market hits new highs, most stocks are sinking
Prev Article Next Article

But on six of those eight days, more stocks declined than advanced (see chart below). 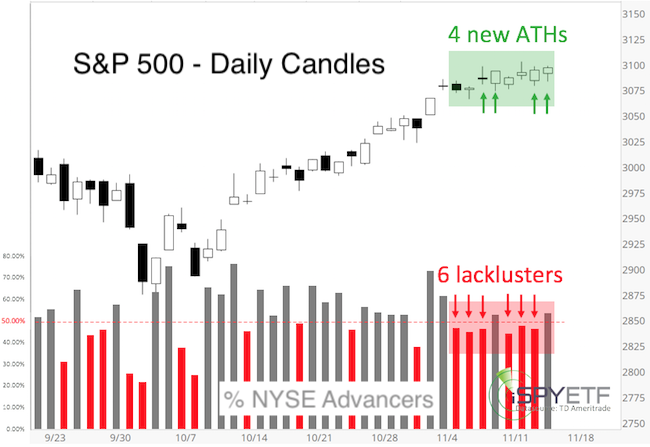 The chart below helps us identify other times the S&P 500 reached new all-time highs as less than 50% of NYSE-traded stocks advanced. We will call those “lackluster” days, which are represented by the bottom blue graph. 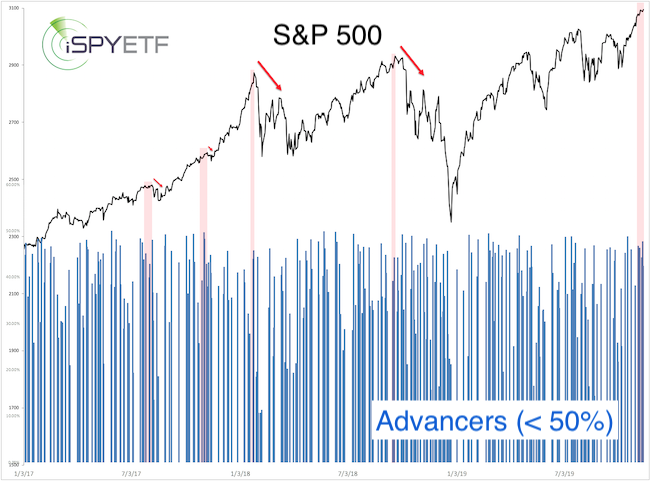 Obviously the first two instances proved to be ominous precursors of worse things to come, but the latter two only saw hiccups.

Just based on those four precedents, one could file this constellation away as a 50/50 scenario. But, like an onion, the more you peel away on the current setup, the more it stinks.

• Percentage of stocks above their 50-day simple moving average. 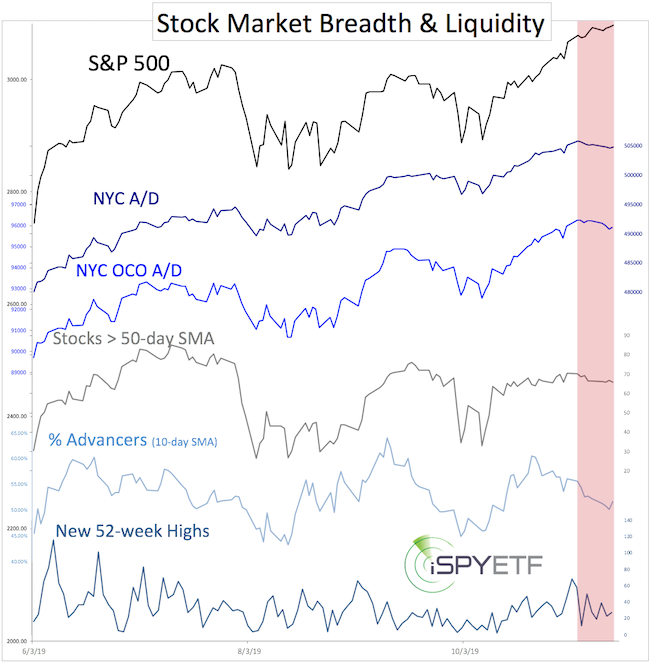 Since then, the S&P 500 has risen to new records (including on Monday), and investor sentiment has cycled from relative pessimism to optimism. Based on a detailed analysis of investor sentiment, current optimism is likely to limit upside.

The S&P 500 has once again tagged a 12-year-old trend line. So far, that trend-line resistance has held. 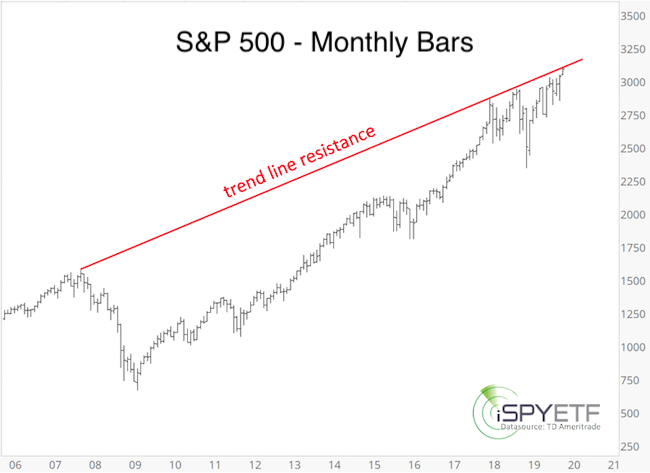 The market obviously respects this trend line, but in my experience, the more obvious a trend line gets, the higher the risk of a break or seesaw.

The S&P 500 is at major trend line resistance and may spike above it. In fact, there is one pattern that projects a “pop and drop” above and back below red trend-line resistance (explained in detail here: comprehensive S&P 500 update).

Unless the S&P 500 can close and stay above 3,100 for a few days and erase the bearish divergences, the weight of evidence suggests there will be a pullback from the all-time high.