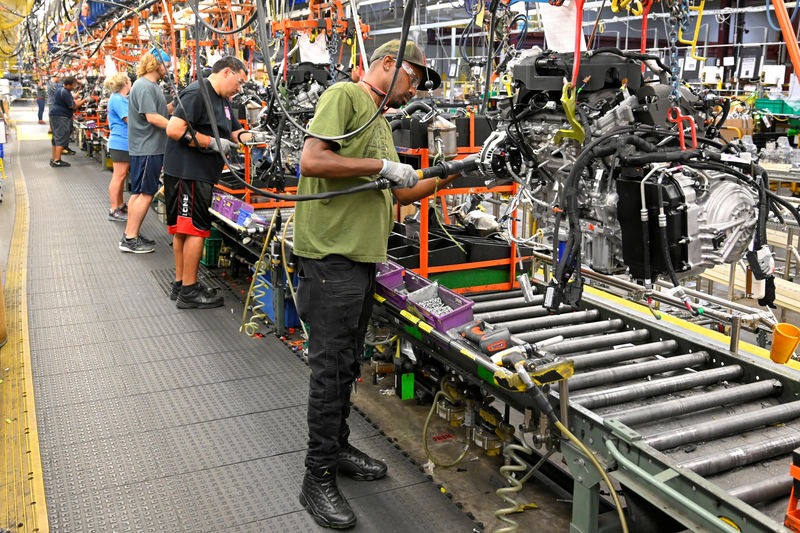 © Reuters. FILE PHOTO: Engines assembled as they make their way through the assembly line at the General Motors (GM) manufacturing plant in Spring Hill

WASHINGTON (Reuters) – California said on Monday it will halt all purchases of new vehicles for state government fleets from GM, Toyota and Fiat Chrysler and other automakers backing President Donald Trump in a battle to strip the state of authority to regulate tailpipe emissions.

The automakers declined or did not immediately comment on California’s announced ban on purchases of their vehicles.

“Car makers that have chosen to be on the wrong side of history will be on the losing end of California’s buying power,” California Governor Gavin Newsom said in a statement.

California purchased $69.2 million in vehicles from Ford over the three-year-period, $565,000 from Honda and none from the German automakers.

The state also disclosed it will immediately no longer allow state agencies to buy sedans powered by an internal combustion engine, with exemptions for certain public safety vehicles.

California’s vehicle rules have been adopted by 13 other states.

The move follows a separate lawsuit filed in September by the states against the National Highway Traffic Safety Administration seeking to undo a parallel determination.

The Trump administration’s final requirements are expected in the coming months and are set to modestly boost fuel efficiency versus the initial proposal, with several automakers anticipating annual increases of about 1.5%. That would be much less stringent than the Obama rules.